The Melancholy Beauty that is Alcatraz

Posted on February 22, 2016 by pearlsandprose

Alcatraz Island is only 1.25 miles (2.01 km) off the coast, so it was a short ferry ride from San Francisco. I missed seeing it in years past because I didn’t know you had to reserve waaaay in advance. It’s a bit easier in the winter when there aren’t so many tourists.

Here’s our ride. We had perfect weather, so I was able to stay outside for photos.

The views from the ferry weren’t too shabby at all: 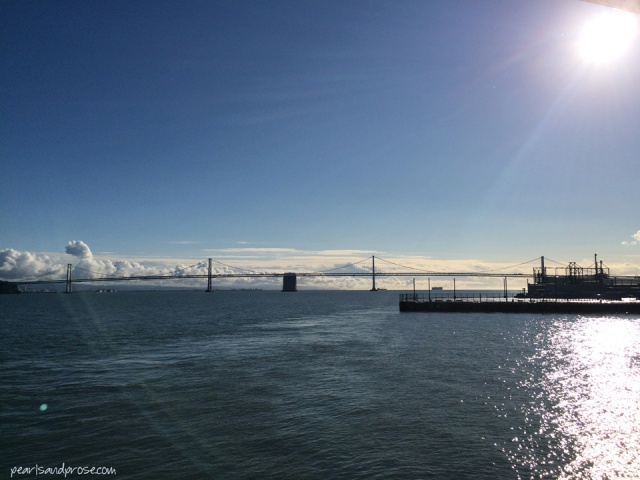 And then, our first sighting of Alcatraz.

In 1846, John C. Fremont, Military Governor of California, bought the island for $5,000.
Then in 1850, President Fillmore ordered that Alcatraz Island be set aside as a U.S. military reservation following the acquisition of California from Mexico after the Mexican-American War.

At first I thought the tall structure was a guard tower. It’s actually the oldest operating lighthouse on the West Coast of the U.S., completed in 1854.

We came in from the north. This is Building 64, which houses a very nice bookstore on the first level. Not sure what they use the rest of the building for now, but it used to be apartments for employees. That’s the main prison on top of the hill.

On our way up to the prison, we took in the beautiful views and other buildings. The contrast between the penitentiary and the surroundings was pretty stark. 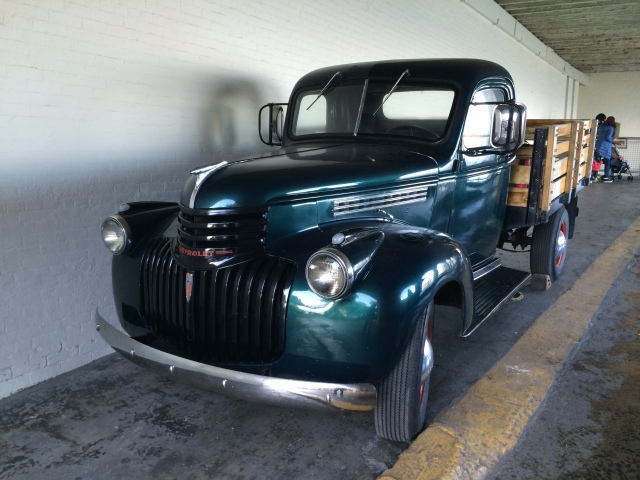 Looks like something from Al Capone’s time, doesn’t it?

This little prisoner was especially poignant. Juan Manuel de Ayala, a Spaniard, named the island “La Isla de los Alcatraces,” or “The Island of the Pelicans.” The name was later shortened to Alcatraz. I really hope someone freed this pelican.

Random fact: The “Birdman of Alcatraz” movie wasn’t quite accurate. Robert Stroud, the Birdman, was jailed with his birds at Leavenworth Prison. When moved to Alcatraz, he wasn’t allowed to keep any pets. Stroud spent 42 years in solitary confinement!

The remains of the Officers Club.

From November 20, 1969, to June 11, 1971, eighty-nine American Indians occupied the island under the Treaty of Fort Laramie. During the occupation, this building, the recreation hall, the Coast Guard quarters and the warden’s home were destroyed by fire.

The main prison block looming above. Construction began in 1909, but before that, in 1867, a brick jailhouse was built and in 1868, Alcatraz was designated a long-term detention facility for military prisoners.

We then entered the prison and basically took the same path as incoming prisoners.

When we walked through this area I was busy taking it in and shooting photos. Looking at it now, I’m kind of creeped out.

B Block. Alcatraz was a federal prison from 1933 until 1963 when Attorney General Robert F. Kennedy ordered the penitentiary closed on March 21.

Some of the more famous prisoners besides the Birdman of Alcatraz were Al Capone and George “Machine Gun” Kelly.

We saw all kinds of cells:

Corridors of the prison were named after major American streets such as Broadway and Michigan Avenue.

The cells were stacked three high. I think they look like rat cages here.

One of the “nicer” cells.

Photography. With a little life thrown in.
View all posts by pearlsandprose →
This entry was posted in photography and tagged Alcatraz Island, Alcatraz Penitentiary, California, San Francisco, San Francisco Bay. Bookmark the permalink.

22 Responses to The Melancholy Beauty that is Alcatraz