Posted on October 30, 2015 by pearlsandprose

Gamla Stan means “Old Town” in Swedish and is where Stockholm actually began in the 1200s. It’s considered one of the best preserved medieval city centres in Europe and is a great place to wander around. I loved this part of Stockholm and would go back in a heartbeat.

Our first stop was the Royal Palace. The offices of the King, the other members of the Swedish Royal Family, and the offices of the Royal Court of Sweden are located here. King Carl XVI Gustaf and Queen Silvia actually reside at Drottningholm Palace 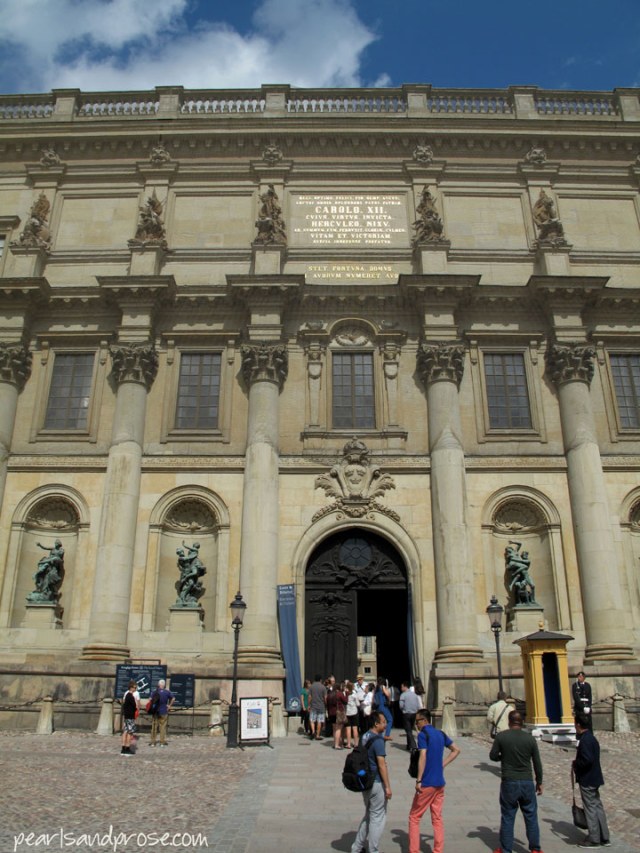 No photos allowed inside, but I remember that it was pretty grand. Here’s one shot I was able to find on the web:

One of the guards. They’ve been guarding the place since 1523.

After touring the palace, we had a couple of hours to eat lunch and sightsee on our own. We headed straight for Stortorget, the oldest square in Stockholm.

Such a beautiful part of Stockholm! So colorful with lots of sidewalk cafes and nice shops. 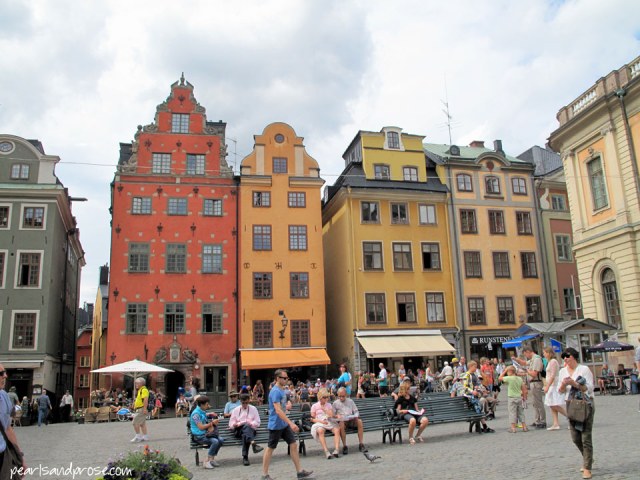 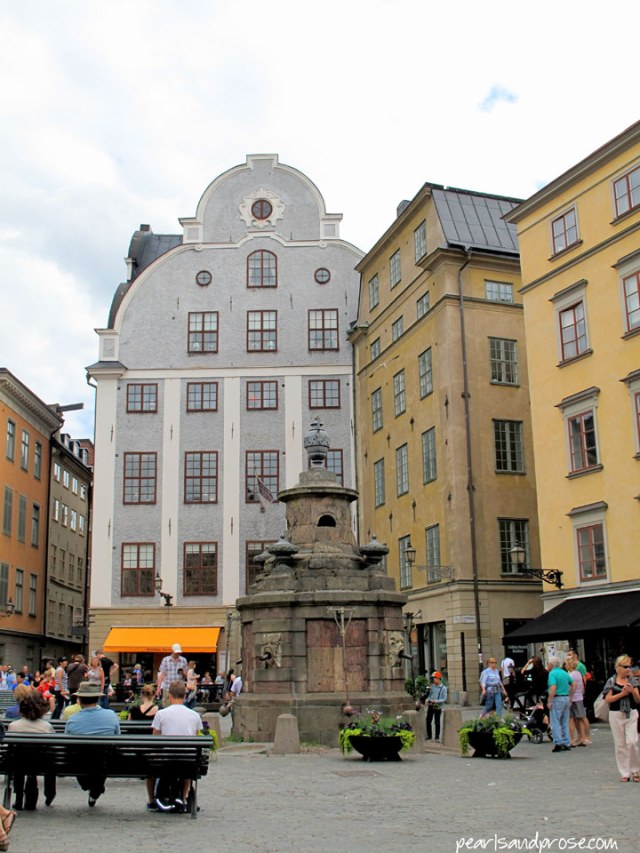 We were lucky enough to get a table outside under that orange awning at Grillska Huset. It was cafeteria style, but quite good. Here are some of the desserts:

Could have stayed there all afternoon, but our time was limited and we really wanted to see the rest of Gamla Stan. 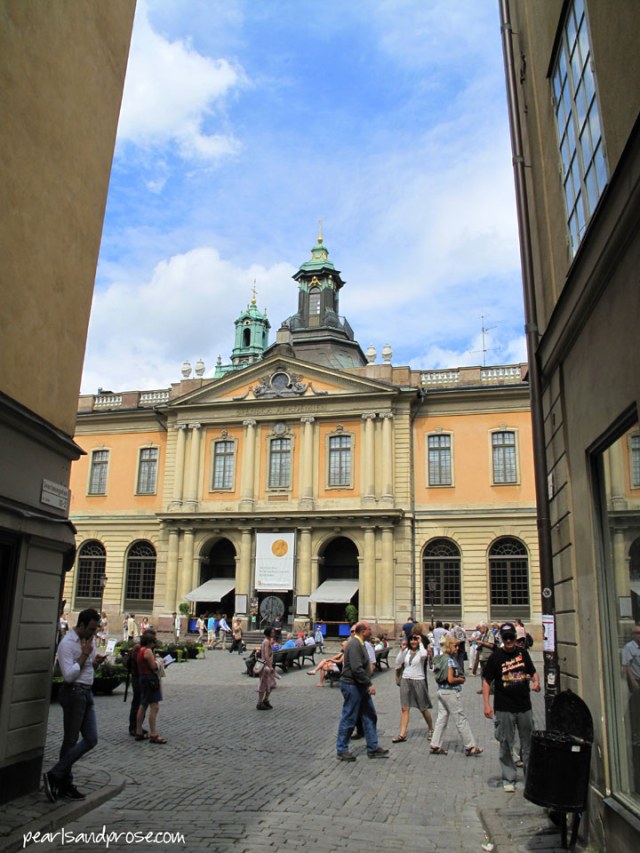 The nearby Stock Exchange. 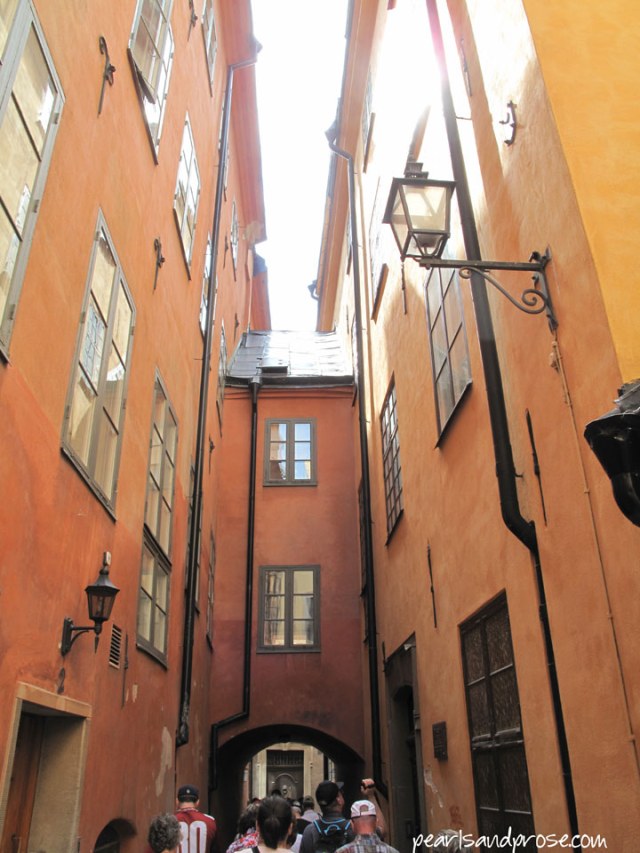 As you can see, Gamla Stan has really narrow, crowded streets. It wasn’t overwhelming, though. Everyone seemed so happy to be there.

Storkyrkan or Stockholm Cathedral is the oldest church in Gamla Stan. Alas, no time to go inside! 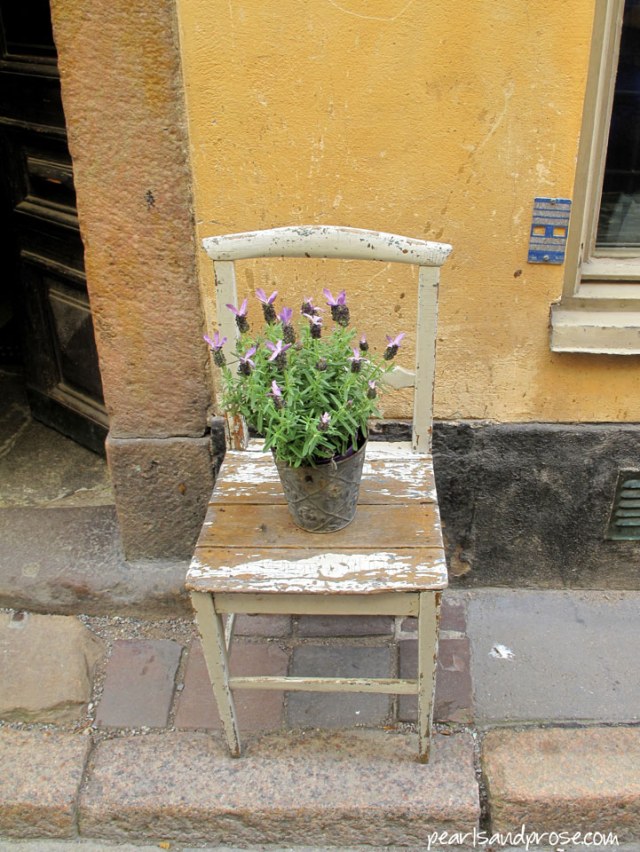 Photography. With a little life thrown in.
View all posts by pearlsandprose →
This entry was posted in photography and tagged Gamla Stan, Royal Palace, Stockholm, Stockholm Cathedral, Stortorget, Sweden. Bookmark the permalink.

18 Responses to Strolling Through Gamla Stan