The city of Rostock, Germany, joined the Hanseatic League in 1251. In the 14th century it was a powerful seaport town with 12,000 inhabitants and the biggest city of Mecklenburg.

As I mentioned in a previous comment, I didn’t realize Rostock was in former East Germany (GDR or DDR) until a few days later. I’m kind of glad I didn’t know, because it exceeded my expectations. Living in West Germany years ago, I noticed that the DDR was not looked upon very kindly.

I was amazed that some parts of the medieval city wall had survived: 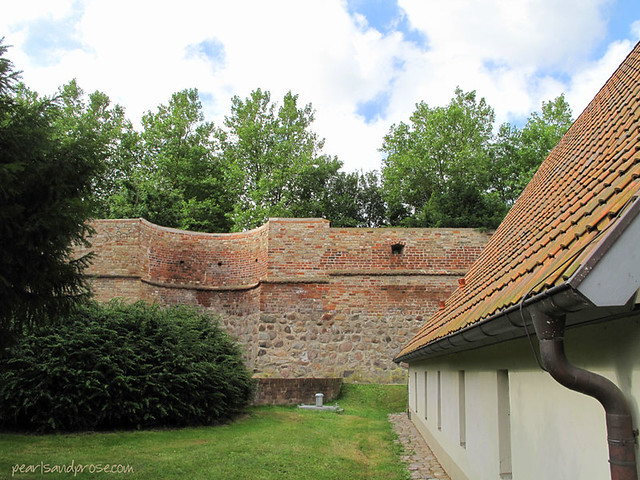 The city was bombed heavily during World War II, so it’s even more surprising that the wall still stands. 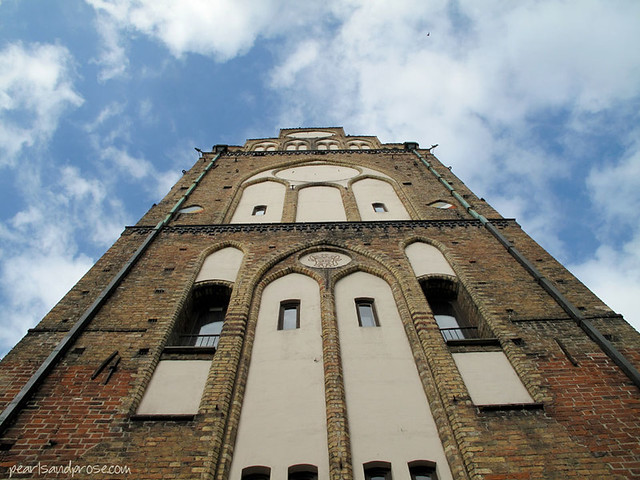 Kröpeliner Tor, one of the surviving medieval city gates. 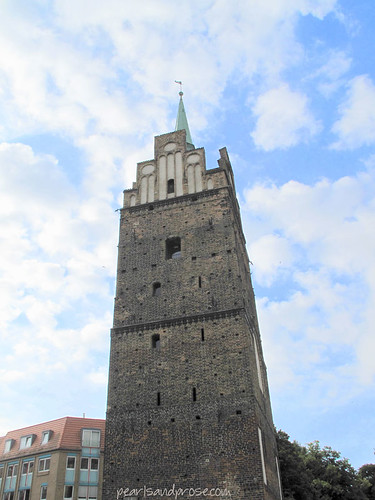 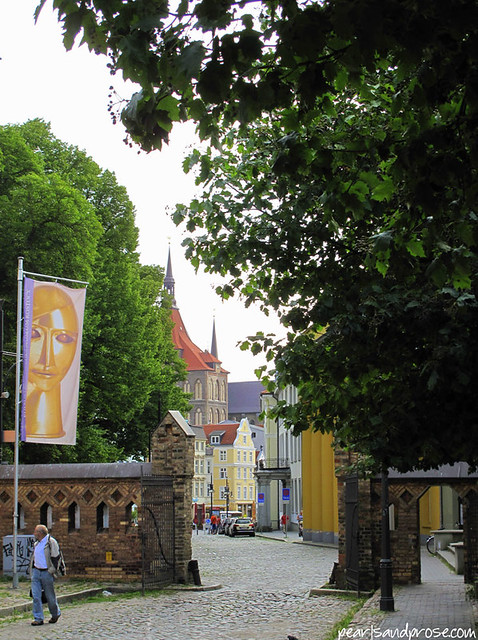 A tiny glimpse of the city. I couldn’t wait to photograph those pastel buildings.

But first, a brief stop at the University of Rostock. 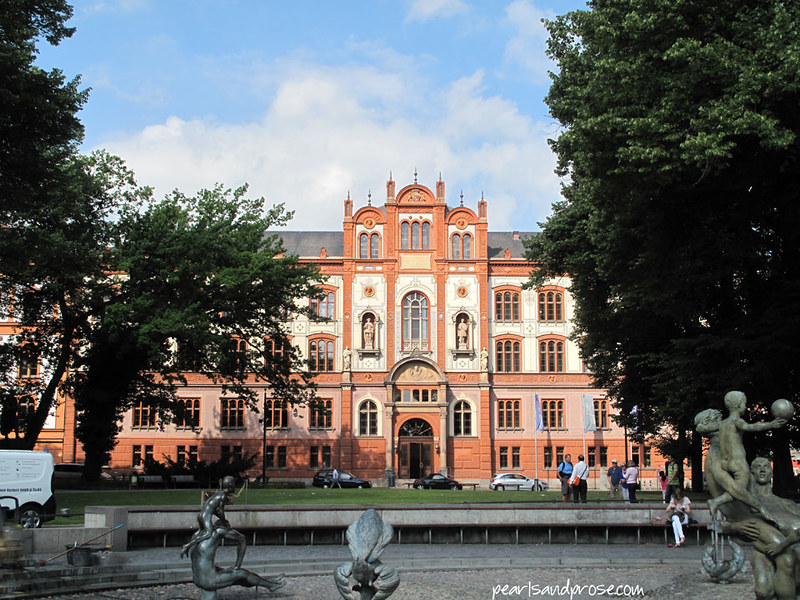 The institution was founded in 1419, making it one of the earliest universities in Europe. 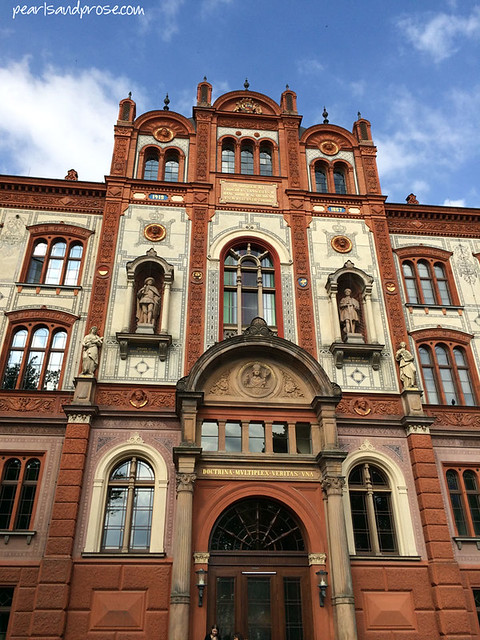 It was the fifth university established in the Holy Roman Empire.
According to Wiki, Albert Einstein and Max Planck received honorary doctorates on November 12, 1919. This made the University of Rostock the world’s first institute of higher learning to award this honor to Einstein. 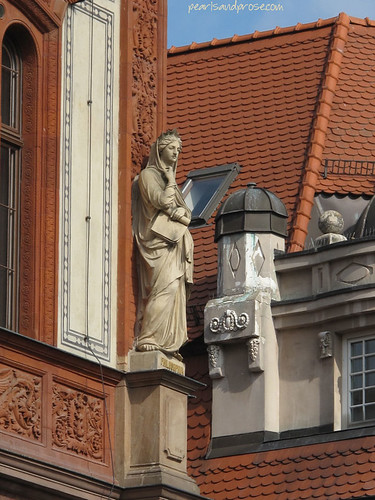 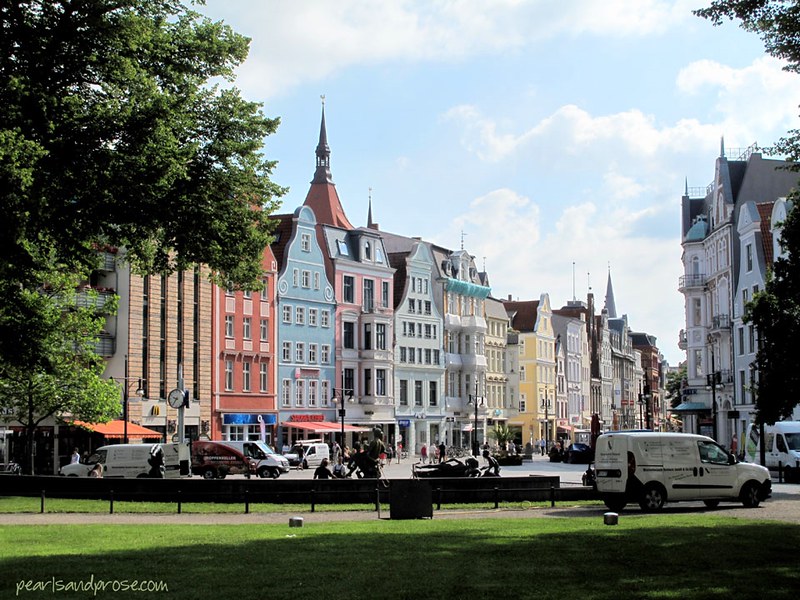 This is the beginning of Kröpeliner Strasse, a shop-filled, cobblestone pedestrian street with the lovely pastel buildings. 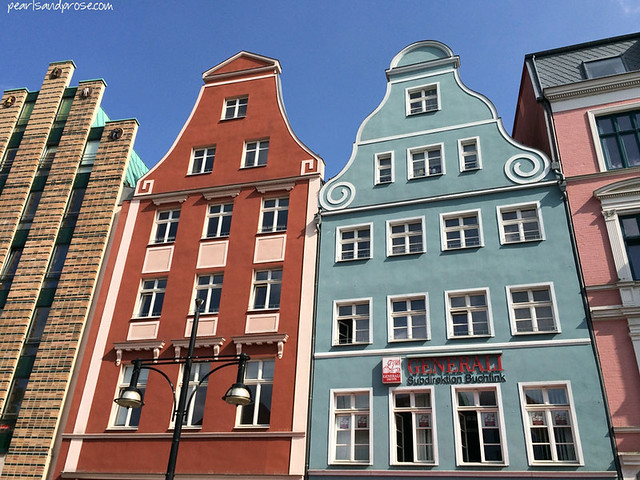 Love the architecture they chose to rebuild with. Dutch Renaissance? 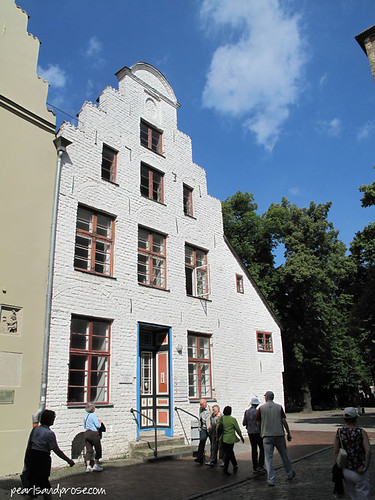 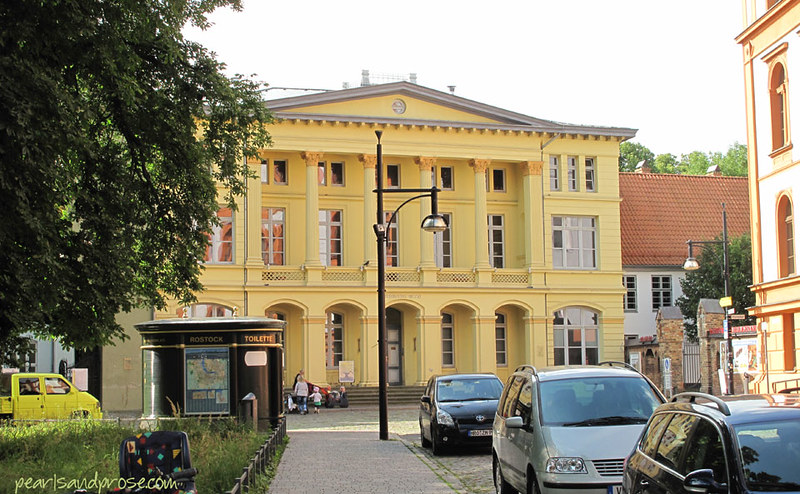 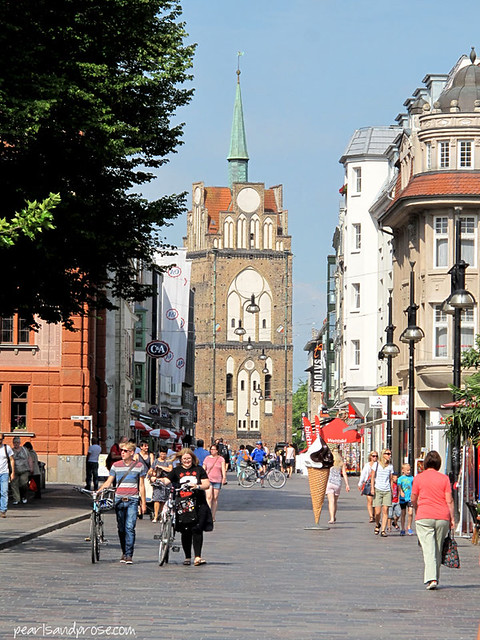 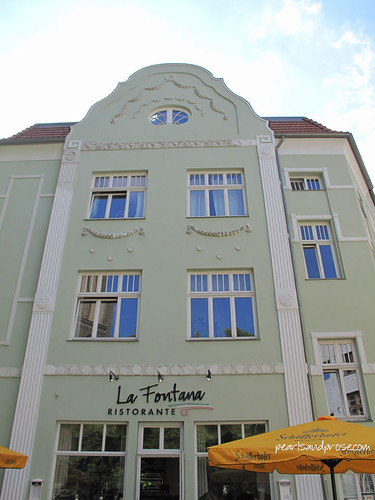 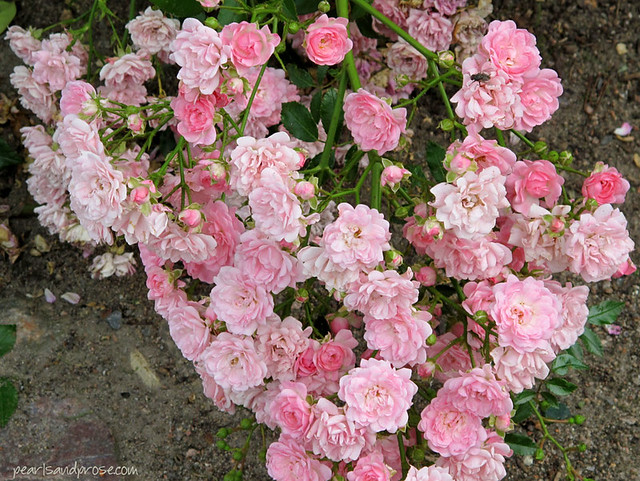 Some roses along the way.

We were able to duck into a bäckerei/cafe for just a few minutes so I could take these shots: 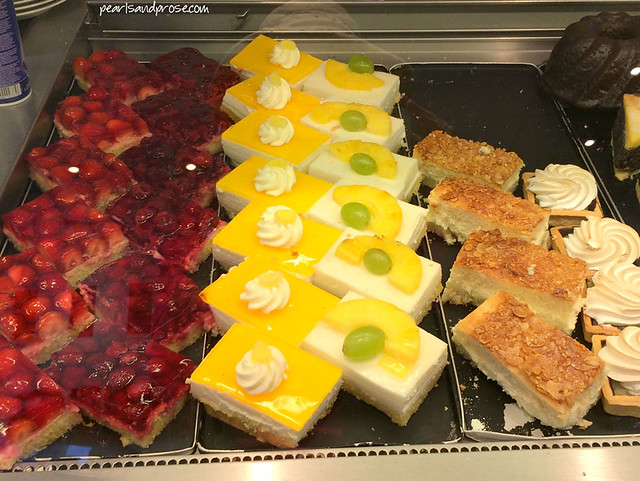 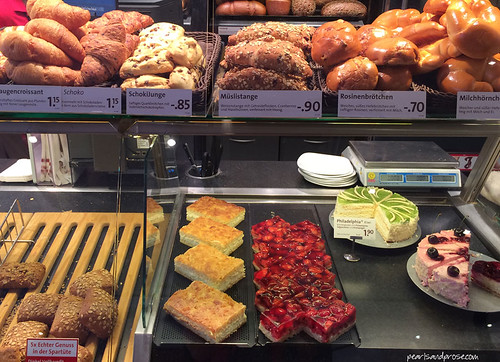 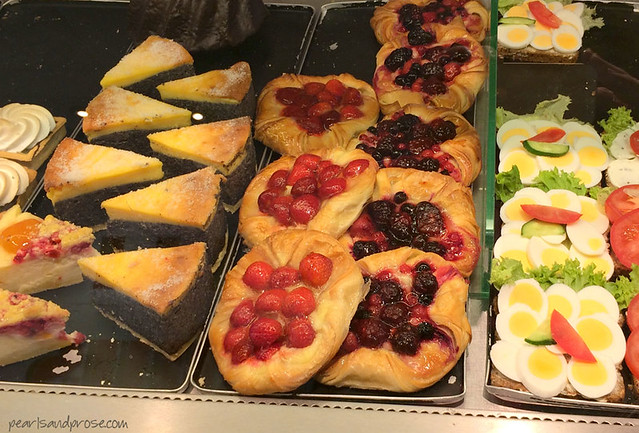 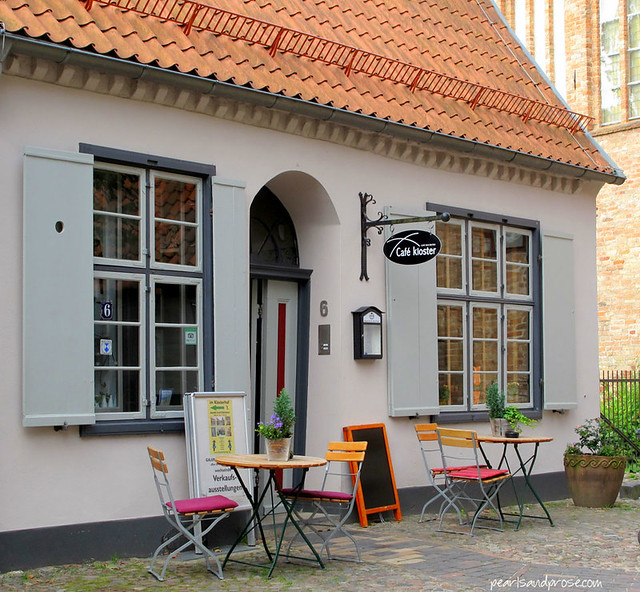 I took the bicycle photo next to this cafe.

16 Responses to Rostock, Part I