After we had lunch at the Farmers Market in L.A., we went to a live taping of Jeopardy! I have wanted to watch a taping of any show since I was a kid, and we are total Jeopardy nerds. 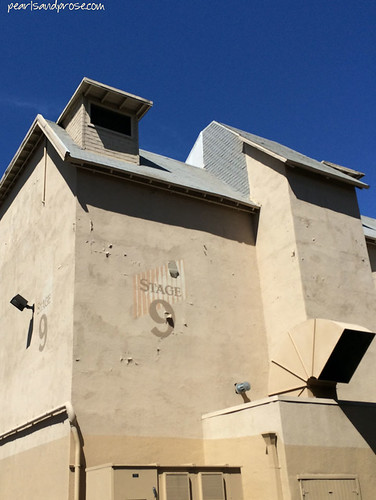 One of the sound stages near the Jeopardy set. 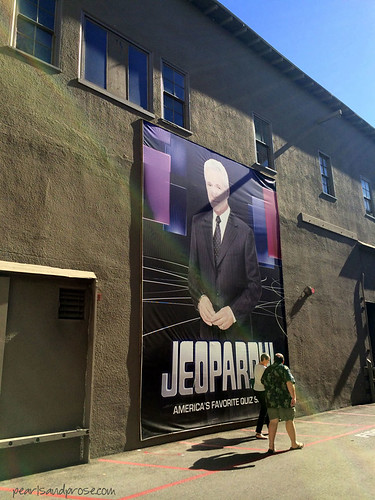 Just outside the studio. 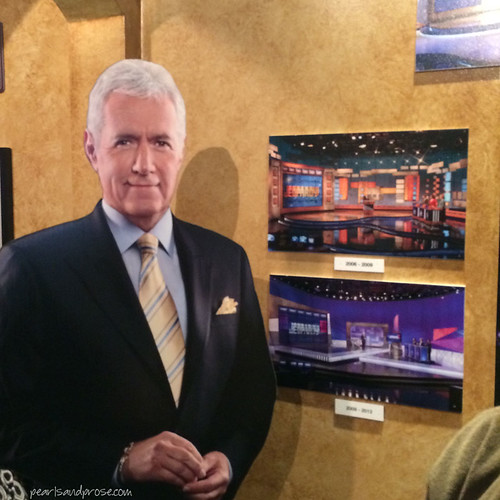 Heeere’s Alex. Or rather, a cardboard cutout. We weren’t allowed to bring “real” cameras on the set, but I had my iPhone and they let us take photos in the hallway. 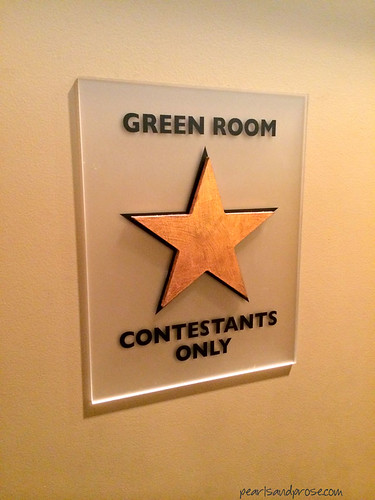 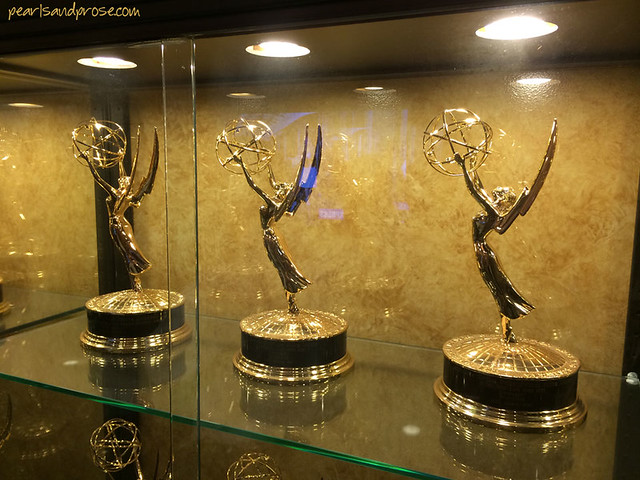 Some of the thirty Daytime Emmy awards the show has received. 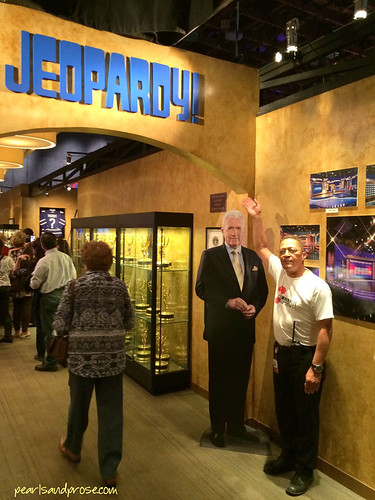 This guy kind of ran the show. He told us when to clap and when to be quiet during the taping. We were told to not whisper the answers because there were microphones above us that could pick up everything. My husband and I couldn’t resist whispering a couple times, but didn’t get kicked out. 🙂 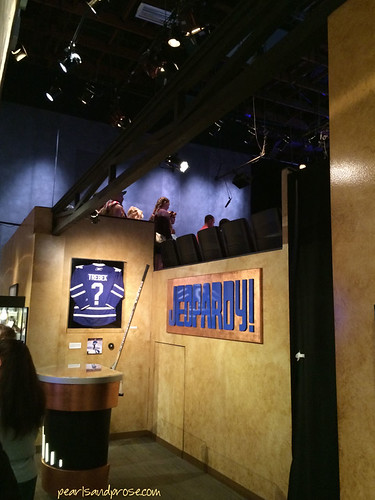 We had to climb stairs to get to the studio audience area. 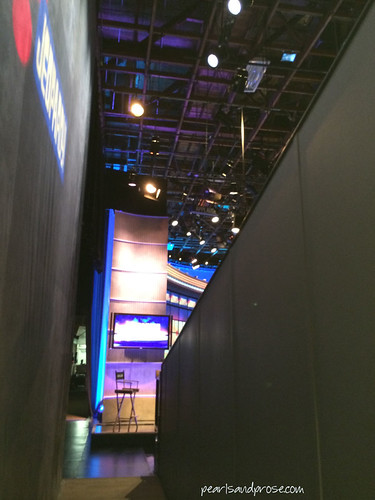 After I took this I got a gentle reminder that photos of the set are not allowed. It doesn’t show much, so that’s probably why they weren’t that perturbed. I think the chair is for Johnny Gilbert, the announcer.

The set was much smaller than it looks on TV. The camera does an amazing job of zooming in so everything looks a lot bigger. There was no cameraman blocking our view, just a camera mounted on a long metal arm that went up, down and sideways.

Alex Trebek kind of has a reputation for being (cough) “difficult,” so I was curious as to how he’d be in the live setting. He took lots of questions from the audience during commercial breaks and was surprisingly warm and friendly. Funny too. For some reason that doesn’t come across on camera.

Johnny Gilbert also took questions and was very entertaining and nice. He looked to be wearing a wig, but I had no idea the guy is 90! He’s been with Alex since the 80s. Can you imagine saying “This is Jeopardy!” for that many years? Unbelievable.

We were inside the studio for about two hours, but it seemed like one. Alex did three or four retakes when he messed up a question or didn’t like the way he sounded, but that was it. I’m really glad we went.

Have you seen a live taping? I’d love to catch Letterman before he retires.

Photography. With a little life thrown in.
View all posts by pearlsandprose →
This entry was posted in photography and tagged Jeopardy. Bookmark the permalink.

6 Responses to This Is Jeopardy