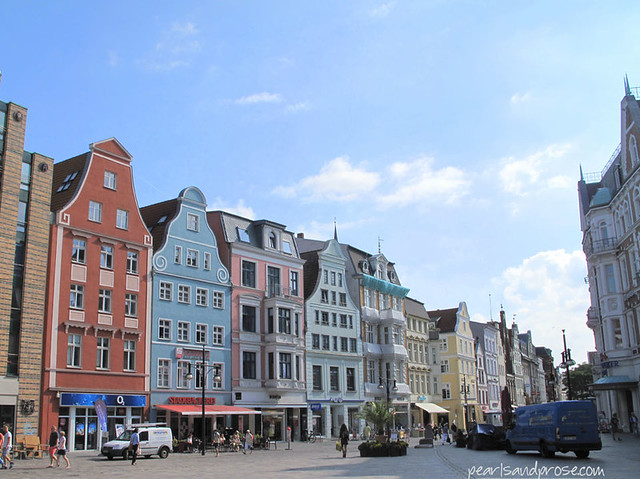 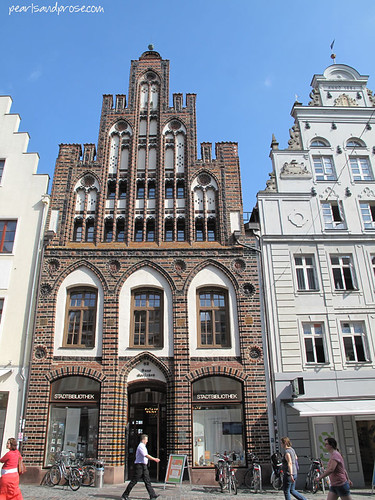 The city library was constructed in the late 15th century and is an example of medieval residences in Rostock. 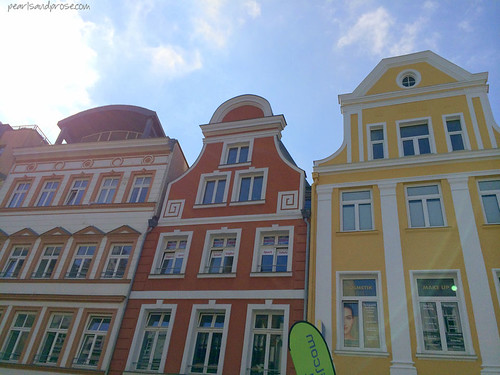 The colors are so well-coordinated. 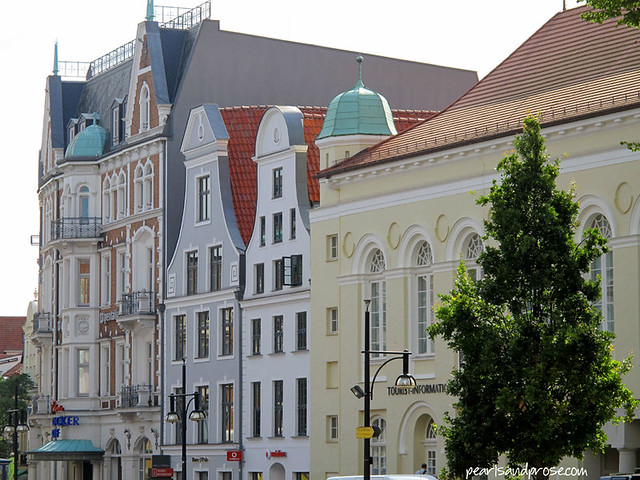 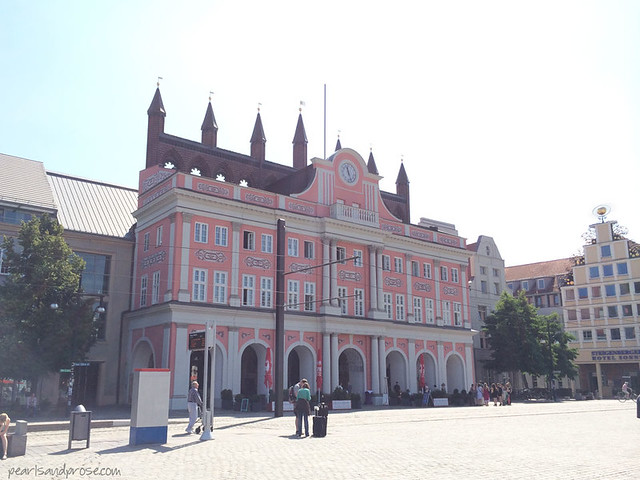 At the end of the street you’ll find City Hall. Yes, it’s pink. City Hall was built between 1270 and 1290 (!) as a two-story gabled house with a vaulted cellar, which was also used as a market in the Middle Ages. 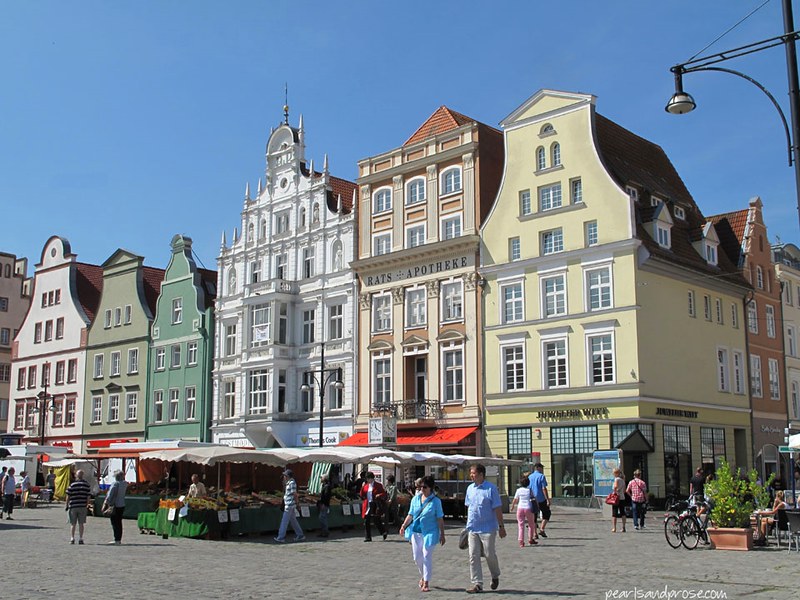 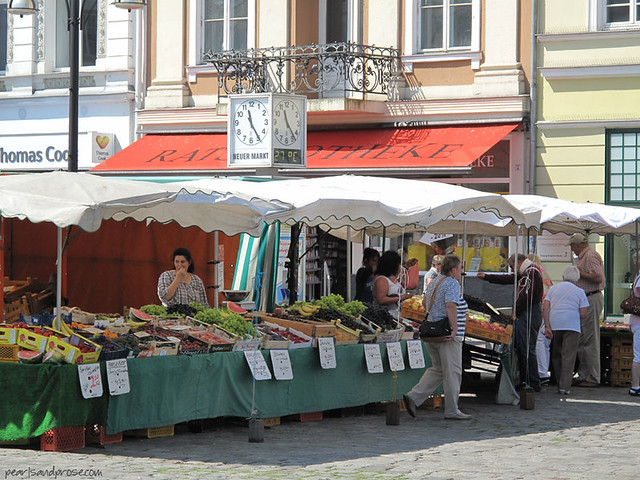 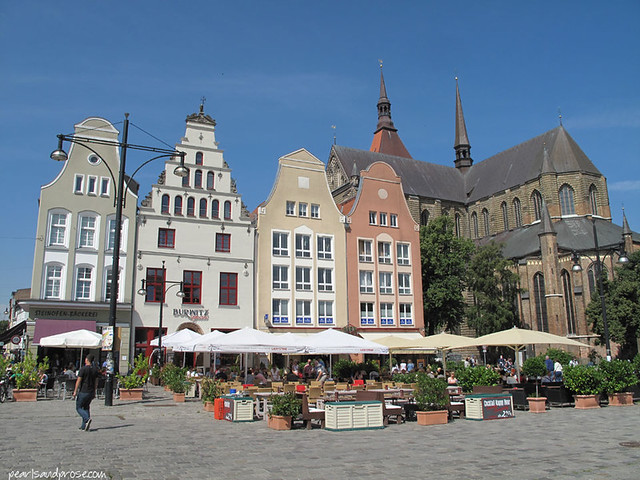 That church on the right? Marienkirche or St. Mary’s Church, built in 1472 and one of the few buildings to survive the Allied bombing in World War II.

Here is a painting by Egon Tschirch of the church with the city in rubble:

The church was saved due to the courage of the tower attendant Friedrich Bombowski and his daughter Ursula who put out fires from the bombing. 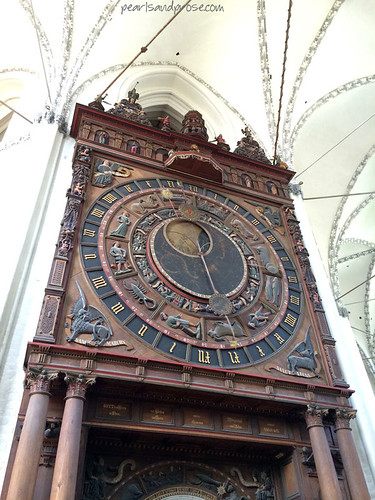 Inside, you’ll find an amazing 15th-century astronomical clock showing daily time, zodiac, moon phases and month. At the very top, every hour the apostles cross before Jesus for a blessing before entering into eternal bliss, and the last, Judas, is shut out. You can watch the “apostle-go-round” on this Youtube video:

I’ve only seen one other astronomical clock, in Prague, and find these creations beautiful and mind-blowing. 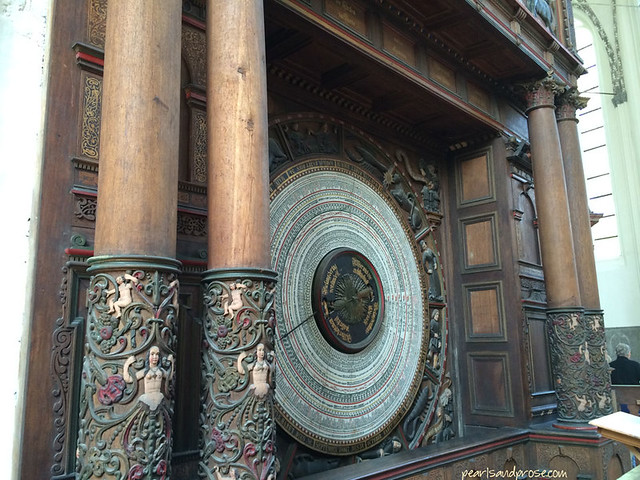 Under the clock, a calendar which is valid until 2017. 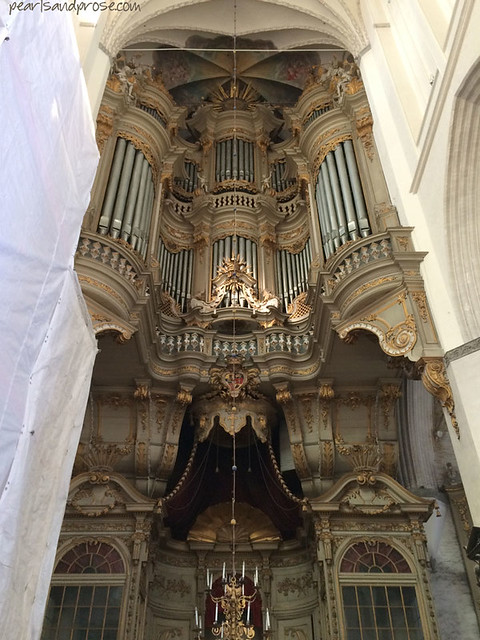 A Baroque organ with 5700 pipes. The church was under renovation, hence the white sheeting on the left. 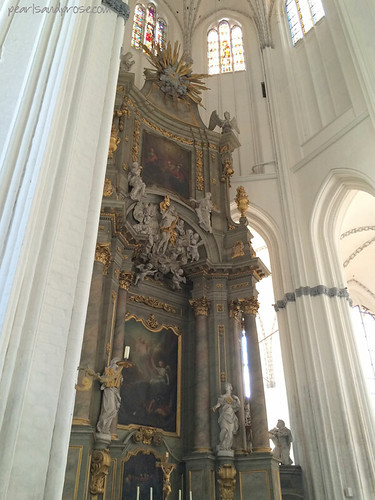 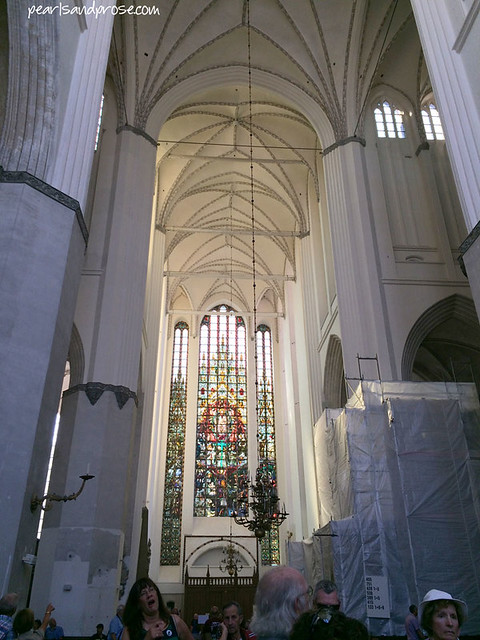 This stained glass window is 85 feet (26 m.) tall, making it one of the largest single stained glass windows in Europe. It depicts “The Day of Judgment.” The window survived World War II in various states of disrepair and was restored between 2003 and 2008. It now has a protective glazing. 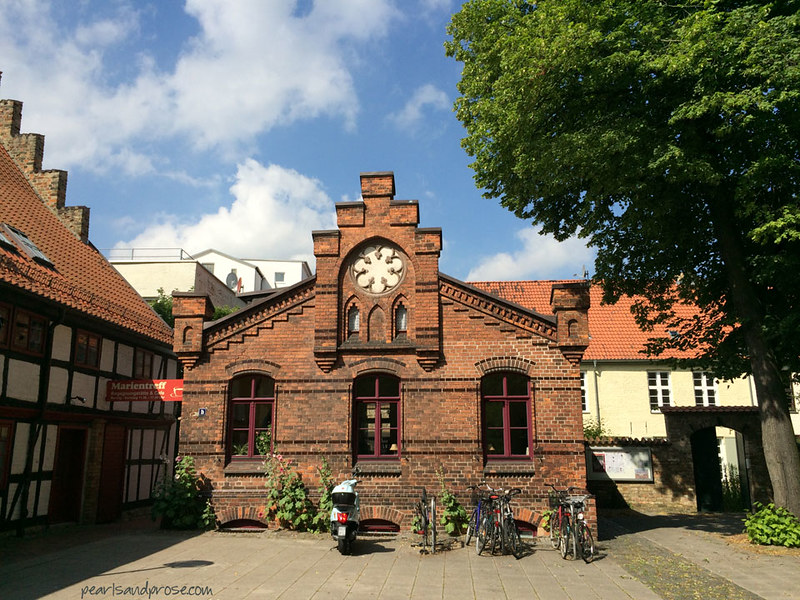 Warnemunde is the seaside part of Rostock and where our ship was docked. I’ll cover that in a future blog post. It exceeded my expectations too.