Posted on January 19, 2015 by pearlsandprose

From the late 12th century until 1809, Finland was part of Sweden. This is reflected in the fact that all the street signs are in Finnish and Swedish. The two languages are not similar at all. One guide told us the Finnish language is closer to Estonian.

Helsinki has been the Finnish capital since 1812, when it was rebuilt by the tsars of Russia along the lines of a miniature St. Petersburg, a role it has played in movies like Warren Beatty’s Reds. The architecture thus has Russian and Swedish influences. 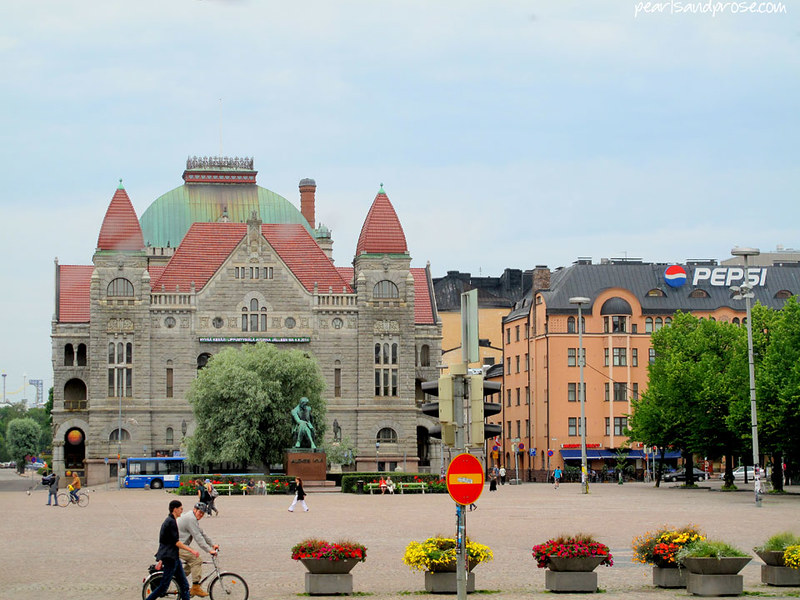 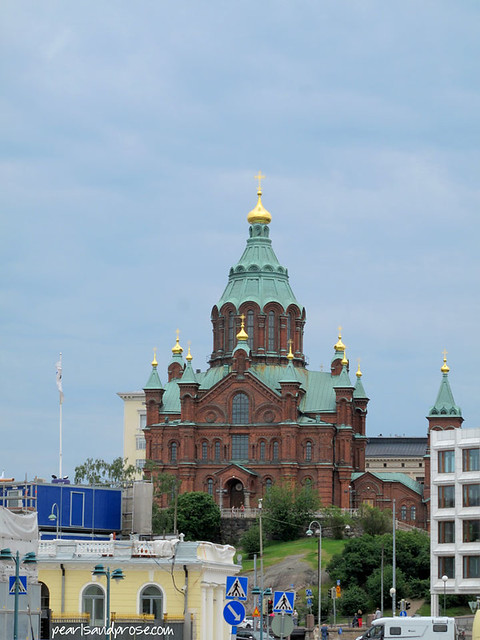 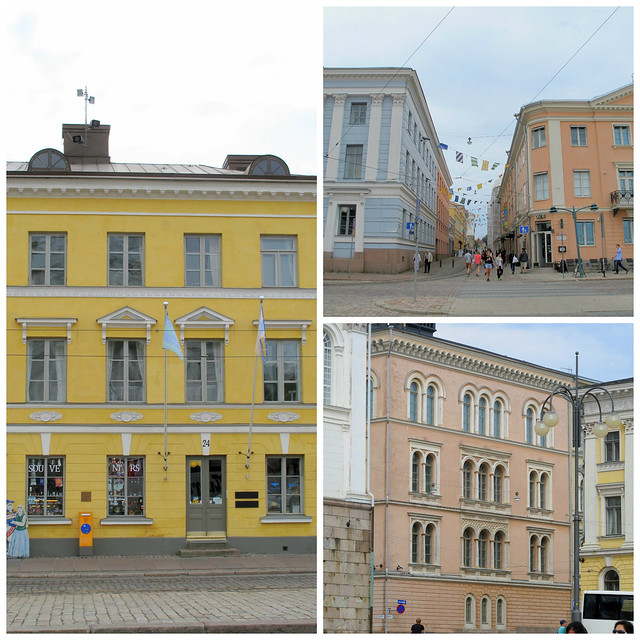 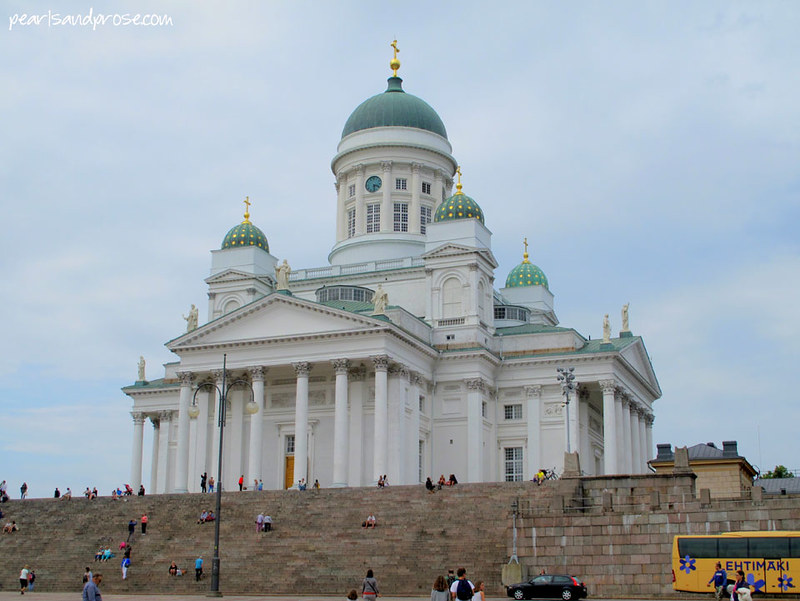 Senate Square houses Helsinki Cathedral, Government Palace and the University of Helsinki. The cathedral was originally built from 1830-1852 as a tribute to the Grand Duke of Finland, Tsar Nicholas I of Russia. It was also known as St. Nicholas’ Church until the independence of Finland in 1917. The cathedral was modeled after Saint Isaac’s Cathedral in St. Petersburg. 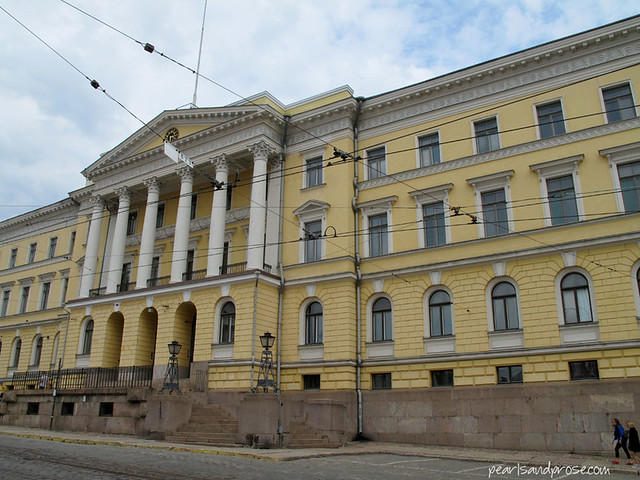 This is either the University of Helsinki or Government Palace. I’ve studied photos of both and can barely distinguish them. 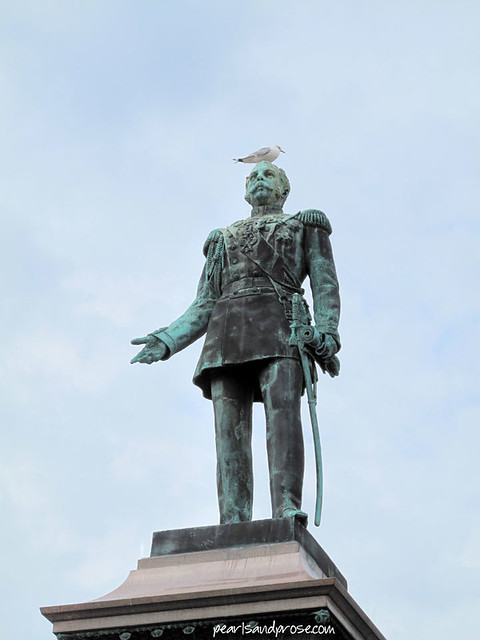 A statue of Emperor Alexander II is located in the center of the square. The statue, erected in 1894, was built to commemorate his re-establishment the Diet of Finland in 1863. 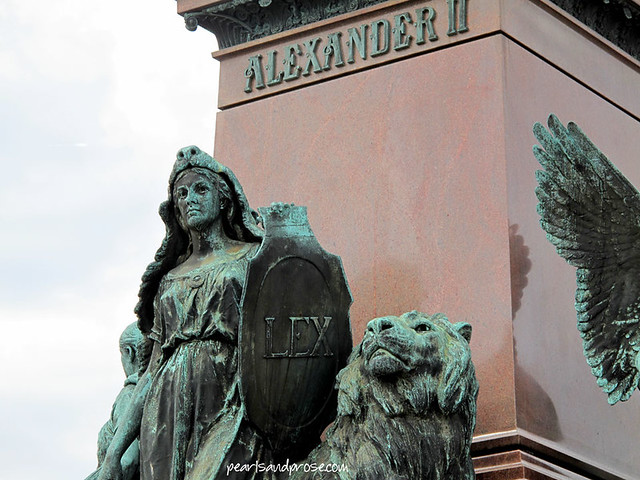 The base of the statue. 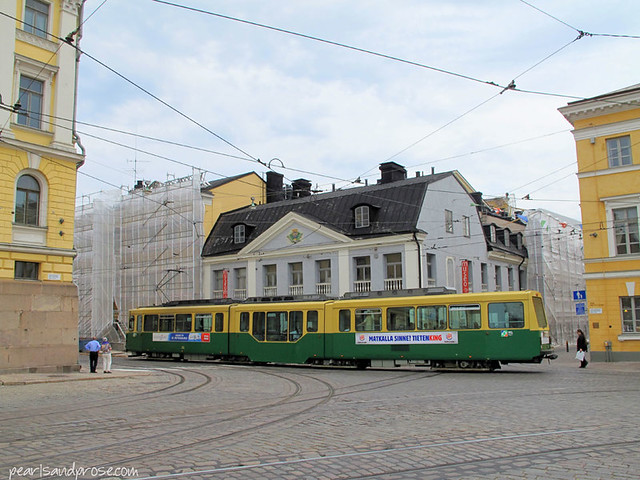 There were tram wires everywhere. This is one of the longest trams I’ve ever seen.

Not far from Senate Square we found this colorful site: 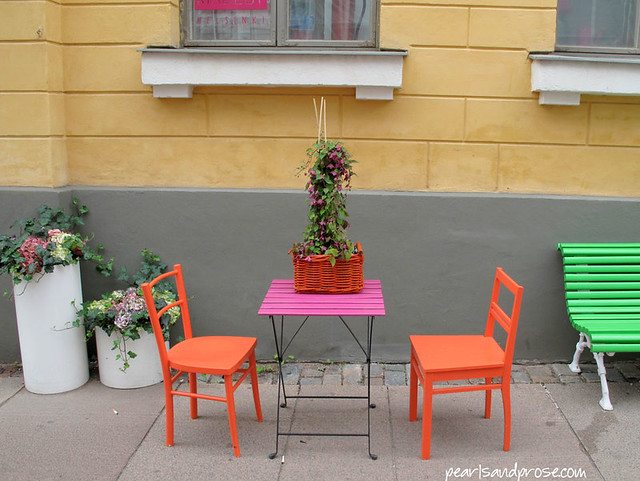 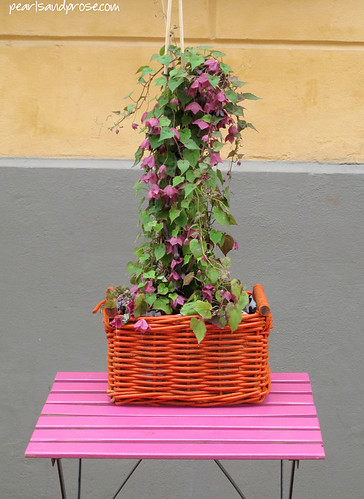 Not sure what’s growing with the ivy. It looks like balloon flower, maybe. 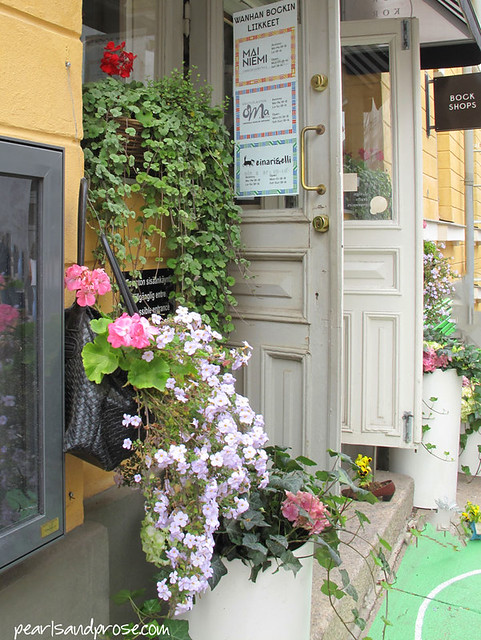 Thought this was so charming. 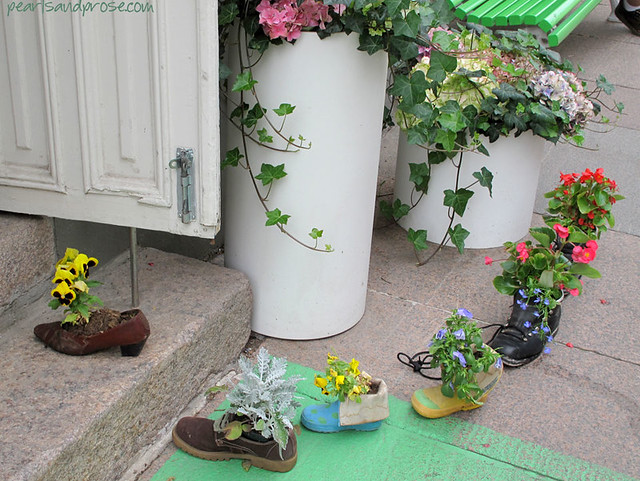 These shoe planters were close behind.

Photography. With a little life thrown in.
View all posts by pearlsandprose →
This entry was posted in photography and tagged architecture, Finland, Helsinki, Helsinki Cathedral, Senate Square. Bookmark the permalink.

14 Responses to Glimpses of Helsinki