Sibelius, a Rock Church and a Market

Posted on January 15, 2015 by pearlsandprose

I wasn’t sure what to expect of Helsinki, Finland. Some reviews I read said to skip the city and just visit the outdoor markets. Ouch. I found Helsinki to be smaller than expected, but still lovely. Would have liked a bit more time to photograph the architecture.

Just outside the city, we stopped to see the Sibelius monument. I’m not a fan of abstract art, so was kind of underwhelmed. What do you think? 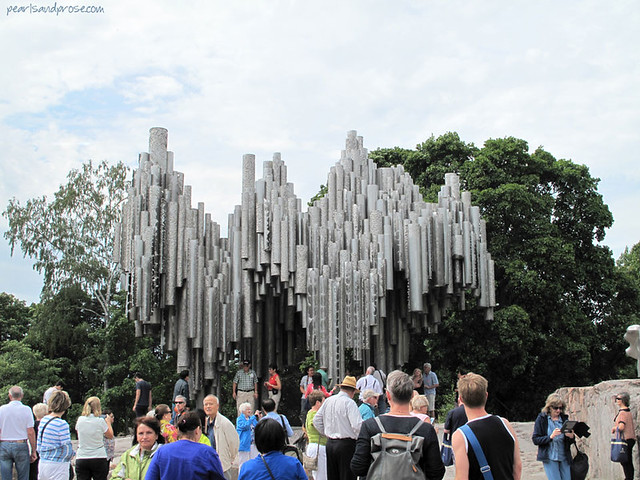 The monument was designed by Eila Hiltunen and unveiled in 1967. More than 600 hollow steel pipes welded together in a wave pattern are supposed to represent the music of Sibelius.

Our next stop was Temppeliaukio Church, or “Church of the Rock.” Literally built into, and composed of, rock. Not much to look at from the outside, but quite striking inside:

My first foray into using the panoramic feature on my iPhone. Not sure if I’ll be using it much. 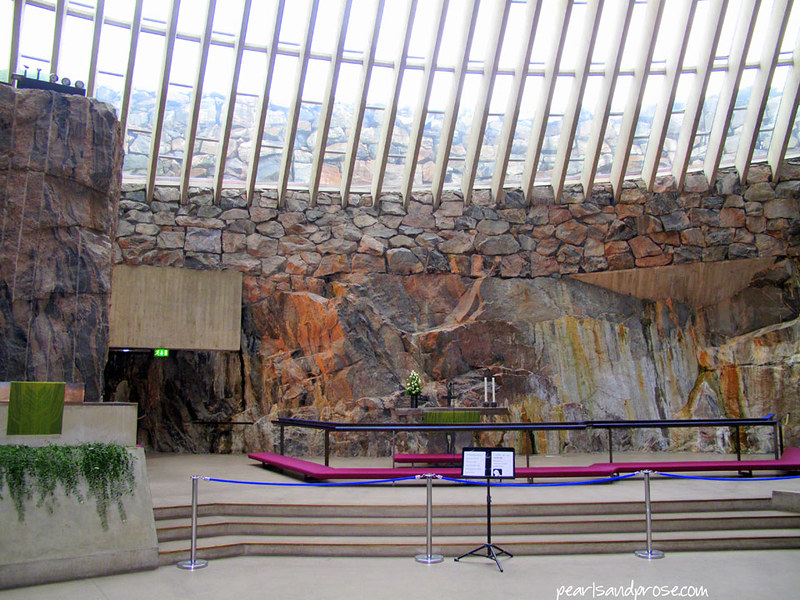 A closer look at the altar. This is a Lutheran church in the Töölö neighborhood. The church was designed by architects and brothers Timo and Tuomo Suomalainen and opened in 1969. 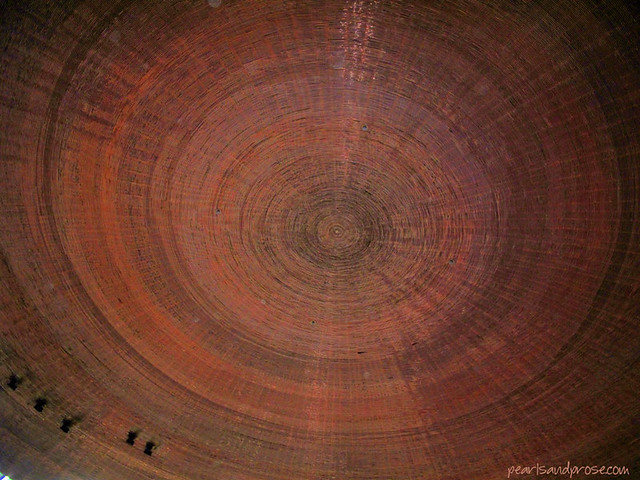 I thought the copper ceiling was very cool. 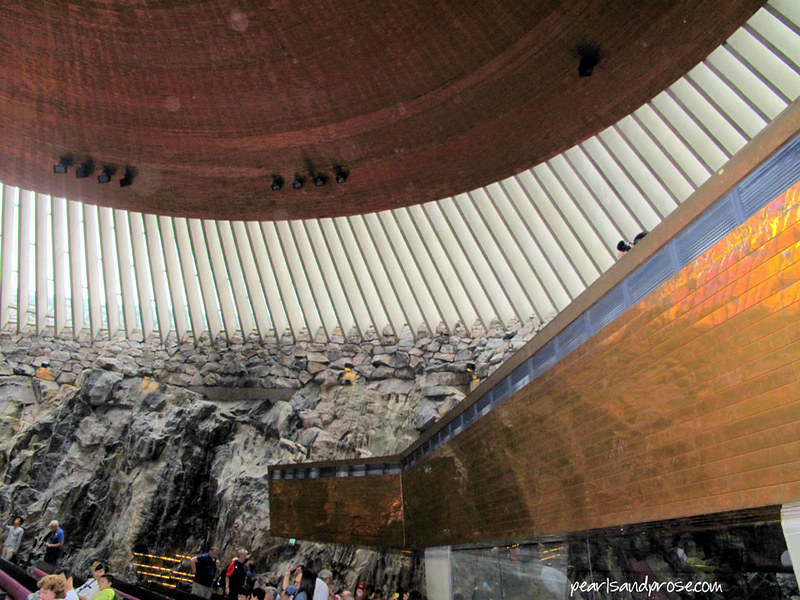 I’m guessing that’s copper banding on the balcony too. 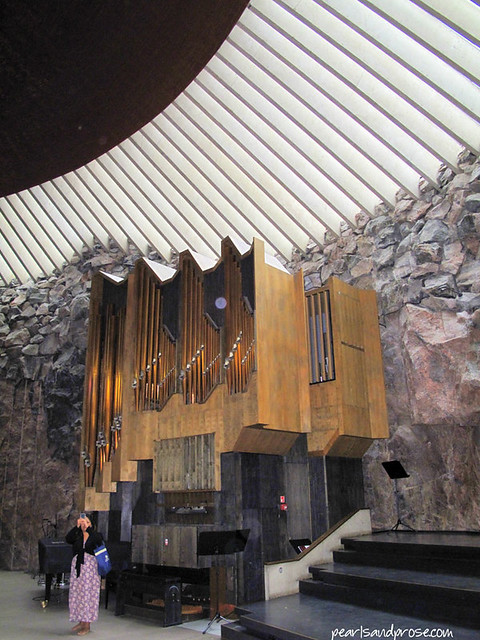 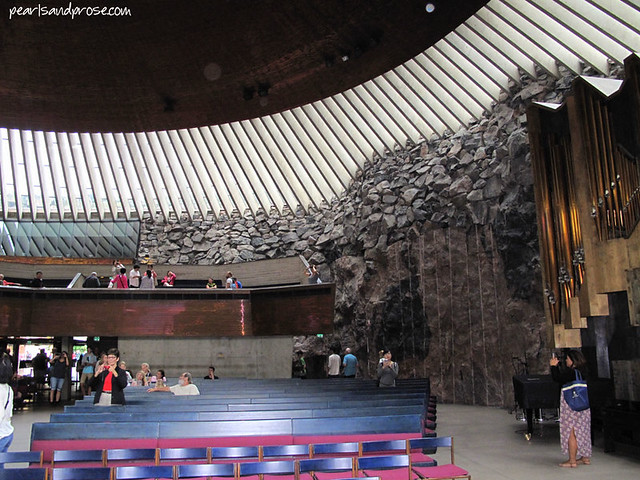 A look back at the entrance.

Interesting tidbit: the rock walls were not included in the original plans, because the Suomalainen brothers thought the concept too radical. But when conductor Paavo Berglund shared his knowledge of acoustics from some of the best music halls and the acoustical engineer Mauri Parjo gave requirements for the wall surfaces, the architects discovered that they could meet all the requirements for the acoustics by leaving the rock walls exposed. Who knew?

After viewing the church we walked down to Market Square, a great outdoor market. The produce was fantastic: 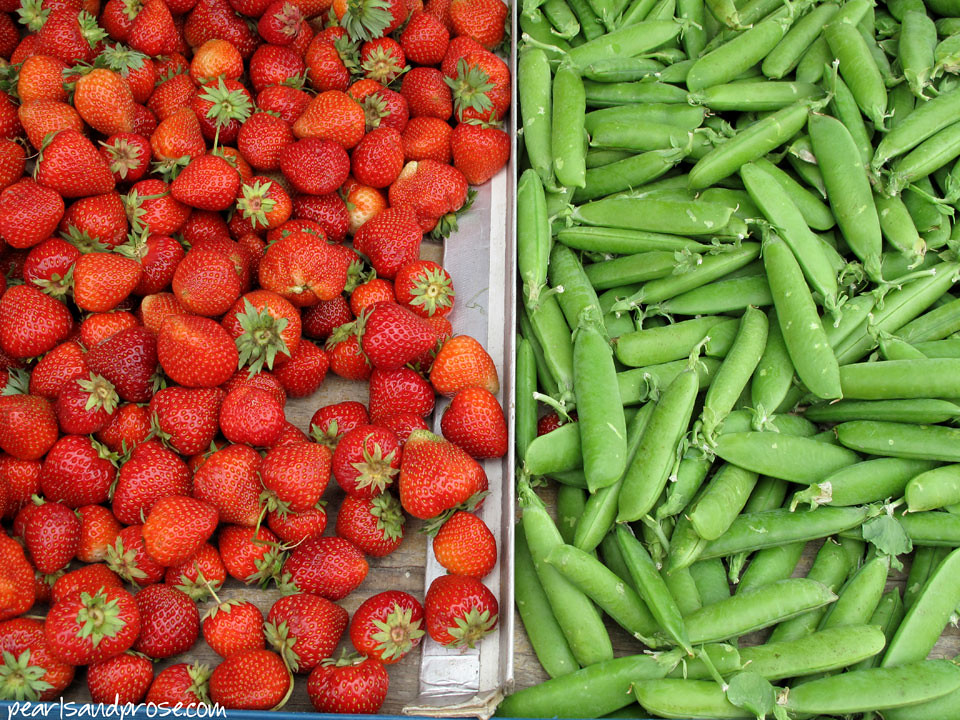 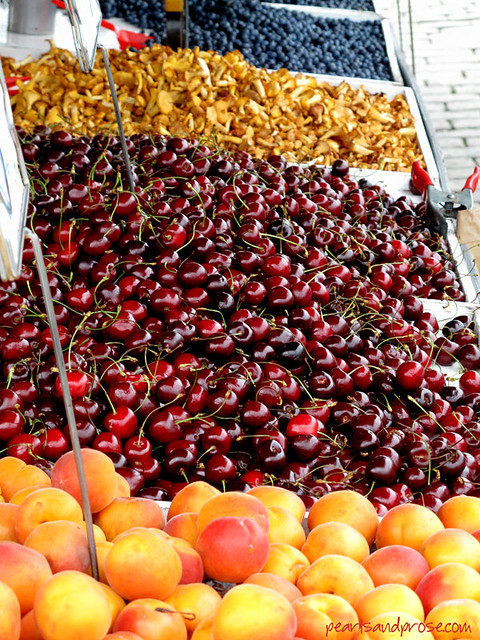 Not sure if you can tell from this photo, but those cherries were huge. 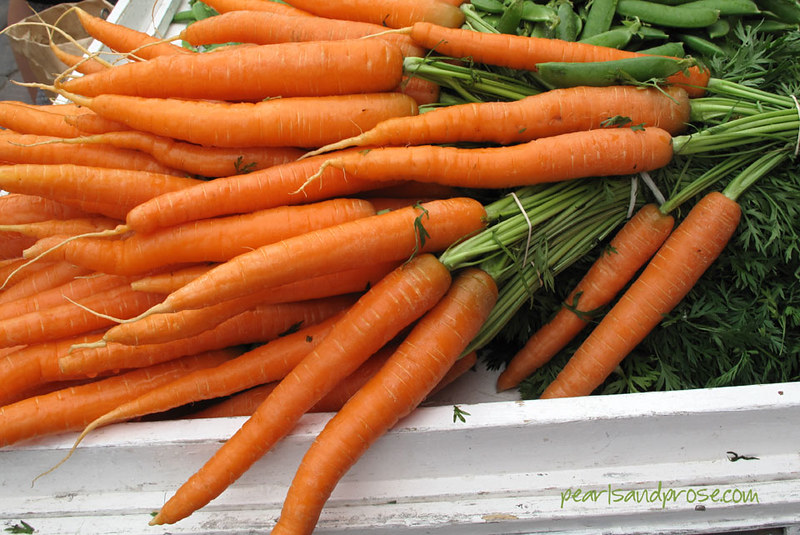 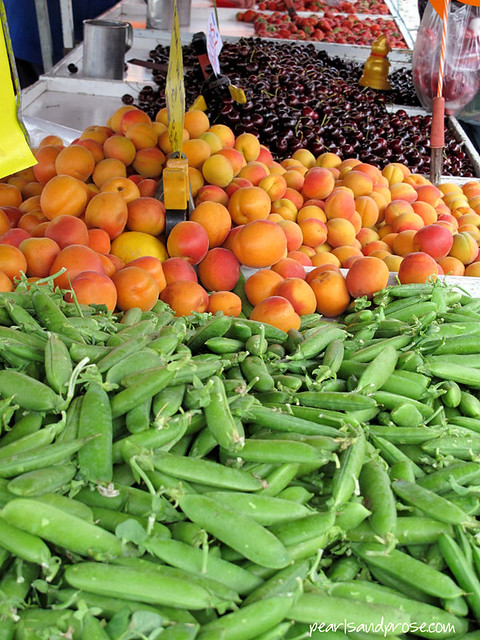 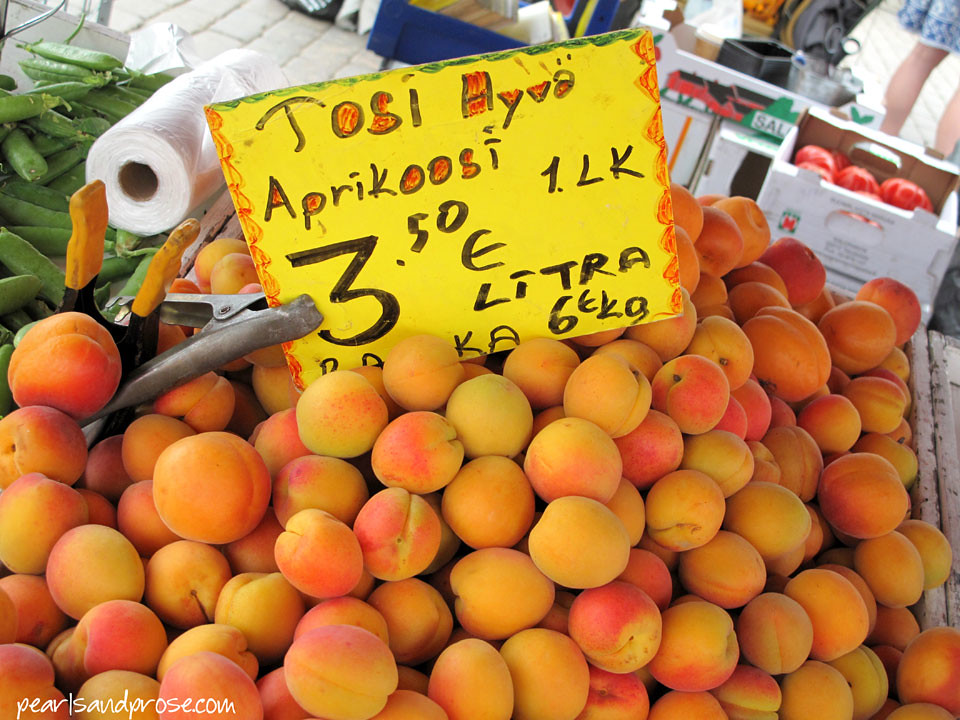 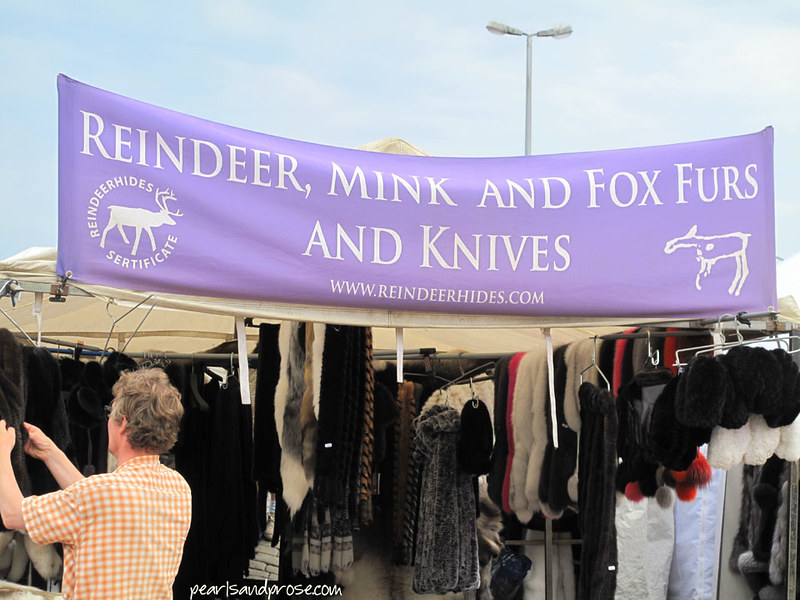 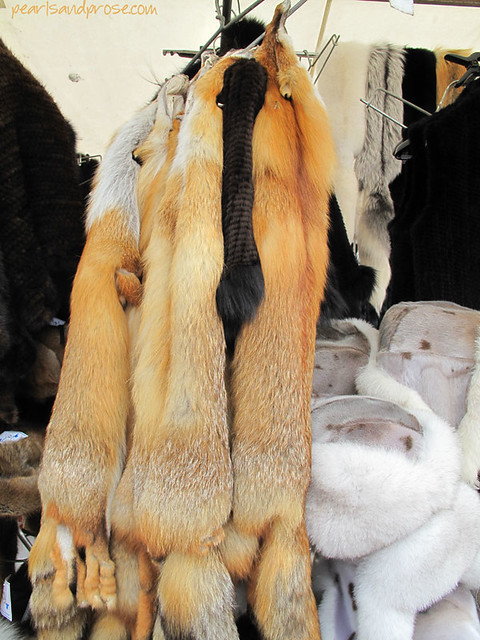 Beautiful, but I just couldn’t buy them.

I’ll share some of the architecture of Helsinki next time.

16 Responses to Sibelius, a Rock Church and a Market