We had some time to kill before everyone arrived in Fairbanks, so we walked around our lodge and the surroundings. Found something unusual: 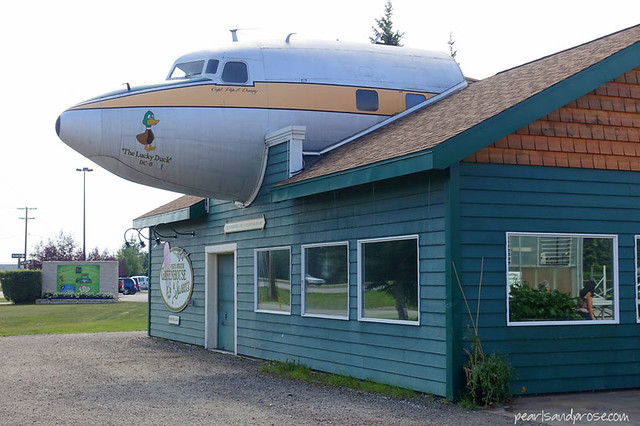 This is a nursery. The plane parts look real to me. What do you think?

I still can’t get over the flowers. We joked that I would return to the Lower 48 (we heard that term a lot) with only shots of them. 🙂 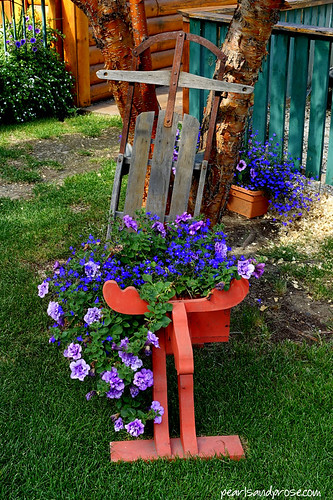 The moose is everywhere in Alaska. You can find it on dish towels, t-shirts, sculptures, you name it…. 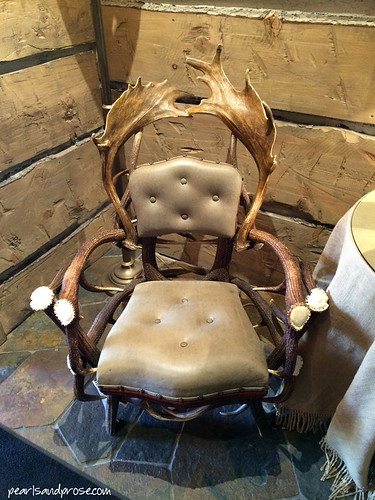 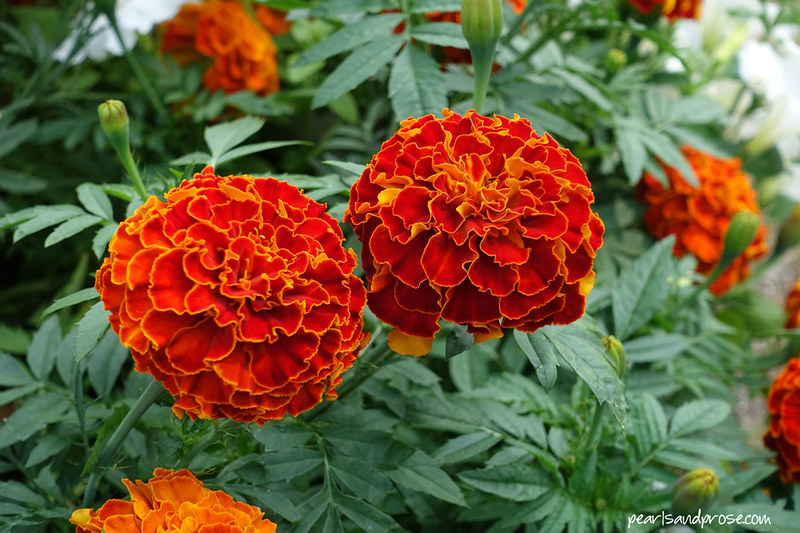 I sound like a broken record, but these are the biggest marigolds I’ve ever seen. I should have put my hand next to them so you could see just how big. 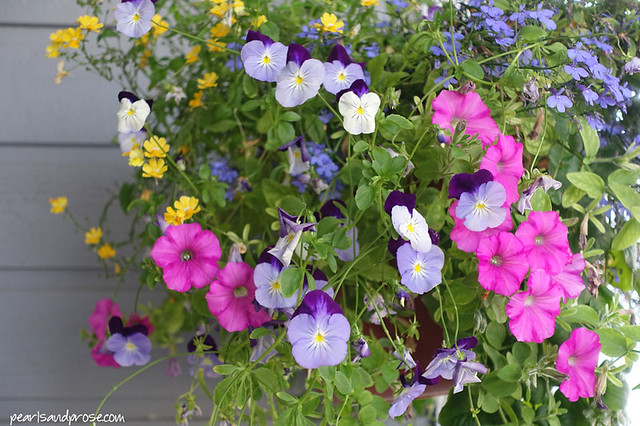 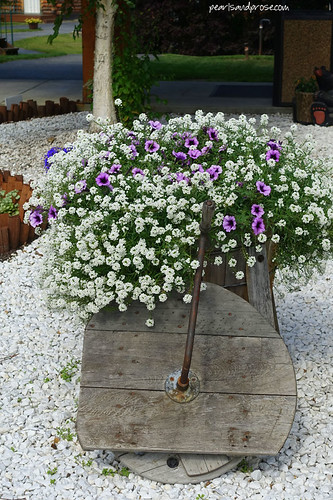 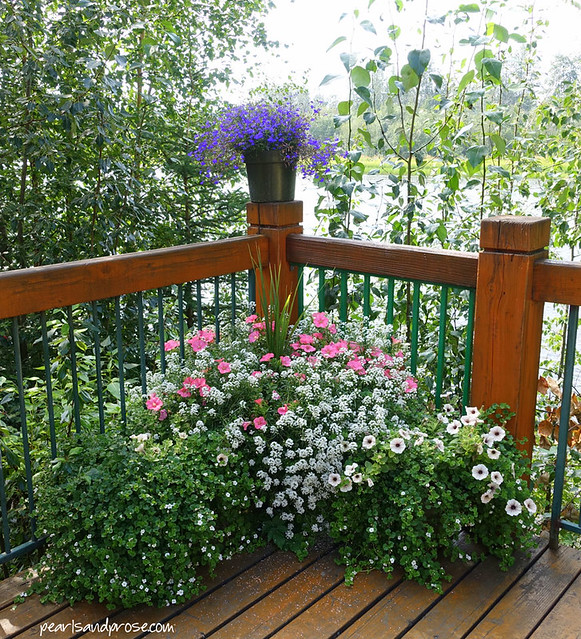 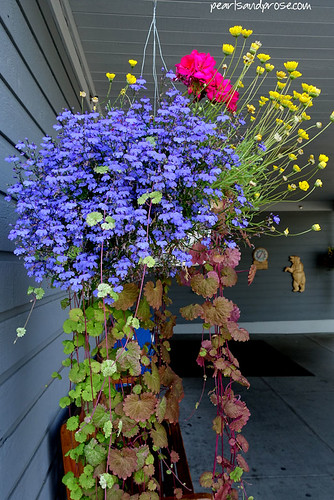 I know a little bit about flowers, and these weren’t just thrown in a pot. Someone knew what they were doing. We saw beautiful arrangements everywhere, even in little podunk towns.

OK, the next morning we set out for Denali National Park. On the way there, we saw a female moose (cow) and her baby calf! We found out that it’s really dangerous to approach moose, as they can kick very suddenly and basically kill you. Females protecting their young are especially dangerous. 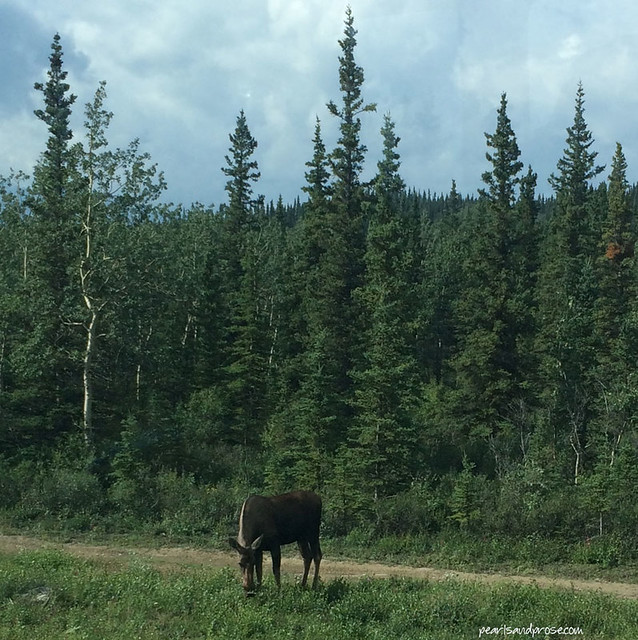 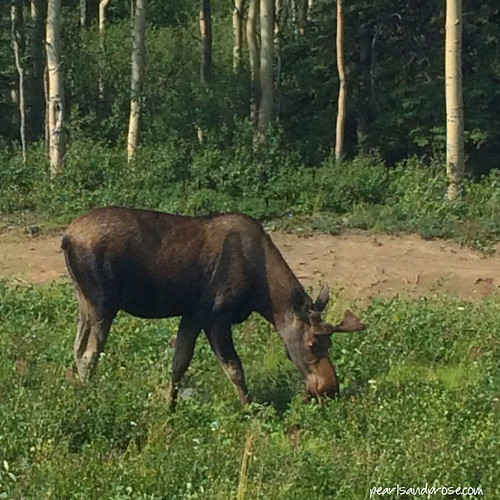 Sorry, not the best photos–shot through the window and blown up a few times. 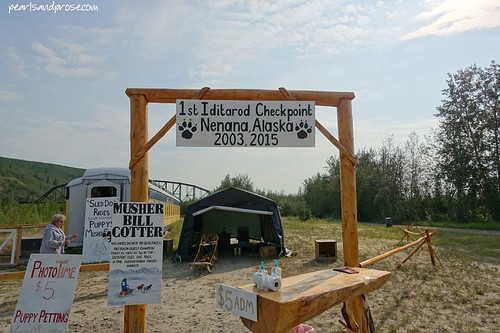 We made a brief stop at a place called Nenana. Evidently, it’s a checkpoint on the Iditarod trail. 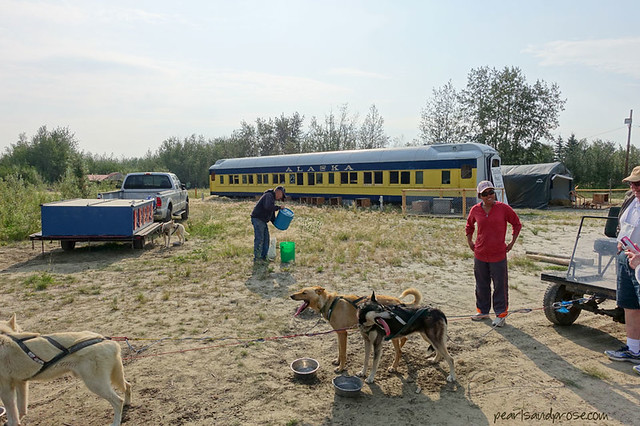 We could have gone for a ride with the dogs, but didn’t have time, and they were panting like crazy in the warm sun. Check out the abandoned train in the background…. 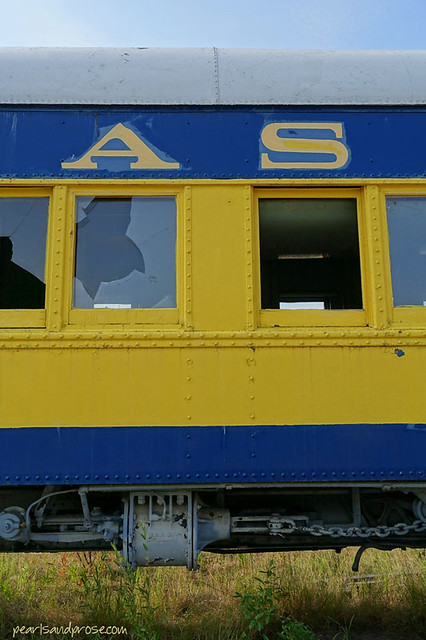 Couldn’t resist a shot of the broken windows. 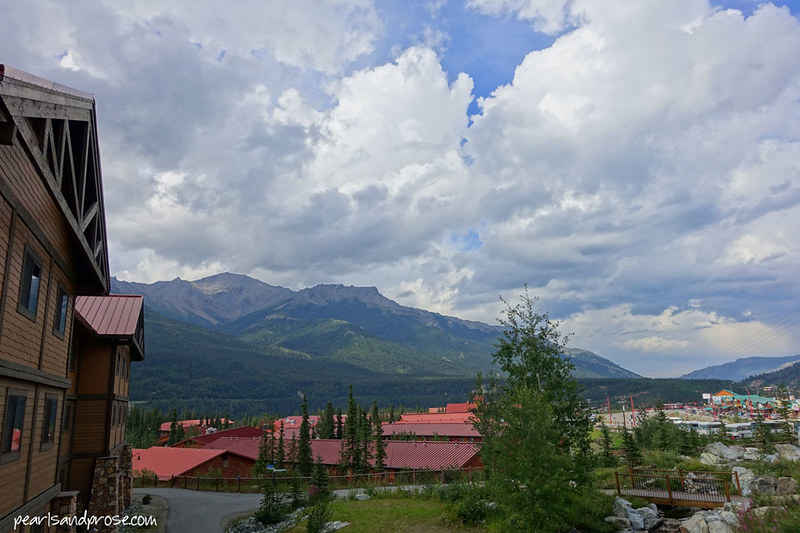 This was our lodge in Denali. Much nicer than the place in Fairbanks. There were two good restaurants, a theater and some nice boutiques. 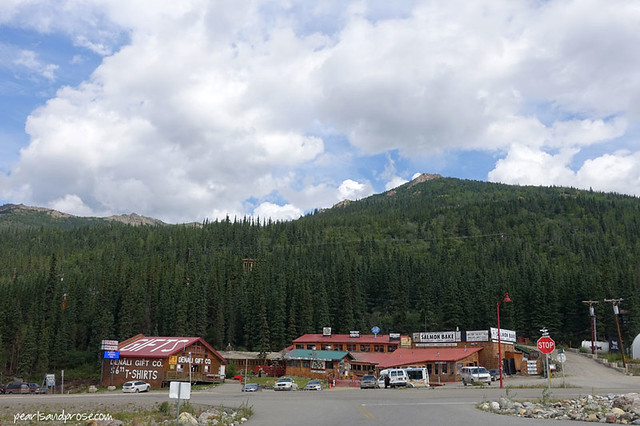 Across the street, some t-shirt shops and such. 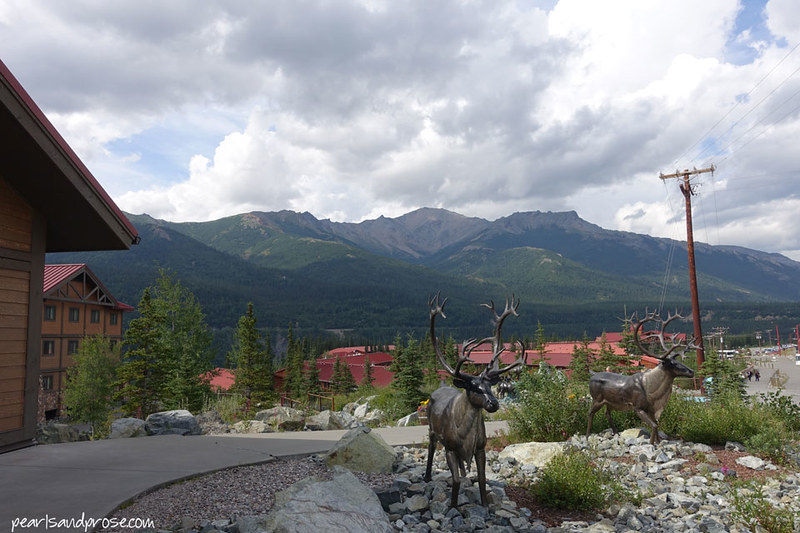 This was taken in front of our lodge. 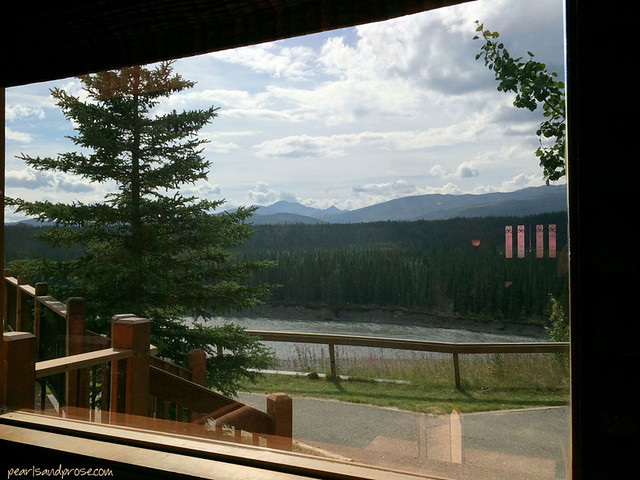 Our view at lunchtime. 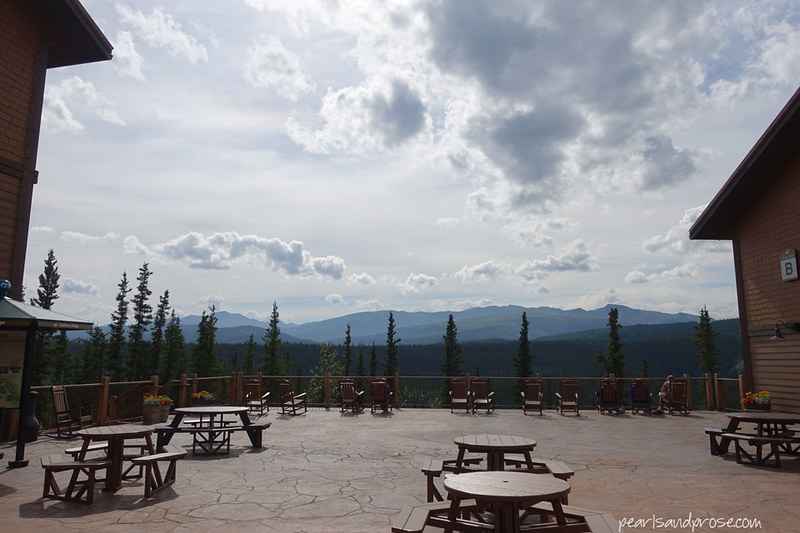 Our rooms were just steps away from this large deck. We got so lucky with the weather because July and August make up the rainy season in Alaska! It rained only when we were inside, except when we walked through a rain forest one afternoon.

Photography. With a little life thrown in.
View all posts by pearlsandprose →
This entry was posted in photography and tagged Alaska, baby moose, Denali lodging, flower boxes. Bookmark the permalink.

10 Responses to Heading Towards Denali