Fairbanks and a Surprise 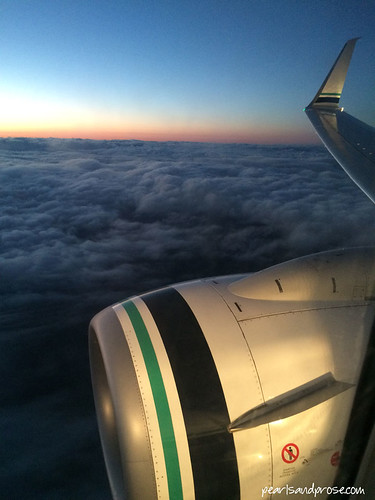 I took this shot as we were approaching Fairbanks, Alaska. It was two a.m. and the sun was just coming up. So weird to be flying over such dark clouds with clear blue sky and a streak of sun above. We didn’t get to sleep until 5 a.m., but got there a day early to compensate.
No, our flight wasn’t delayed. That was the schedule Princess Cruises arranged for us. If they do the flight arrangements, then they’re on the hook to get us to our destination in time. Otherwise you can spend major bucks trying to catch up. 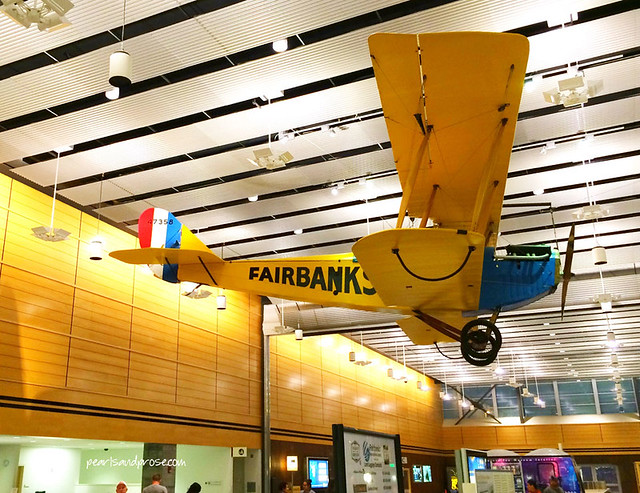 Inside the Fairbanks airport.

Fairbanks is much smaller than I expected (pop. around 30,000). We were able to do the entire downtown area pretty quickly. The Chena River flows through the city and there’s a nice plaza near it: 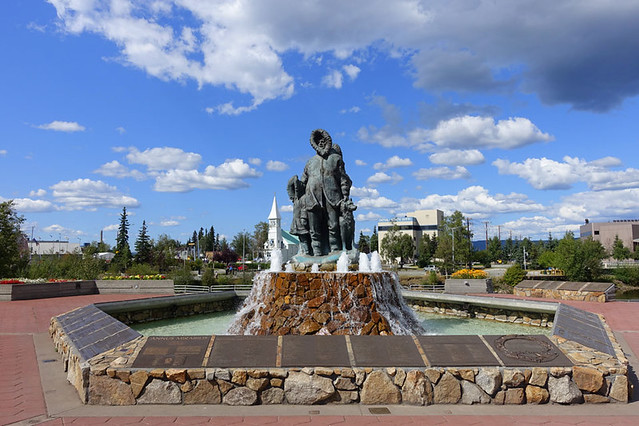 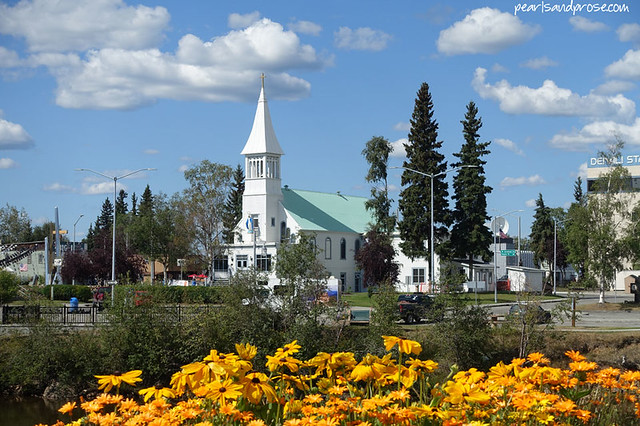 Immaculate Conception Catholic Church was built in 1904. Our shuttle driver told us it was later dragged across the frozen Chena River to be on the more “reputable” side of town. 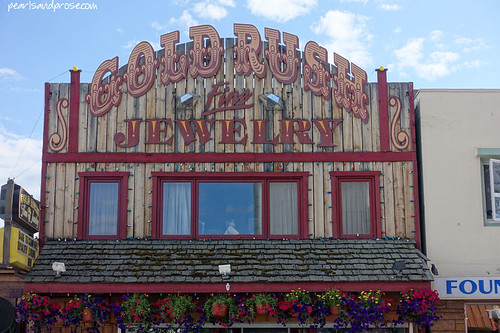 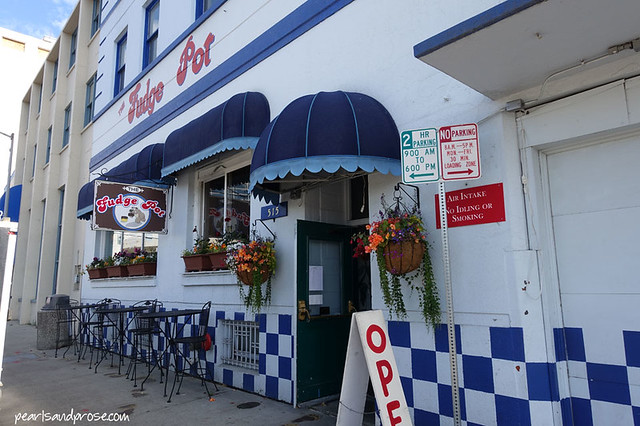 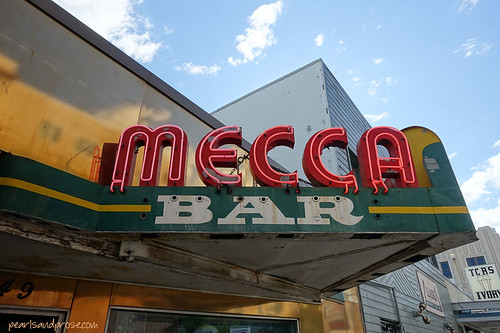 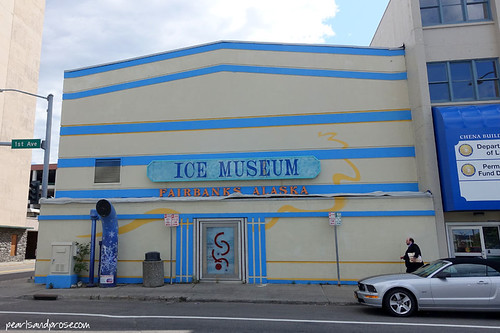 We could have taken an excursion to this place, but decided on the Morris Thompson Cultural & Visitors Center instead. 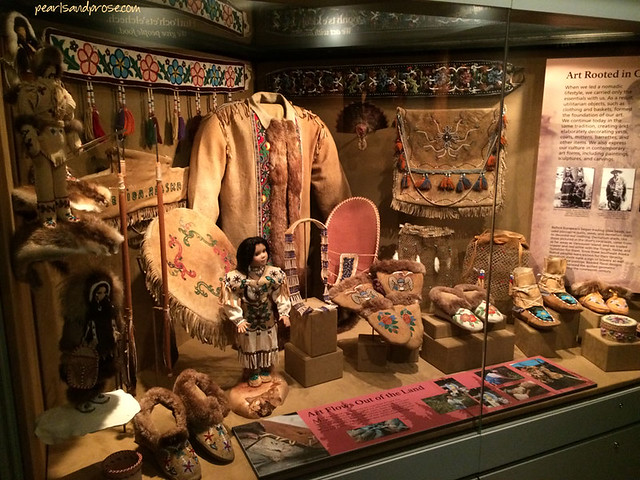 A typical exhibit at the center. 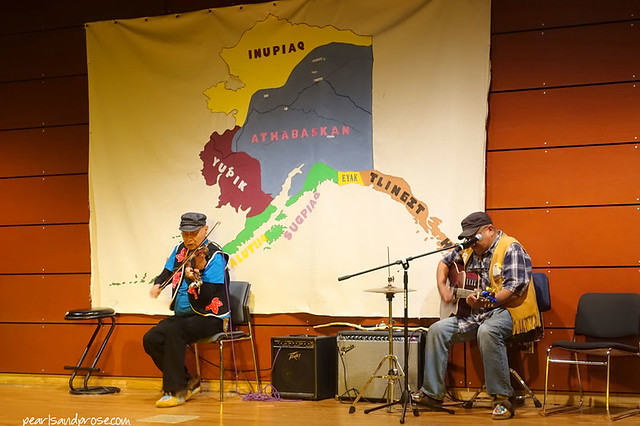 While there, we watched a short performance by some Athabaskan fiddlers. Fiddles were introduced by Scottish, Irish, and French Canadian fur traders of the Hudson’s Bay Company in the mid-19th century.
When one of the fiddlers said, “See what the Americans did to us?” it dawned on me that I knew nothing about native Alaskans. The whole time we were in Alaska, I kind of felt like I was in another country.
The map shows the main groups of aboriginal Alaskans. 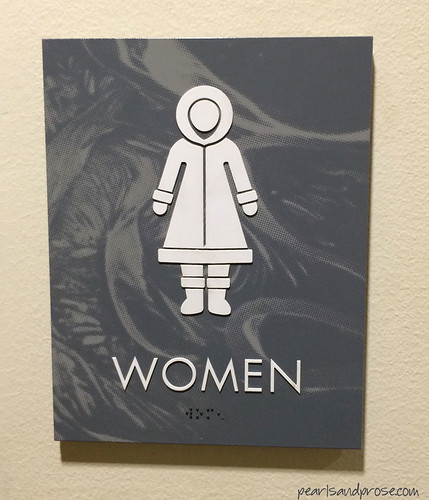 The sign for the ladies room at the center.

What surprised me the most about Alaska? The flowers! They were huge and arranged so beautifully. 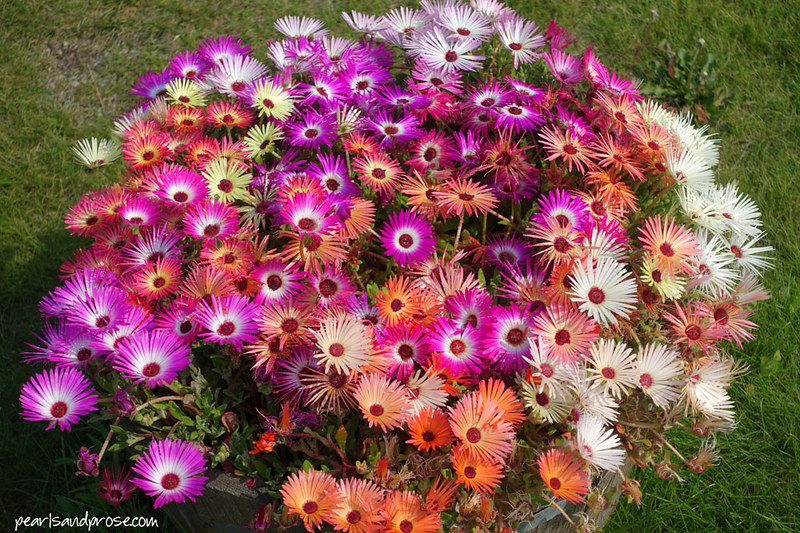 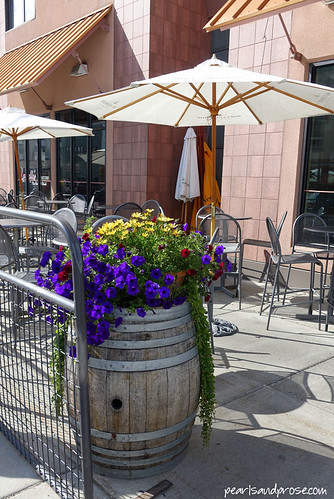 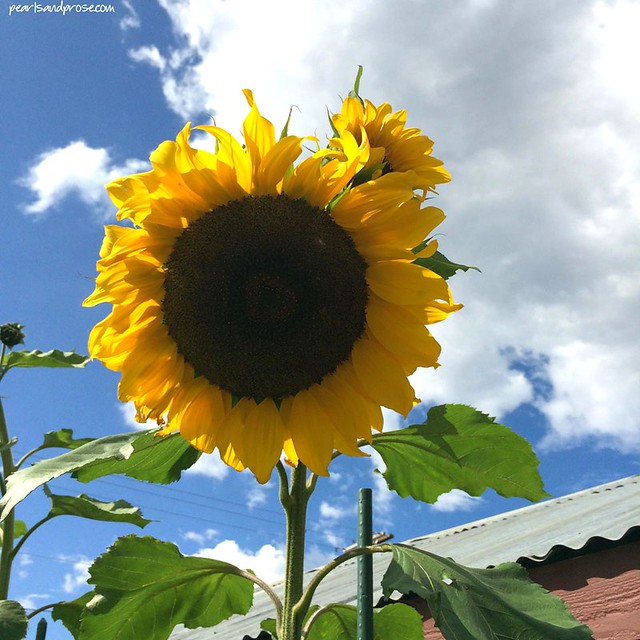 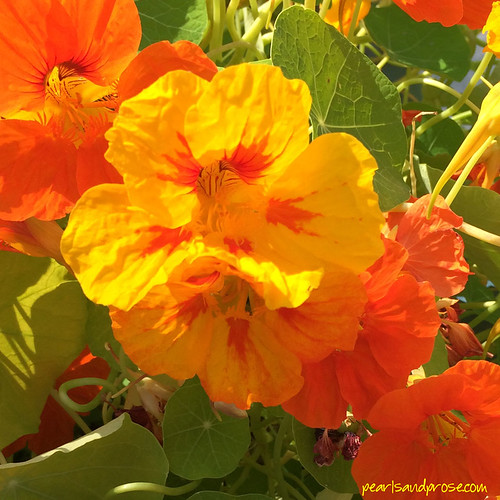 These are the biggest nasturtiums I’ve ever seen. Guess the 22 hours of sunlight don’t hurt. 🙂 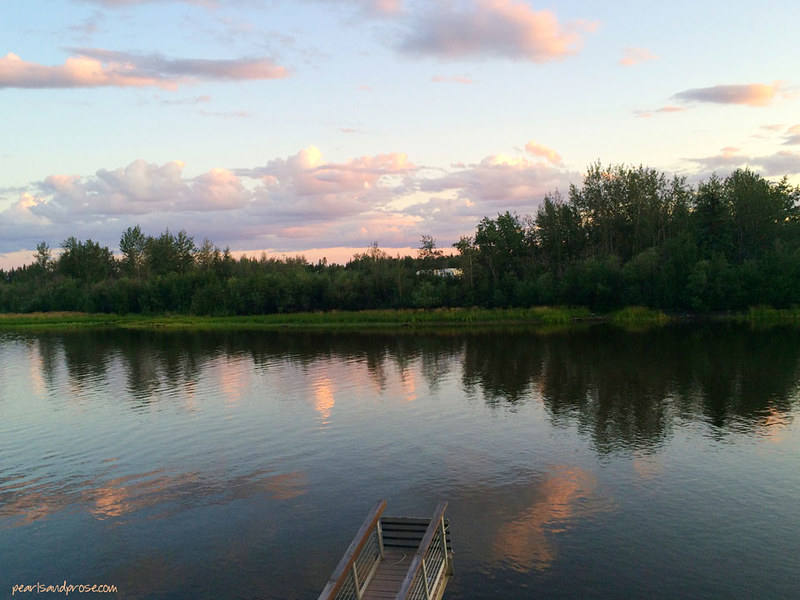 The view from our lodge at 11 p.m. So fun to have the white nights again, just like St. Petersburg.

Fairbanks is kind of a landing spot for those going to Denali, as we did, or the Arctic Circle (just 120 miles north of the city!). Not a lot to do, but a good meeting place. Luckily our four friends all made it there on schedule too.

Photography. With a little life thrown in.
View all posts by pearlsandprose →
This entry was posted in photography and tagged Alaska, Fairbanks. Bookmark the permalink.

17 Responses to Fairbanks and a Surprise