Posted on February 23, 2015 by pearlsandprose

On our flight to Copenhagen, we were next to the nicest man from Sweden, a pilot for a different airline. When he found out we were going to visit Stockholm, he said we just had to see the Vasa Museum. Luckily, we had booked an excursion there.

The Vasa Museum opened in 1990 and is located on the island of Djurgården. It houses the only almost-fully intact 17th century ship that has ever been salvaged, the 64-gun warship Vasa that sank on her maiden voyage in 1628.

It is staggering, to say the least, to see this ship in person. 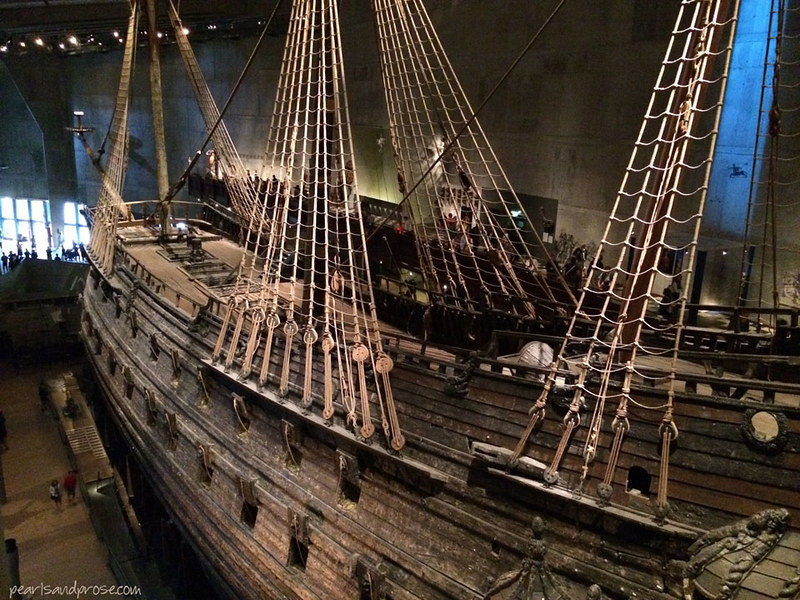 I didn’t have a wide-angle lens, so had to take many different shots from different angles. I think you get an idea of the size when you see how tiny the people look below. There were three floors for different vantage points, which I thought was brilliant. 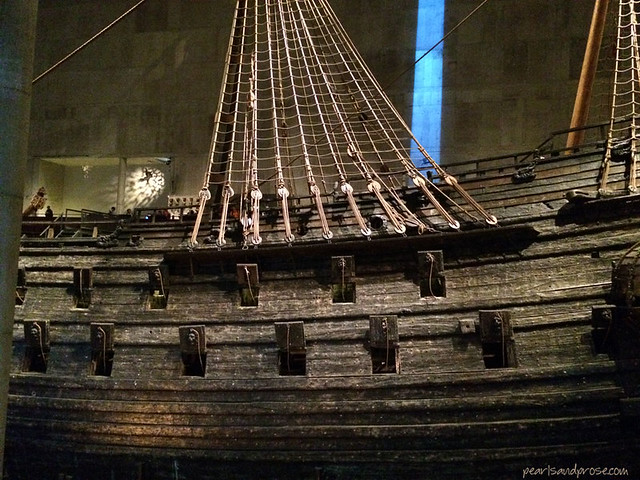 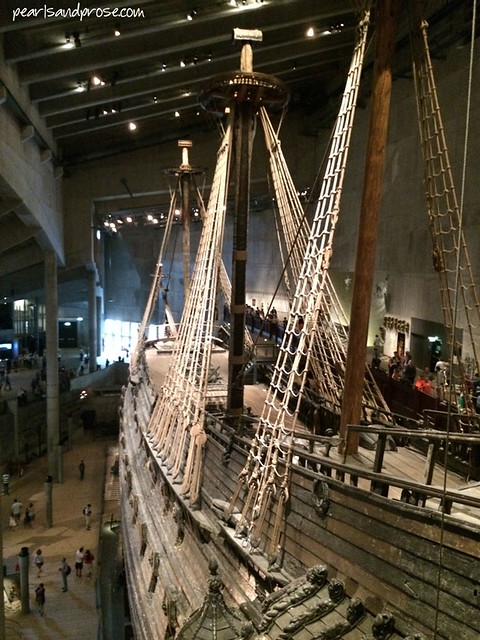 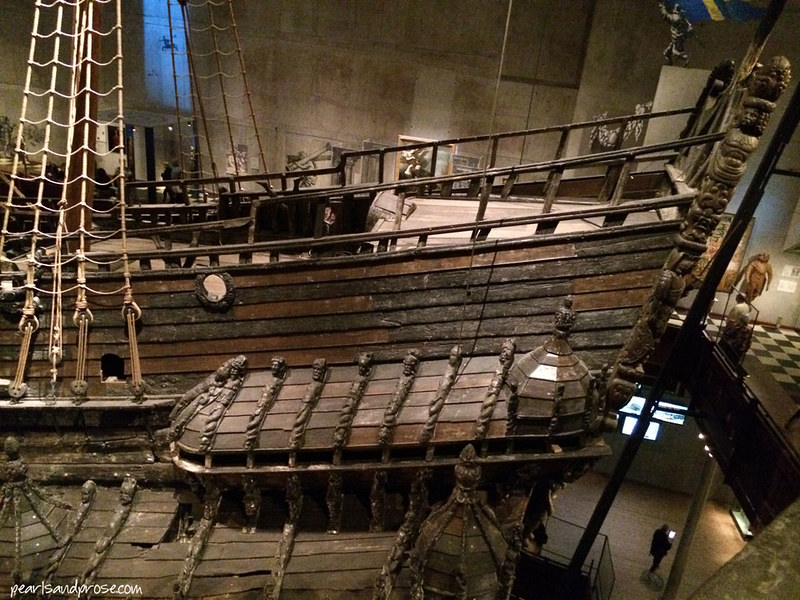 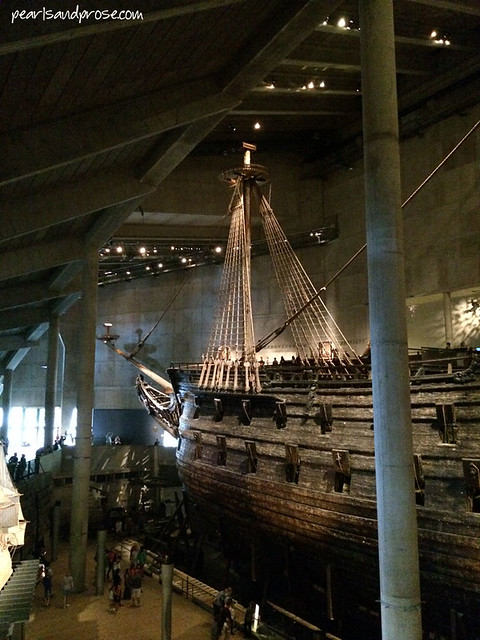 The Vasa heeled over and sank in the Stockholm harbor after sailing less than a mile. Captain Söfring Hansson was arrested but released. Attempts to raise the ship continued into 1629 but without success.
In 1961, the Vasa was raised after 333 years. 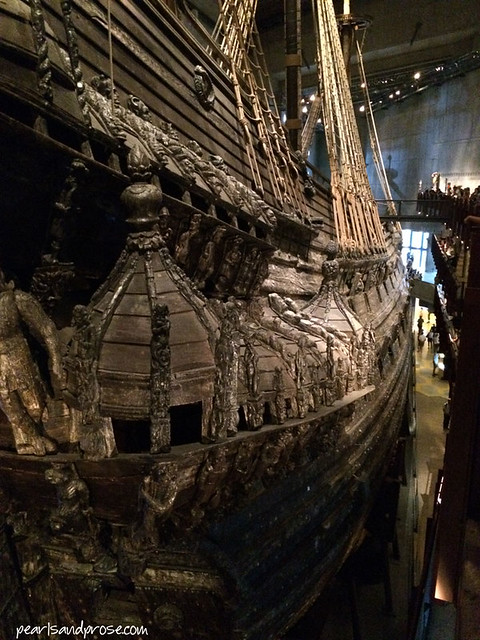 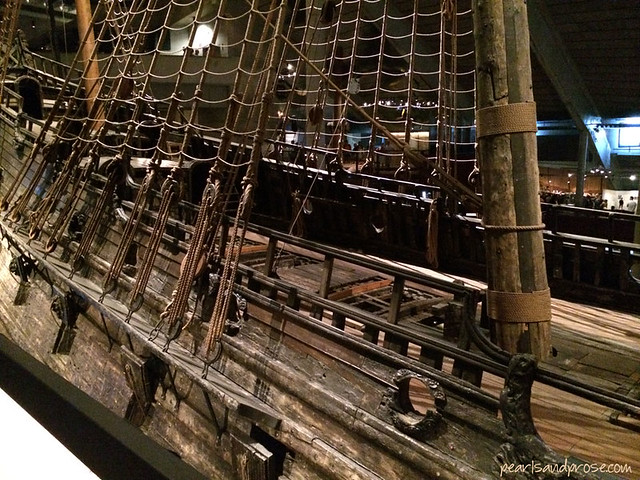 The ship’s lack of stability was a factor in the sinking. The underwater part of the hull was too small and the ballast insufficient in relation to the rig and cannon. According to the website, the captain knew the ship was unstable and should have sailed with the lower gunports closed. 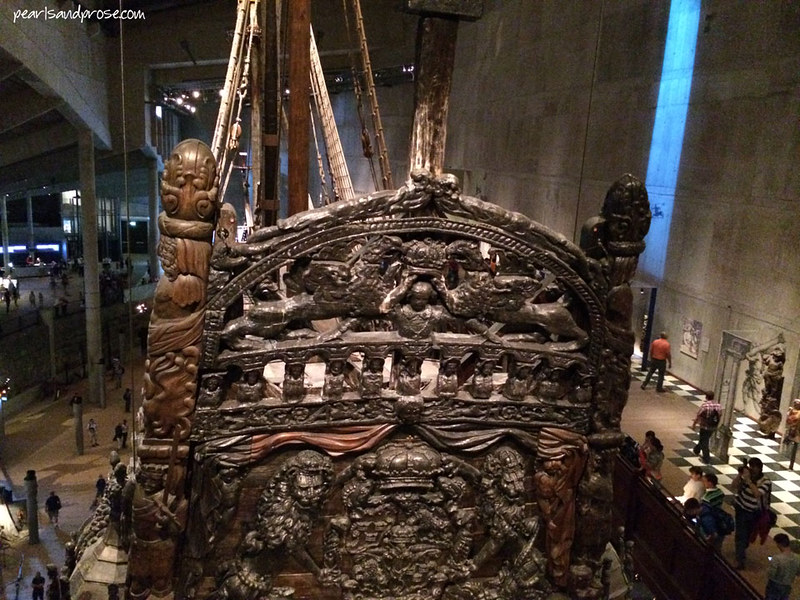 The stern castle. Isn’t it amazing that the wood carving survived? Or that anything survived all those years?

Over a hundred crewmen were on board, as well as women and children. The crew had permission to take family and guests along for the first part of the passage through the Archipelago. Not all perished, fortunately. 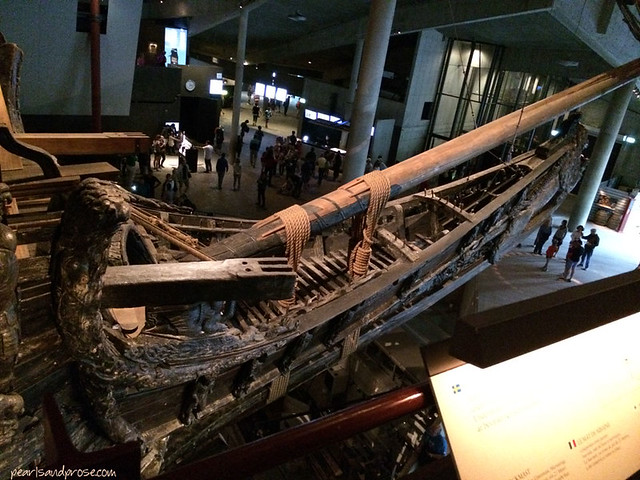 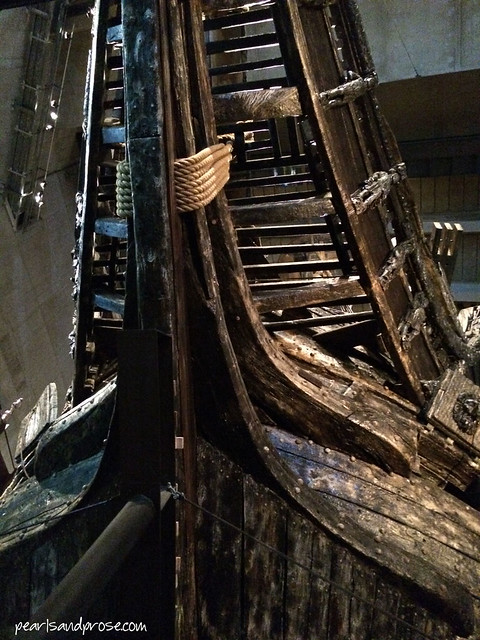 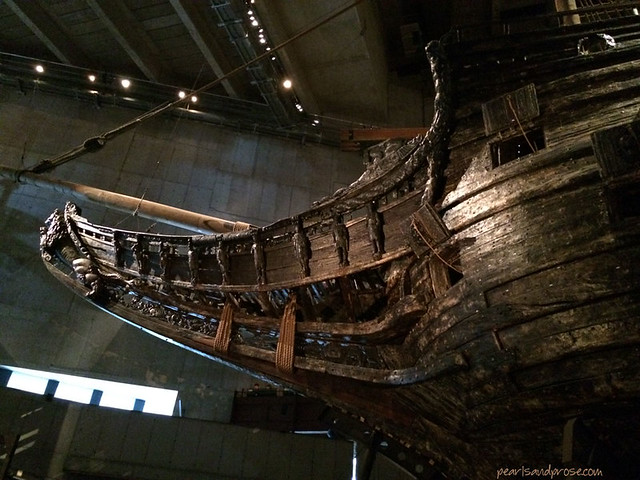 Vasa has had certain parts that were missing or heavily damaged replaced. The replacement parts have not been treated or painted, but the lighting was so dim I couldn’t tell. Looking at the photos last night, I noticed the ropes look pretty new. 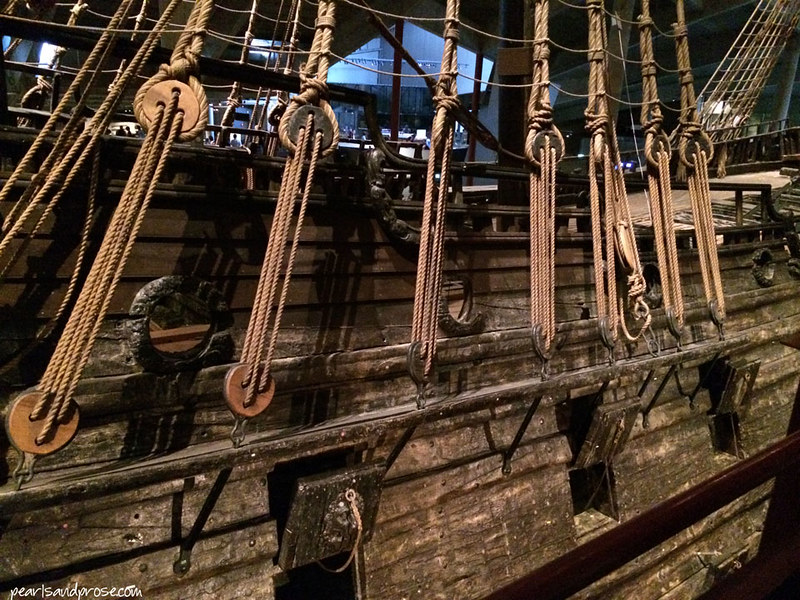 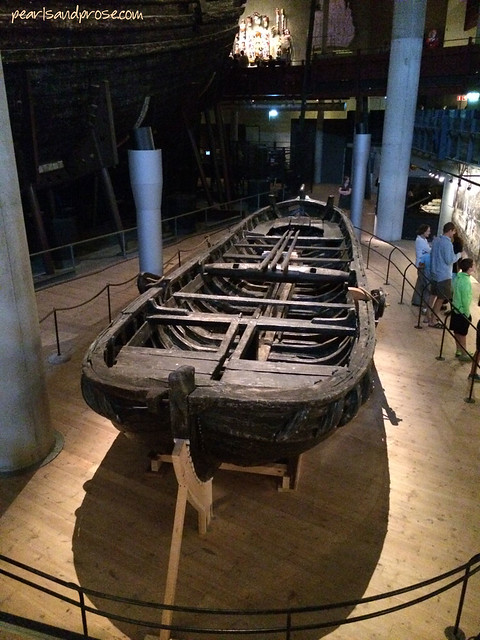 The last thing raised from the Vasa wreck site in 1967 was the ship’s longboat or Espingen. 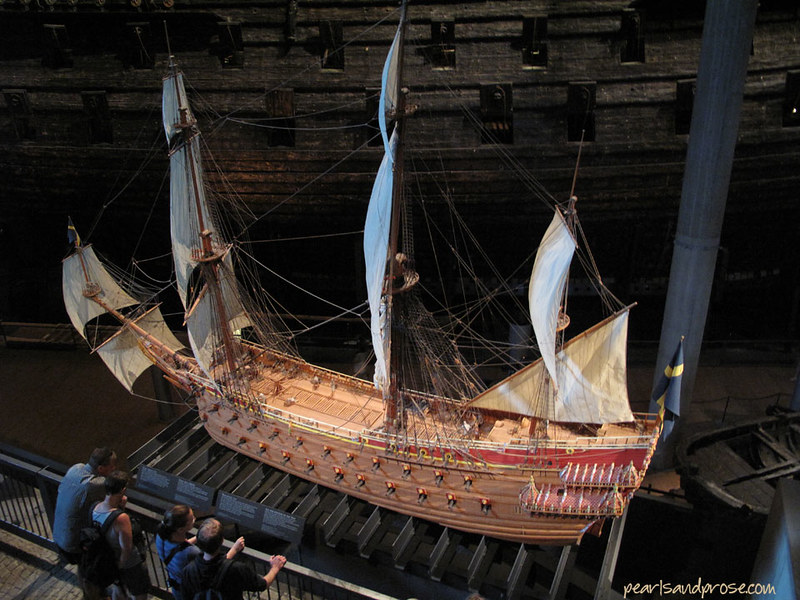 A model of the Vasa. Three centuries under water. Mind-boggling.

Photography. With a little life thrown in.
View all posts by pearlsandprose →
This entry was posted in photography and tagged Stockholm, Sweden, Vasa Museum. Bookmark the permalink.