The Church of the Savior on Spilled Blood

Posted on September 29, 2014 by pearlsandprose 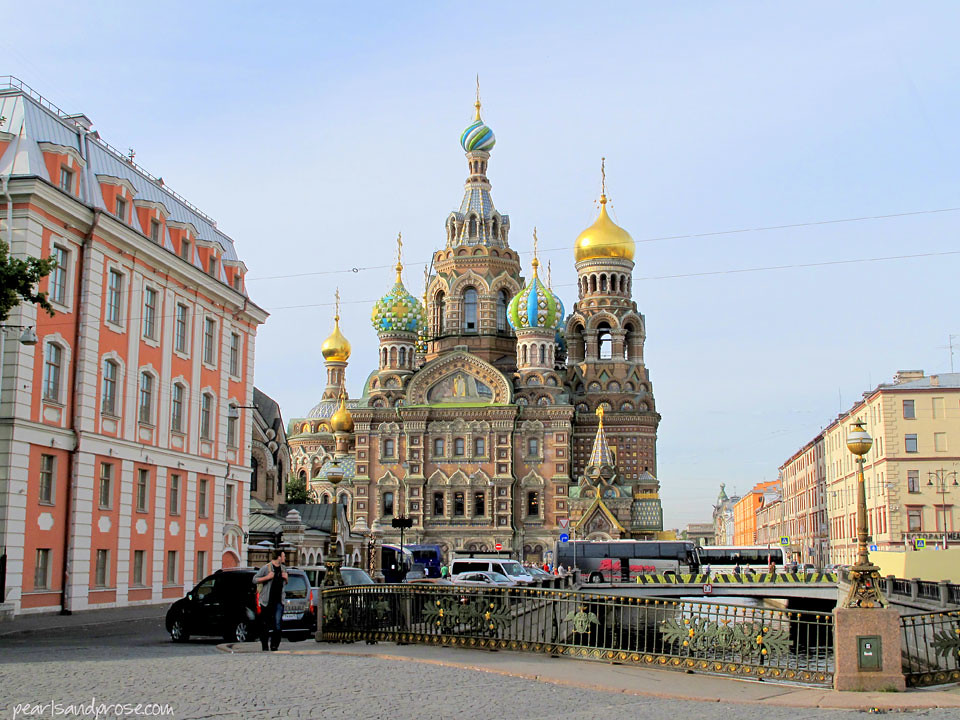 The Church of the Savior on Spilled Blood is one of the things I wanted to photograph most in St. Petersburg. It was built on the site where Tsar Alexander II was assassinated and was dedicated in his memory. Construction began in 1883 under Alexander III, as a memorial to his father, costing over 4.6 million.

Our group got there early, so we didn’t get to see the inside. One guy gave our guide a really hard time about it and I felt sorry for her. The reason was something about a parking problem, but I had read the tour description and it said photography fees for the inside were covered by the cruise company. Wouldn’t that tell you we were going to see the interior? I mentally gnashed my teeth for a minute, then spent the free time capturing the church from different angles: 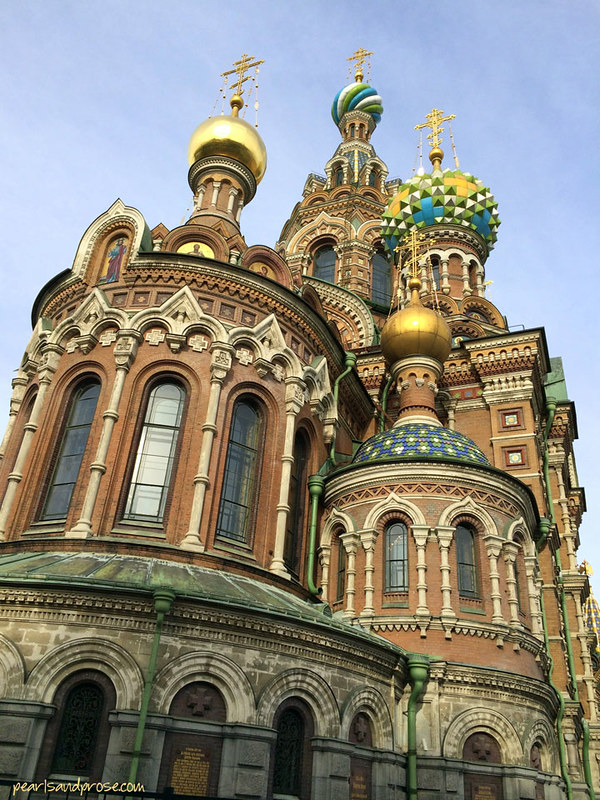 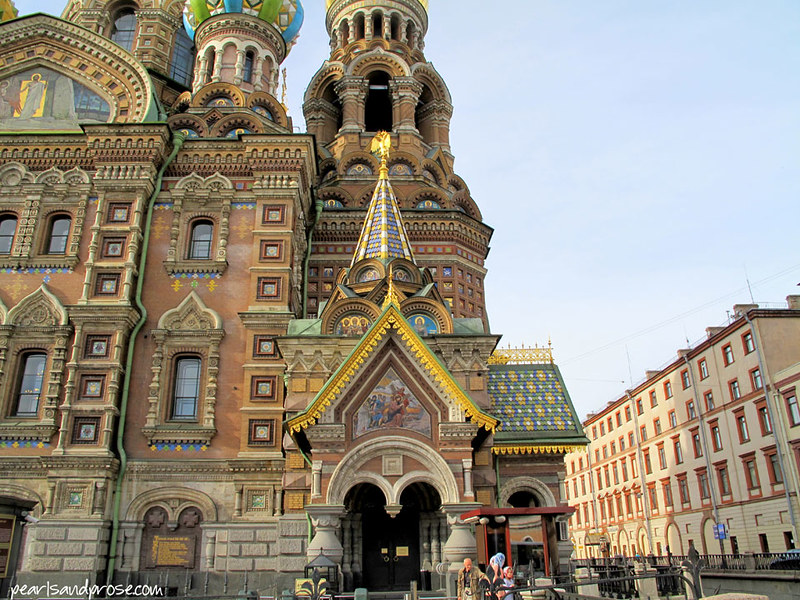 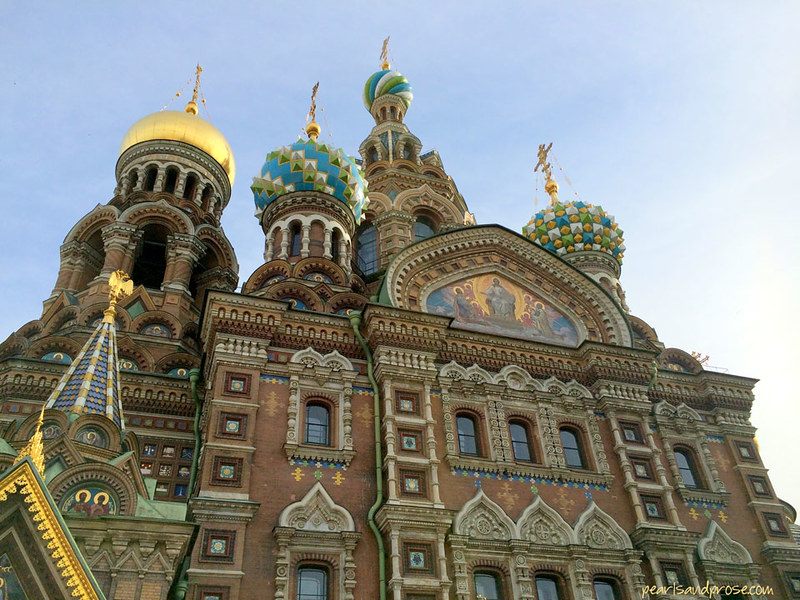 The church was modeled after St. Basil’s Cathedral in Moscow, another place I’d like to photograph. 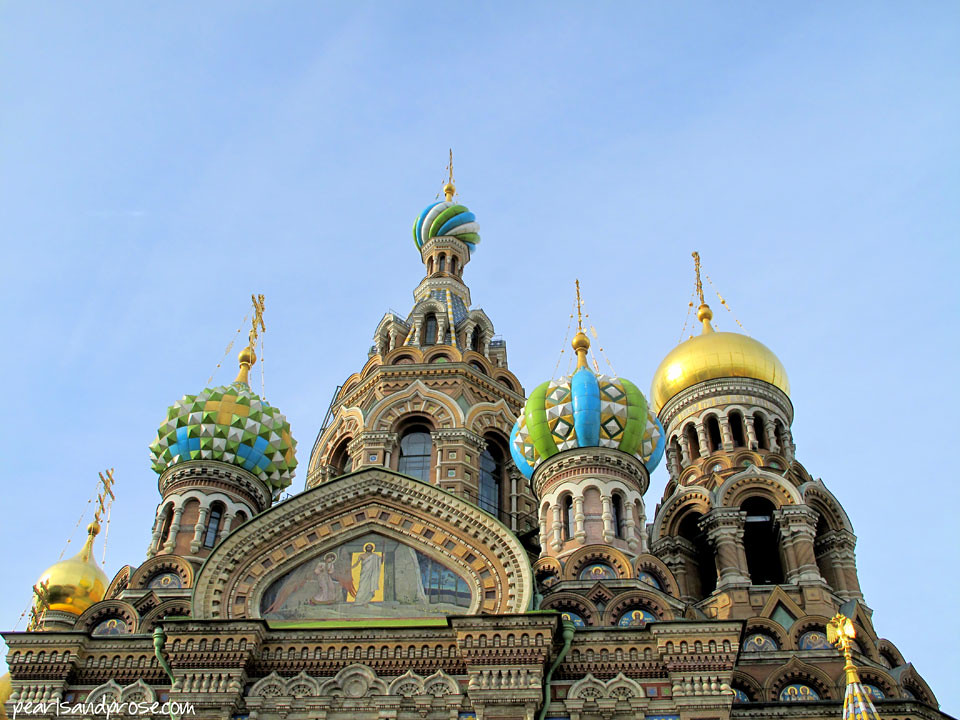 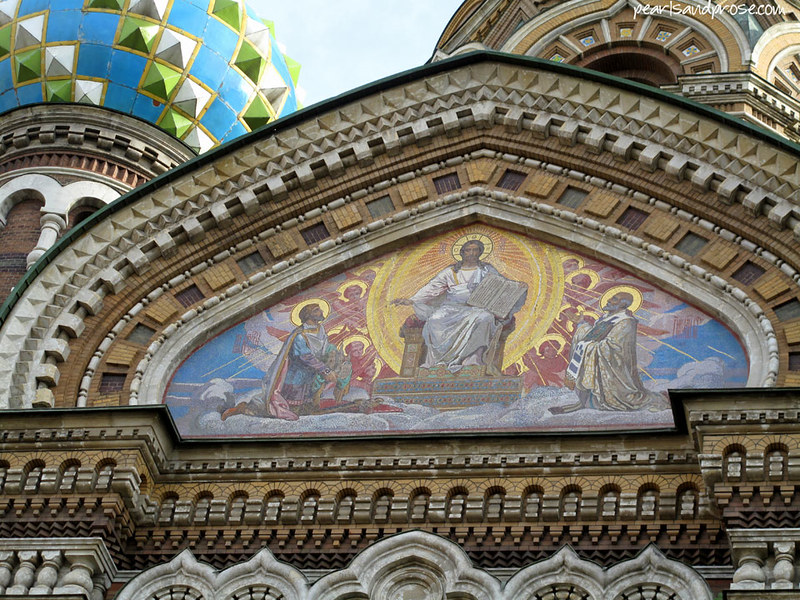 The Soviets closed the church in the early 1930s. During the Second World War when many people were starving due to the Siege of Leningrad by Nazi German military forces, the church was used as a temporary morgue for those who died in combat and from starvation and illness. 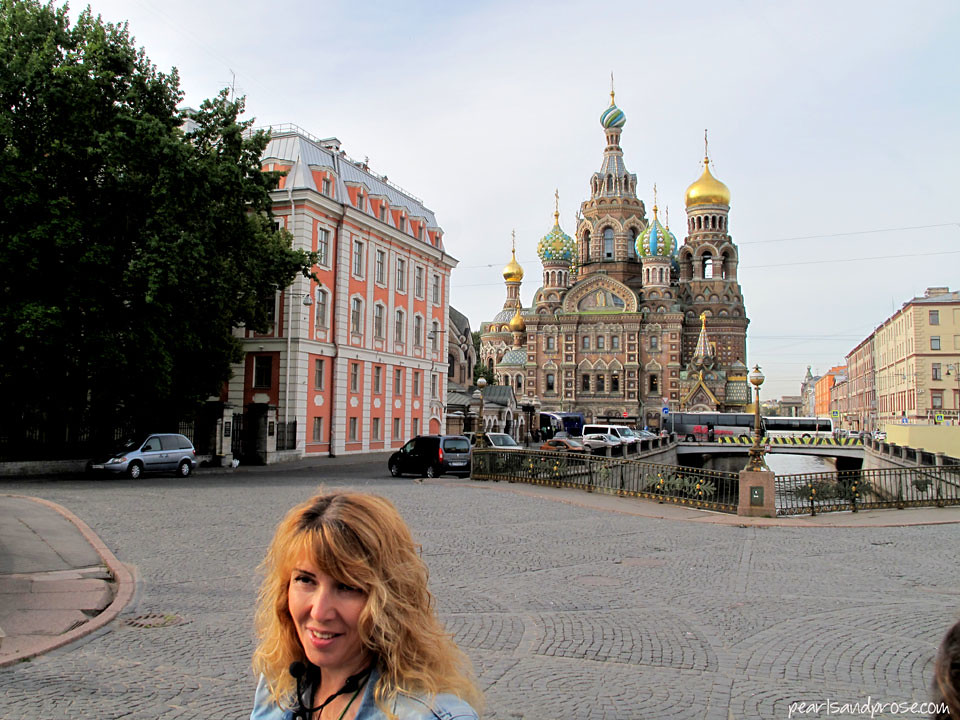 Our very knowledgeable guide. I have to say something about the guides on our trip: they were all incredible. This particular guide spoke practically nonstop for hours. And not just small talk. Interesting historical facts about the sites we were seeing and the city itself. No notecards, nothing. We found out later that guides in the city have to spend their own money to be re-certified every year. Some ride trains for two hours into St. Petersburg and they don’t find out which tour they’ll be giving until they show up for work.

I didn’t feel too bad about missing the inside until later, when we learned that the church contains over 80,000 square feet (7500 square meters) of mosaics! If you’d like to see them, here’s a short video.

The Church the Savior on Spilled Blood is not used as a full-time place of worship; it is a Museum of Mosaics.

I’m going to take a short break while I work on making blog changes and re-doing my office space. Yes, that’s me: do everything at once. 😉 Hope to be back next week.

Photography. With a little life thrown in.
View all posts by pearlsandprose →
This entry was posted in photography and tagged Church the Savior on Spilled Blood, Russia, St. Petersburg. Bookmark the permalink.

8 Responses to The Church of the Savior on Spilled Blood