A Shaky Start and Some iShots

Hi, everyone! I made it back from the Baltic. The trip was fantastic, even better than I’d hoped. I’m dealing with some major jet lag (it is three a.m. as I write this) but will have some trip photos on Tuesday. I took a lot, so there’s a bit of work ahead for me.

The trip had only one snafu: my flight out of San Diego. I got a call from Delta the night before saying we’d leave an hour later. When I got to the airport, the flight was delayed two hours. I asked why and was told the pilot’s seat was broken and needed to be replaced. She also said it would be a “quick fix.” This was a new one for me.

We boarded the plane at eleven a.m. and were just about to take off when the guy a row ahead of me started pushing his call button. The flight attendant asked whoever was doing it to stop and the guy continued. So weird! Finally she came back and confronted him and he refused to give his name. That’s in violation of the law, so we had to return to the gate! The next thing I knew, these guys were in the aisle: 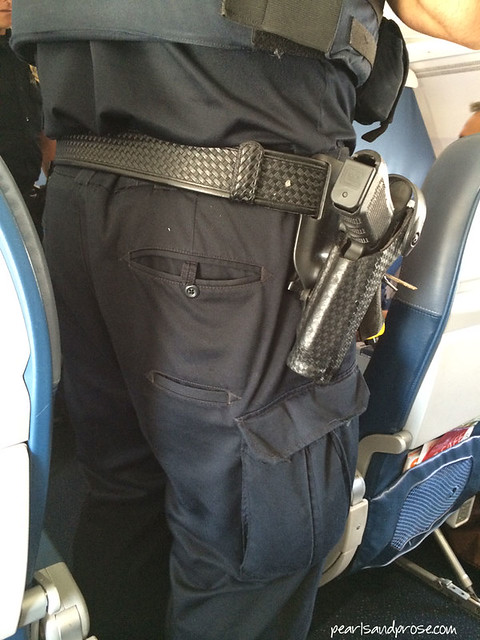 They escorted the unruly passenger off the plane and we were finally on our way.

Here are some iPhone shots I took from the air: 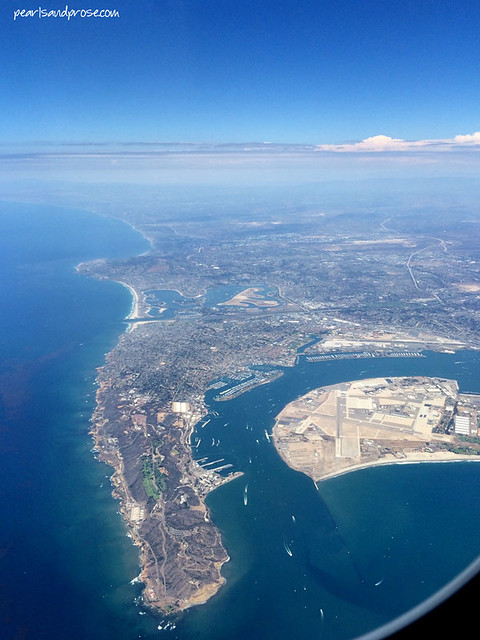 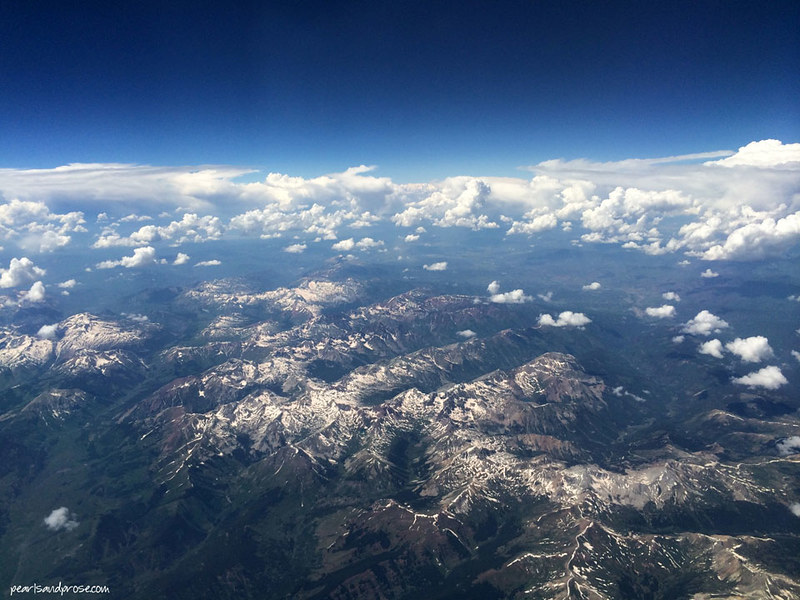 I don’t know where this is, but it was cool to see snow in July. 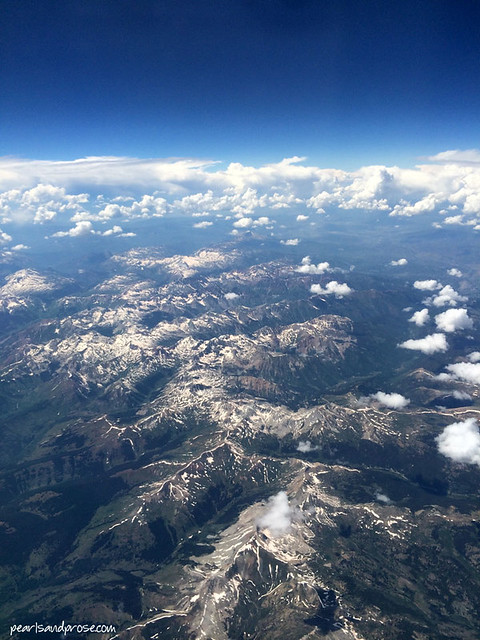 Somewhere between San Diego and Minneapolis.

14 Responses to A Shaky Start and Some iShots