Memorial Day is this coming Monday. It’s an American holiday, observed on the last Monday of May, honoring the men and women who died while serving in the U.S. military. Originally known as Decoration Day, it began after the Civil War and became an official federal holiday in 1971.
It’s also the unofficial start of summer here. 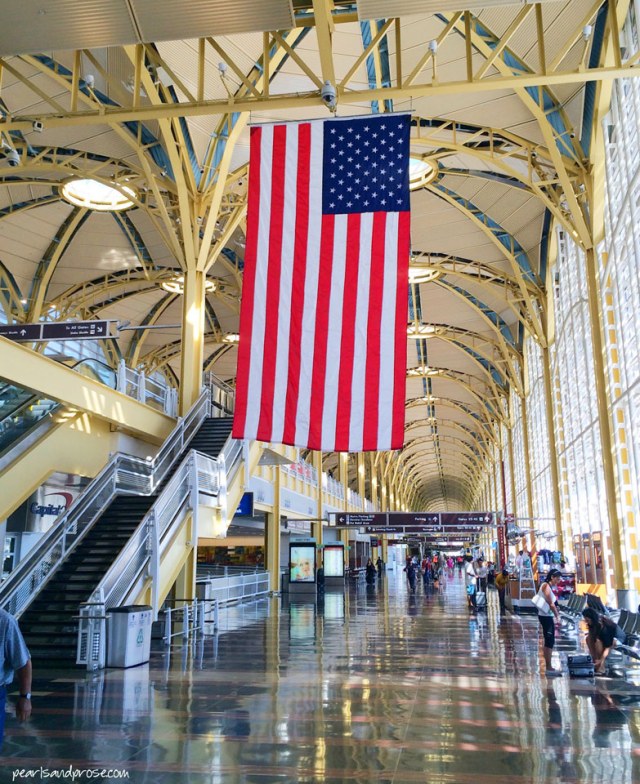 Re-posting a shot taken in Reagan National Airport a few years back.

Photography. With a little life thrown in.
View all posts by pearlsandprose →
This entry was posted in photography and tagged iPhoneography, Memorial Day, Reagan National Airport, U.S. flag, Washington D.C.. Bookmark the permalink.