Lübeck is a city in northern Germany and was the medieval capital of the Hanseatic League trading confederation. It’s known for brick Gothic architecture. In 2015, it had a population of 218,523. 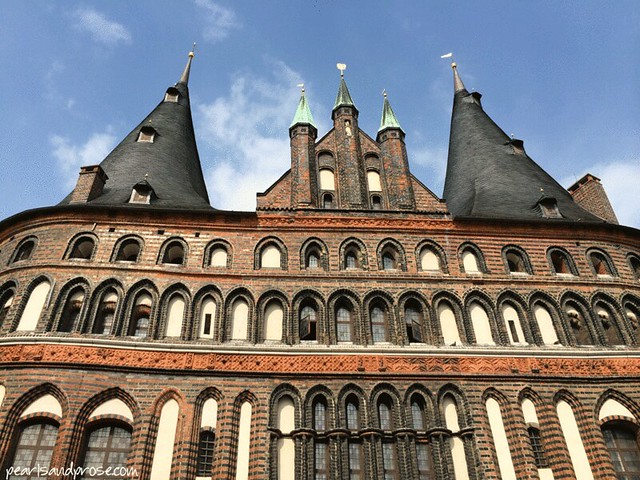 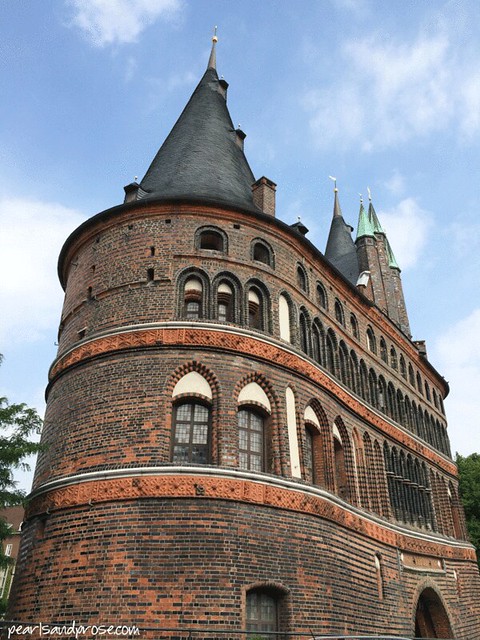 The Holstentor (Holsten Gate) is a city gate marking off the western boundary of the old center of the city. This brick Gothic construction is one of the relics of Lübeck’s medieval city fortifications and one of two remaining city gates. Holsten Gate was built between 1464 and 1478.
As early as 1901, the marzipan manufacturer Niederegger used the Holsten gate in its company trademark.

The Salzspeicher (salt storehouses) are historic brick buildings on the Upper Trave River next to the Holstentor, built in the 16th-18th Century.
The salt trade from the late Middle Ages was a major reason for the power of Lübeck and the Hanseatic League.

I loved the architecture in this city–it was like going back in time. 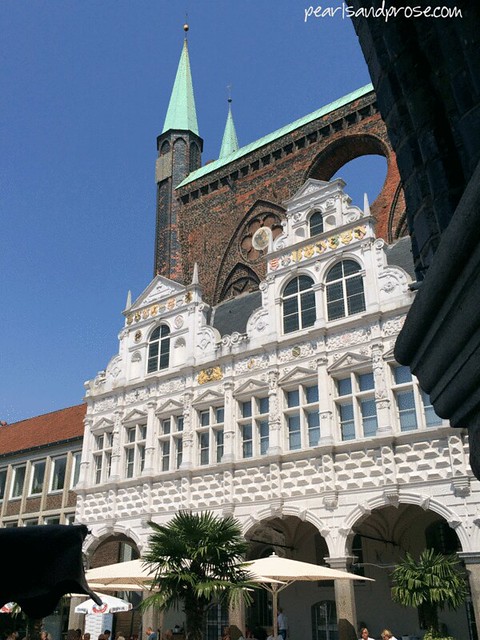 Lübeck’s Town Hall is considered one of the most beautiful town halls in Germany. From 1230, three gabled houses were constructed on the marketplace and extended over the next few centuries to create the Hansesaal (Hanseatic Hall). The Senate still convenes in the town hall, as it has since 1320.

It was pretty mind-blowing to think this marketplace existed in Medieval times. While we were there, a little fair was going on where vendors sold lebkuchen and other treats: 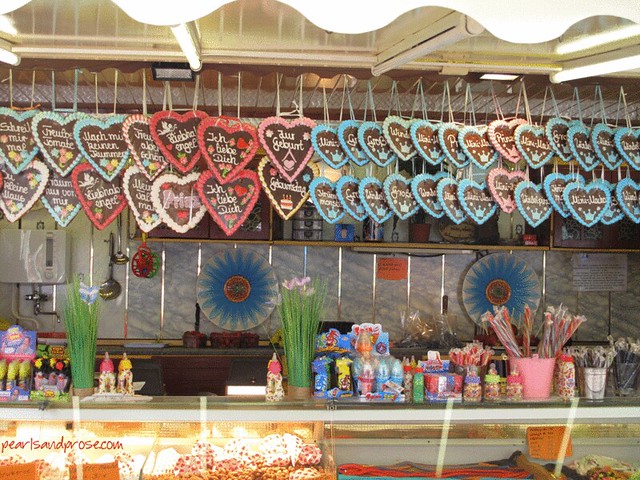 Oh, did that bring back memories of when I lived in Germany years ago. But we bought lebkuchen at Christmastime, not during the summer. It tastes a lot like our gingerbread. 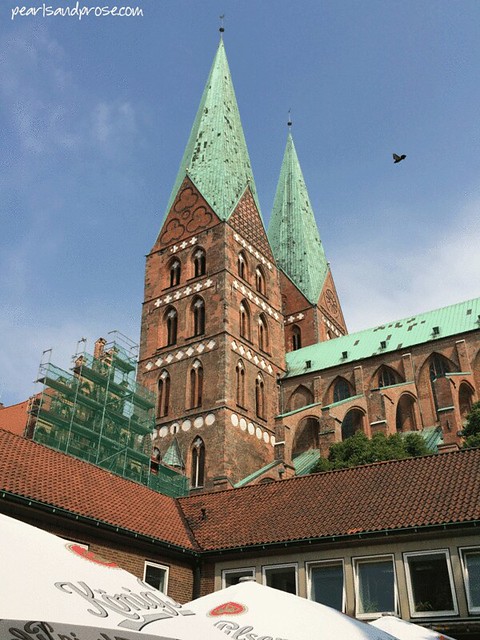 Marienkirche, or St. Mary’s Church, was built between 1250 and 1350 by Hanseatic merchants. 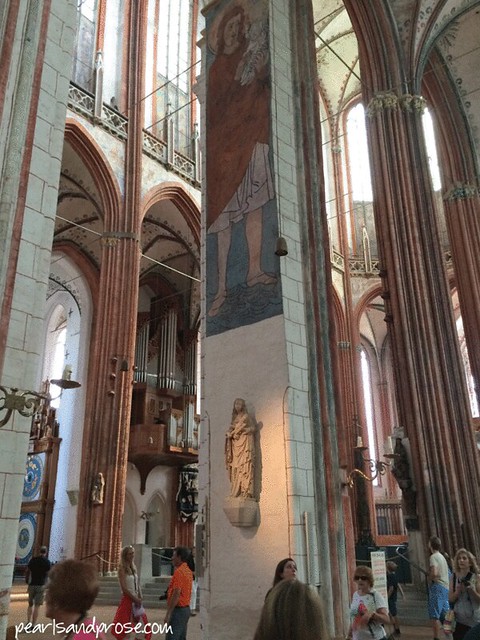 The ceiling was really high. The towers rise 410 feet. You can kind of get an idea of the scale by looking at the people. 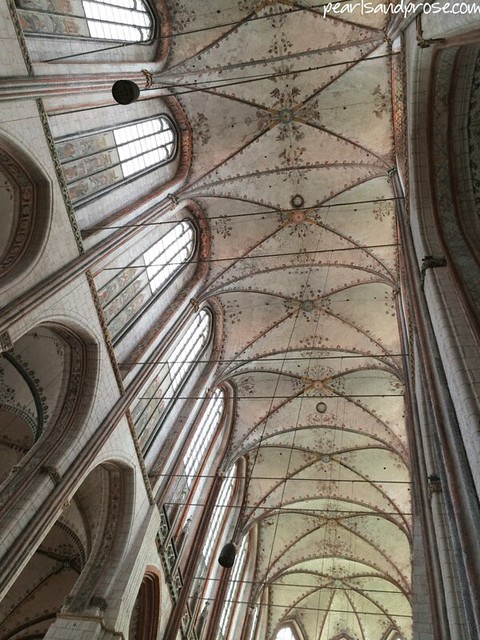 I’ve never seen a ceiling like this one before.

On Palm Sunday, 1942, Royal Air Force bombers attacked Lübeck in the first substantial air raid on a German city.
Bells hanging in the towers of St. Mary’s reportedly rang out as they fell into the blazing church.
The RAF’s bombing still seems unfair to Lübeckers. Before the war, Social-Democratic Lübeck had been staunchly anti-Nazi; the Senate even banned the future Führer from ranting in the city. Hitler remembered this and revoked Lübeck’s independent status. He also ordered the hanging of the Senate leaders. 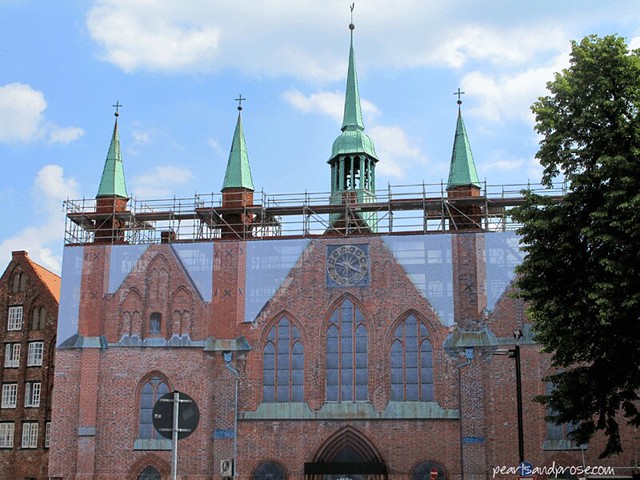 I do like the way they hide restoration work with these artistic covers. The same thing was done in St. Petersburg.

We really enjoyed strolling through the old town. So picturesque. 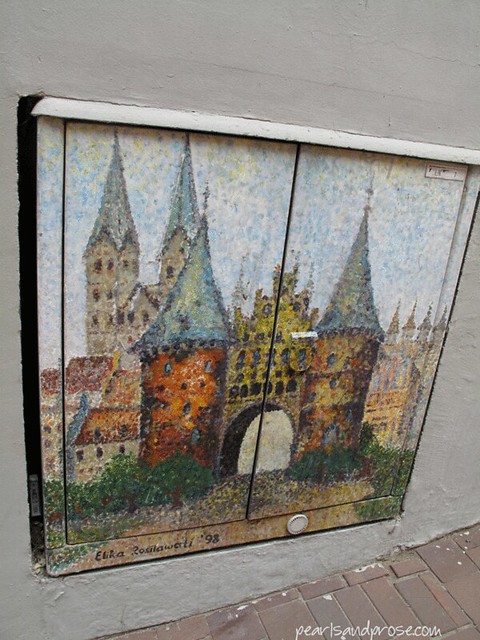 A wonderful mural showing the Holstentor. 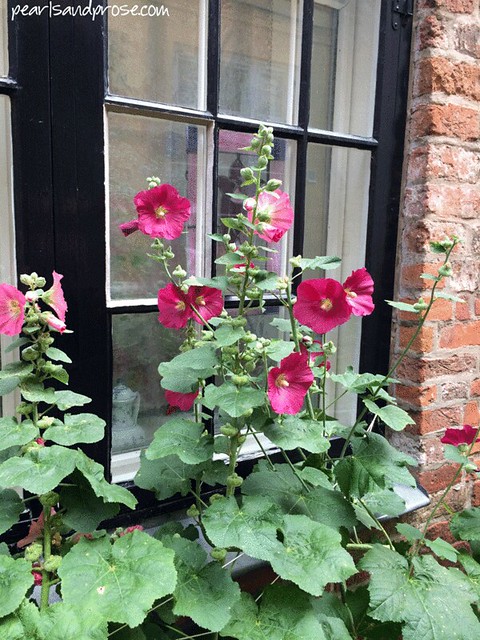 After I took this shot, an Asian tourist asked me what kind of flowers they were. She’d never seen hollyhocks before. 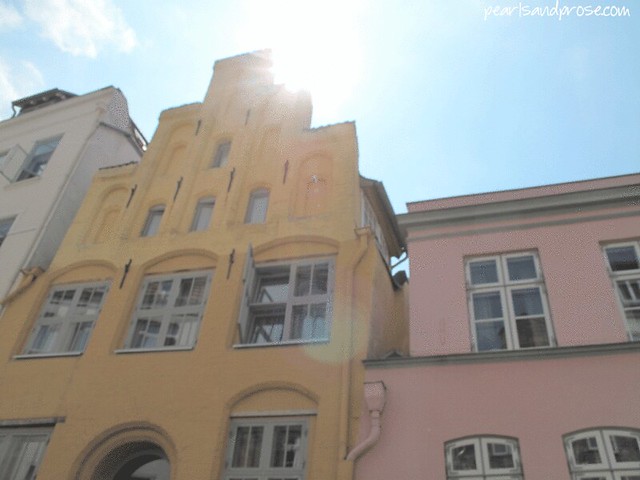 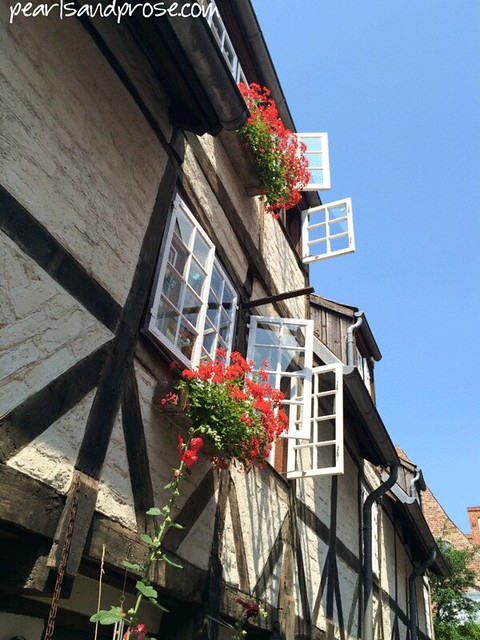