Flying Over a Glacier and More

Posted on December 3, 2015 by pearlsandprose

Denali (known as Mount McKinley when we were there) is the highest mountain peak in North America, with a summit elevation of 20,310 feet (6,190.5 m) above sea level. One of our friends and I had signed up to fly around the mountain, but there were too many clouds that day. We had a choice of flying over one of the glaciers, or waiting to see if the clouds lifted. We chose the former, since rain was forecast that afternoon. 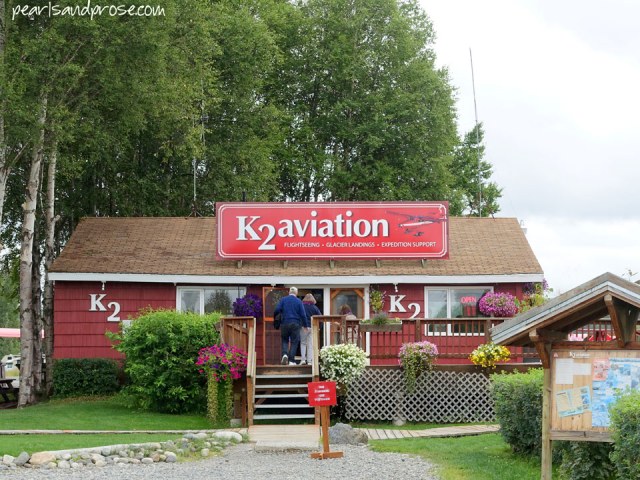 This is the company we used for our “flightseeing.” I highly recommend K2 Aviation!

We went up in this. Believe it or not, six of us fit inside. I used to be a little leery of small planes, but I loved this. I’m so envious of high school students in Alaska who get to fly their planes to school every day. My dad used to fly his own small plane and now I see why.

The hardest part was getting in that little plane! I am tall, so literally had to get on my knees to reach my seat. It was pretty comical. As you can see, we were given headsets so we could hear the pilot talk.
We sat in the last row, but had the bigger windows, thankfully.

Here’s what we saw along the way…. 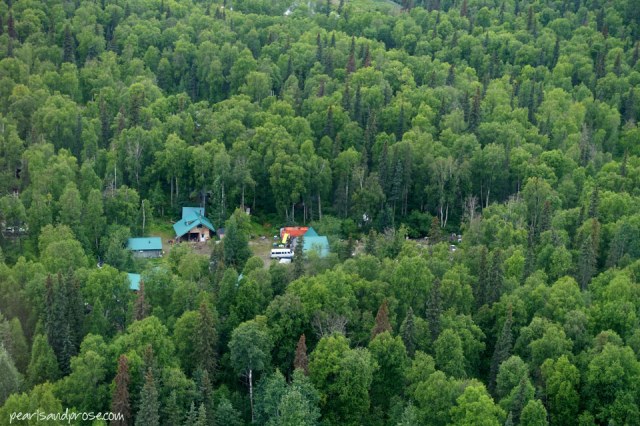 These “settlements” were few and far between.

No roads for miles, just trees and water. Electricity is really expensive out here, so generators and firewood are used to light and heat the homes. There are also “dry cabins.” No running water, no toilets, no showers. I just couldn’t. 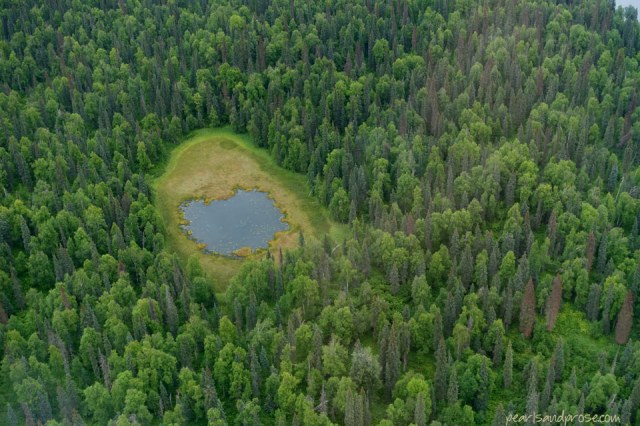 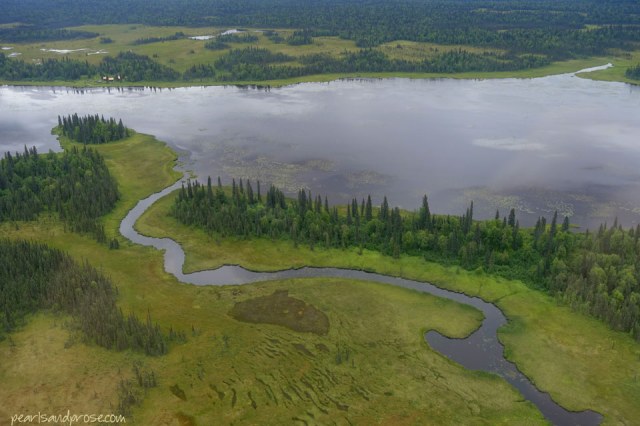 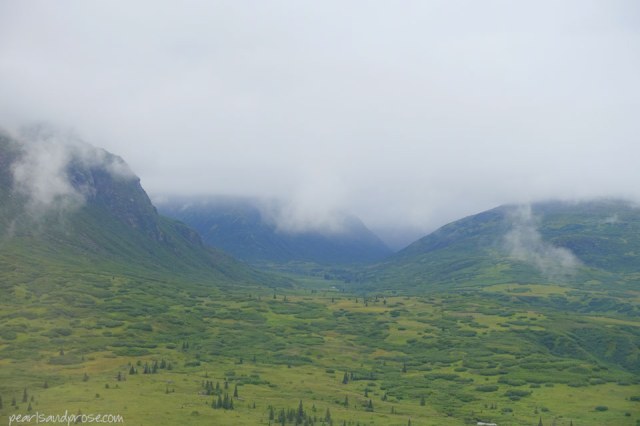 The closer we got to Denali, the cloudier it became.

Then the terrain changed.

Somewhere in the distance, Denali. Below us, the beginnings of one of the glaciers. 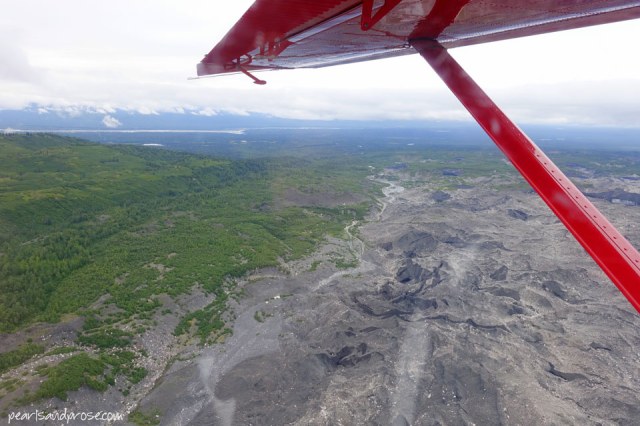 It was the strangest landscape I’ve ever seen. Evidently, when glaciers retreat, they often deposit large mounds of gravel, small rocks, sand and mud. It was almost like seeing the surface of the moon. 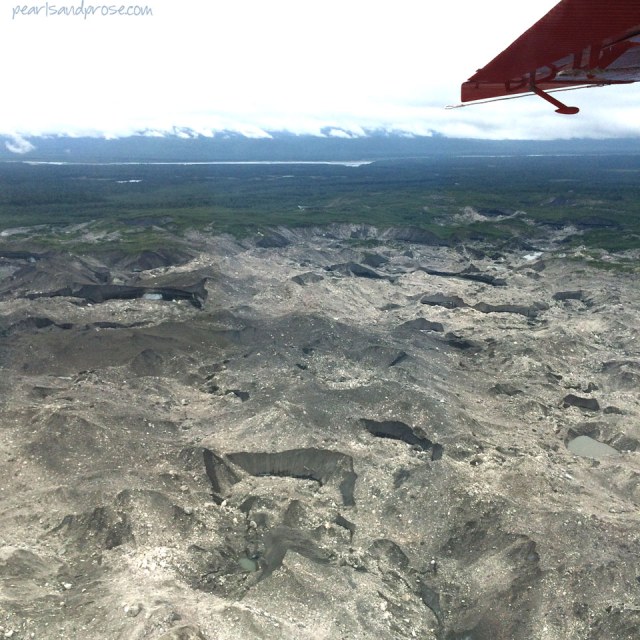 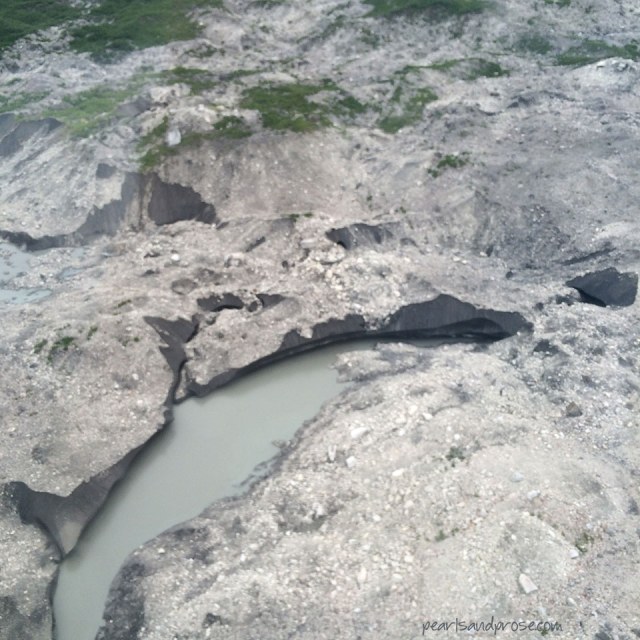 Photography. With a little life thrown in.
View all posts by pearlsandprose →
This entry was posted in photography and tagged Alaska, Denali, flightseeing, glacier, k2aviation. Bookmark the permalink.

16 Responses to Flying Over a Glacier and More