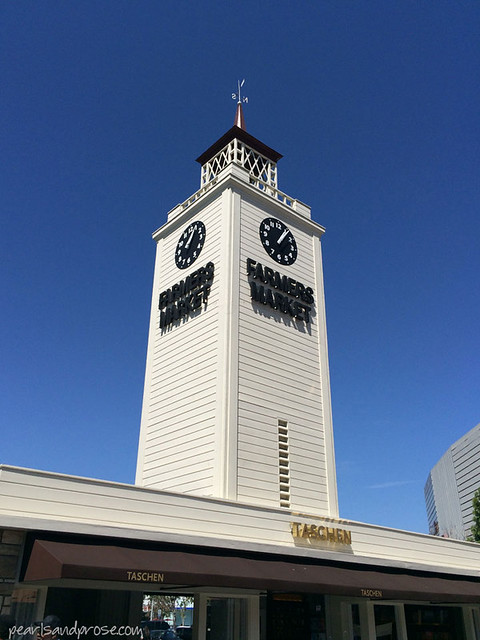 The Farmers Market in Los Angeles first opened in 1934, but was originally a dairy farm owned by A.F. Gilmore and a partner in 1870. Oil was actually discovered on the site in 1905 and the Gilmore Oil Company occupied the space.
The large derricks were eventually outlawed, and the land remained empty until 1934 when two businessmen, Fred Beck and Roger Dahlhjelm, approached A.F.’s son, Earl Bell, with the idea of letting farmers and merchants park their trucks at the corner of Third and Fairfax and sell fresh produce from the back of the trucks. By October 1934, the market was really popular, and more farmers and merchants moved into permanent stalls.

I think that’s what surprised me the most: that the market is permanent. I should have known this, because it’s so old, but it just didn’t occur to me. I was expecting lots of fresh produce and flowers, but they were in short supply. No matter. The place oozes retro charm and is a great spot for eating and people-watching. Jimmy Kimmel often shoots segments of his show here and the market was the setting for an episode of Entourage. Let’s stroll through it…. 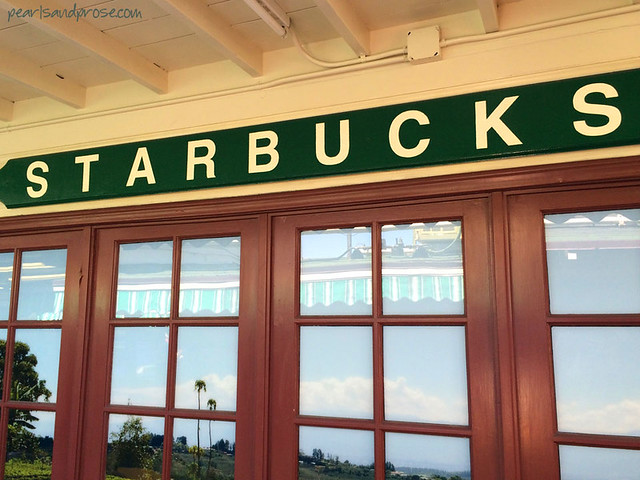 I love the vintage look of this Starbucks sign. 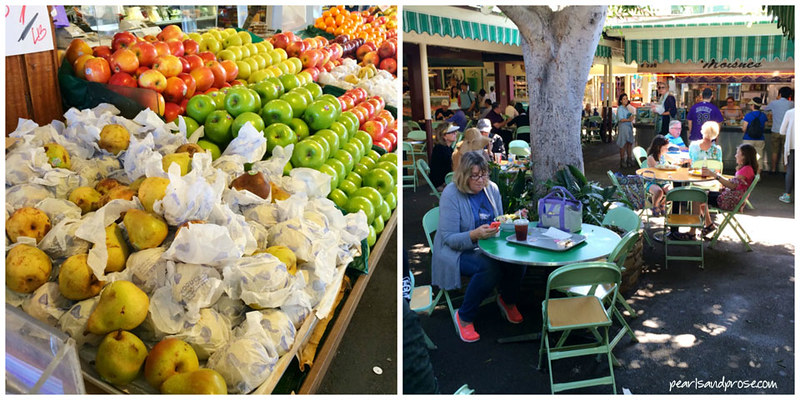 All of the produce photos were shot at this particular stand. I didn’t really notice the tree in the second photo until I looked on the computer. 🙂 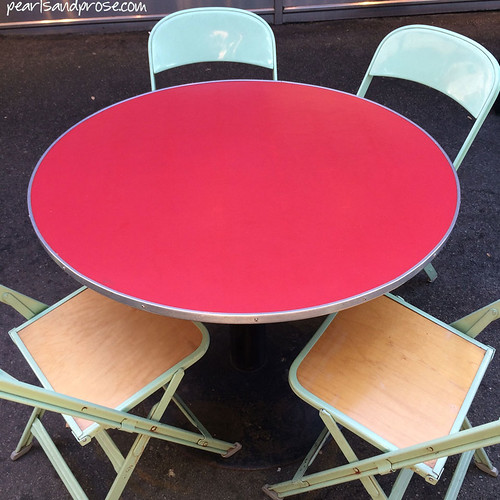 I also liked all the colorful tables with mint-colored chairs. 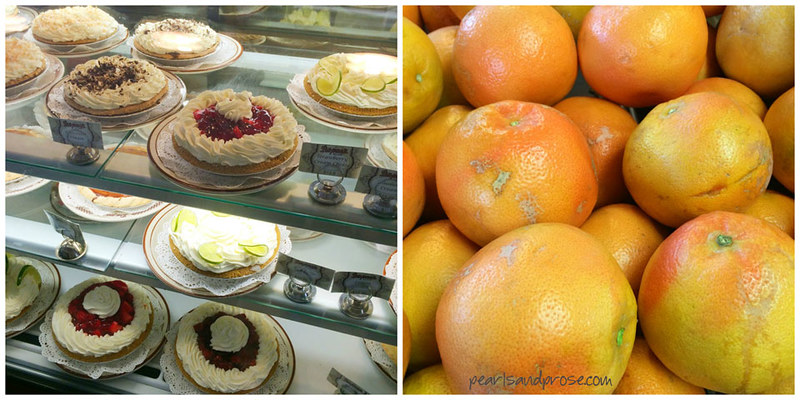 The pies were even more drool-worthy in person. 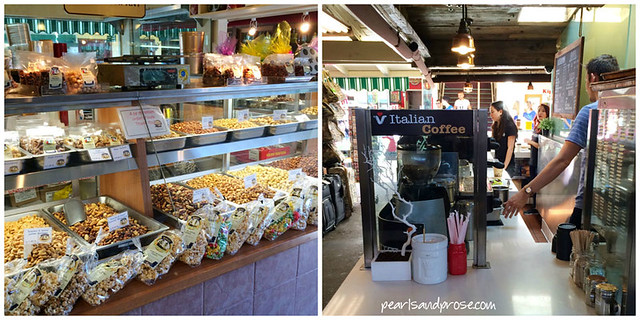 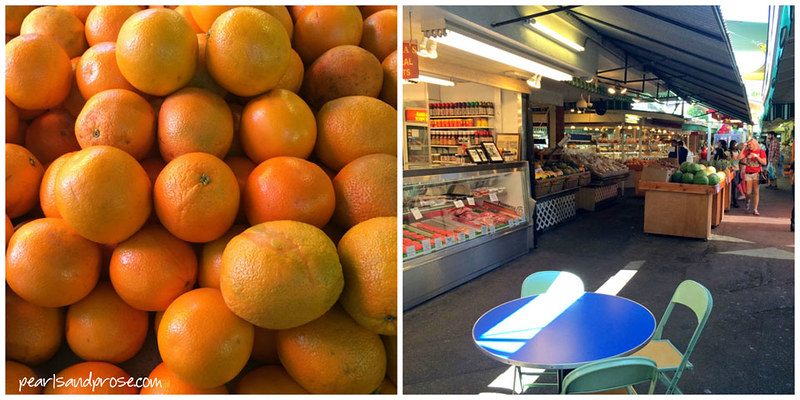 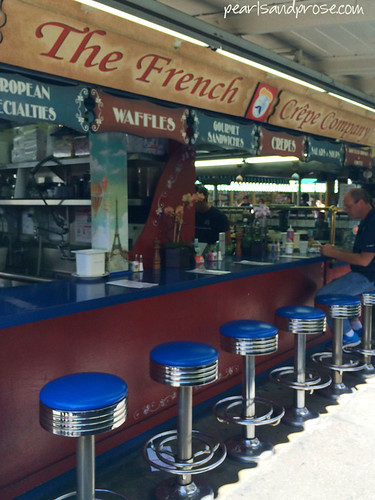 This crêperie looked so cute, but I have to confess I can’t stand crepes made in the U.S. I’ve tried many, and they’re either too rubbery or sweet or blah-tasting. American crêpes just can’t compare to the ones I had in Bretagne. Best ever. 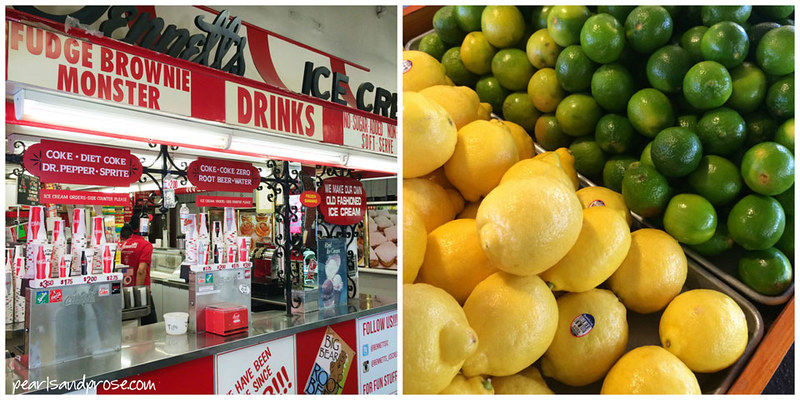 The “fudge brownie monster” sounded amazing, but we decided on ice cream at this place: 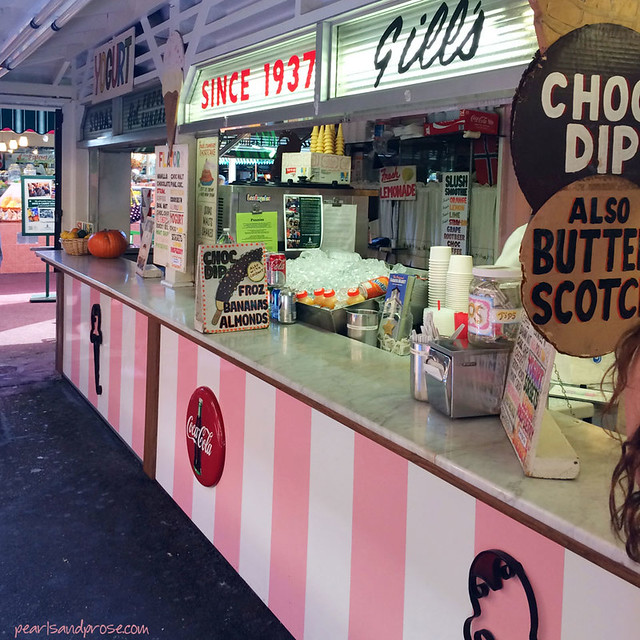 The coffee ice cream was fantastic. 🙂

Photography. With a little life thrown in.
View all posts by pearlsandprose →
This entry was posted in photography and tagged California, fresh produce. Bookmark the permalink.