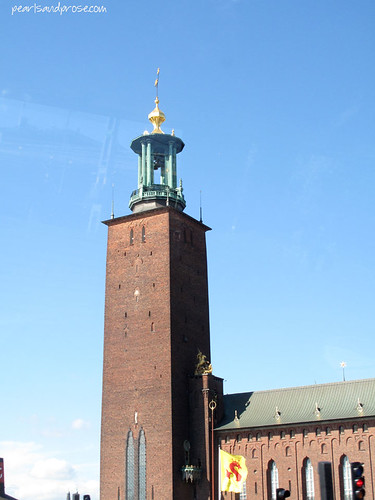 Stockholm’s City Hall. It houses Nobel Hall where they have the Nobel ceremonies, and was completed in 1923.
I took this shot of the exterior from the shuttle bus because I knew I wouldn’t get a chance to shoot it when we went in. I learned that lesson in St. Petersburg, big time. 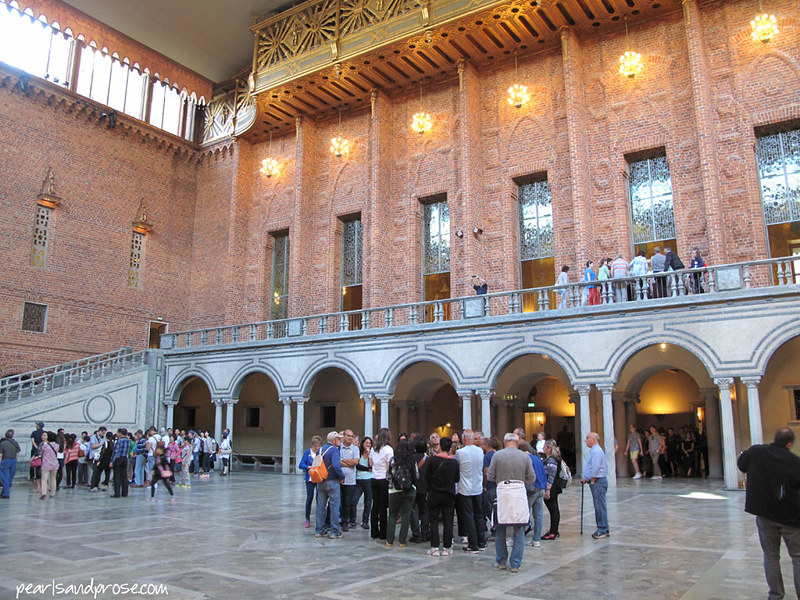 The Blue Hall (Blå hallen) is the main hall and is best known for the annual Nobel Banquet after the Nobel Prize award ceremony. The walls were supposed to be done in blue mosaic tiles, but architect Ragnar Östberg changed his mind and used unfinished red bricks. For some reason the name stuck. 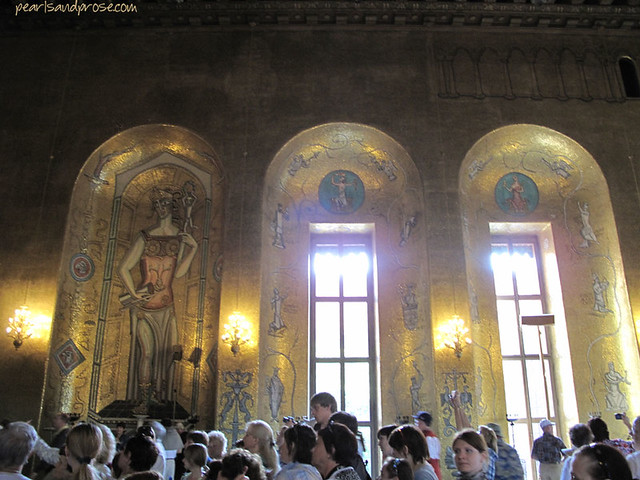 Up the stairs from the Blue Hall lies the Golden Hall (Gyllene Salen) named after the decorative mosaics made of more than 18 million tiles. The mosaics illustrate motifs from Swedish history. This is where they have the ball after the Nobel Banquet. 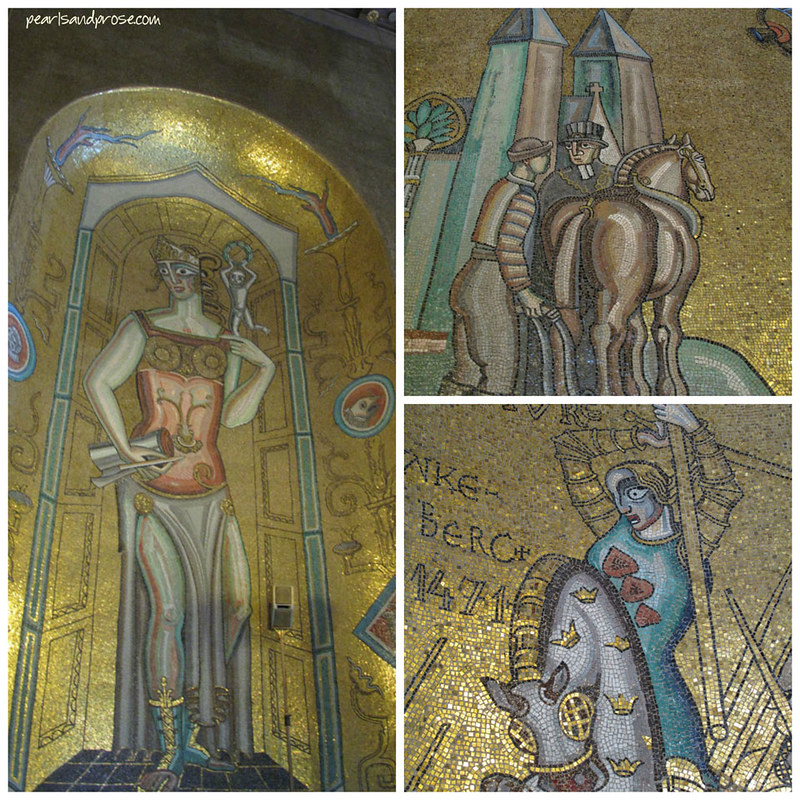 The mosaics were installed between 1921 and 1923 by the firm Puhl & Wagner in Berlin. 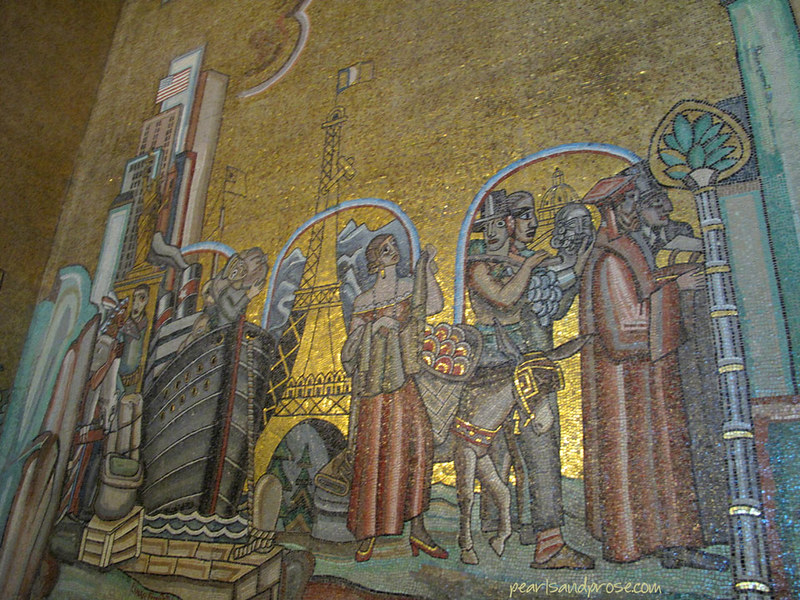 You may recognize the Eiffel Tower in this one. 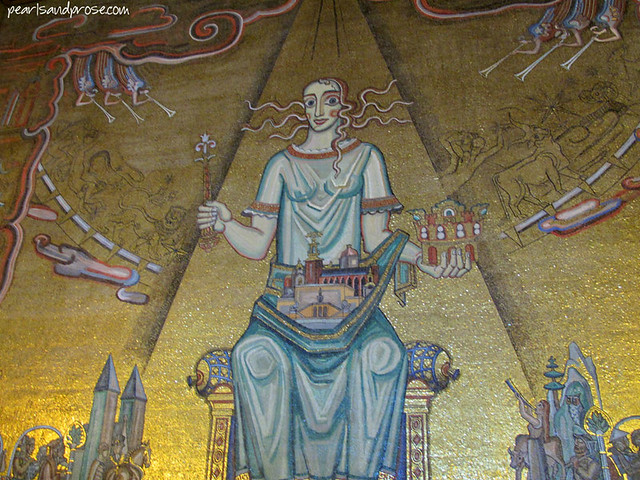 I have to say, it was pretty cool to see the gold lit up by sun streaming through the windows. 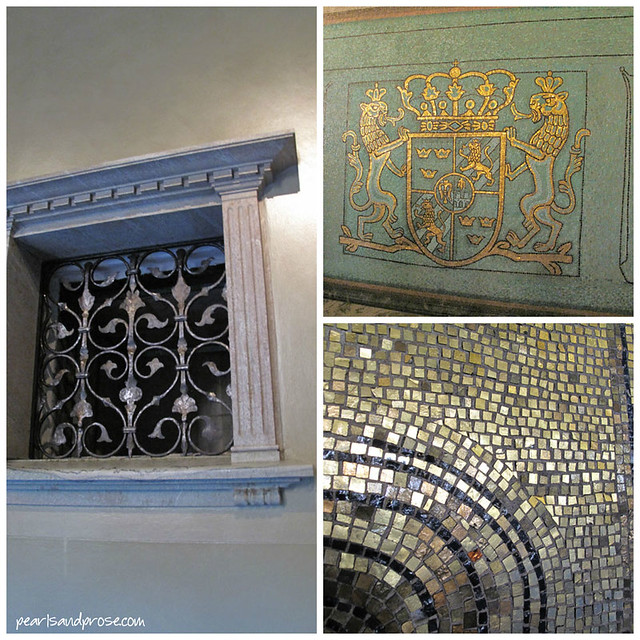 Details in the hall and a close-up of the mosaic tiles. 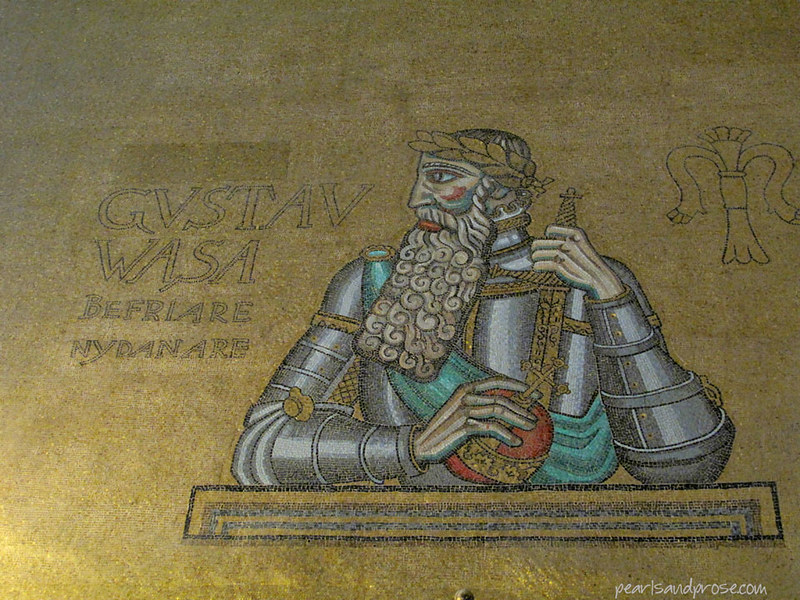 Gustav Vasa. The building was inaugurated on June 23, 1923, exactly 400 years after Vasa’s arrival in Stockholm. He was king from 1523 until 1560, and his grandson was responsible for building the Vasa ship. 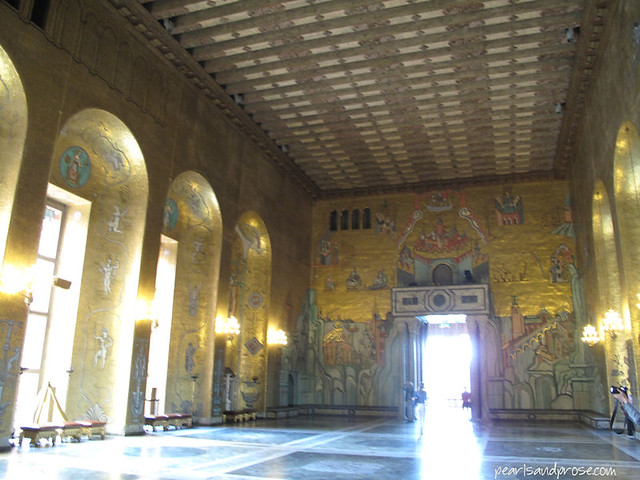 As you can see, nearly everyone is gone. I took this on the fly to give an idea of the size of the hall. 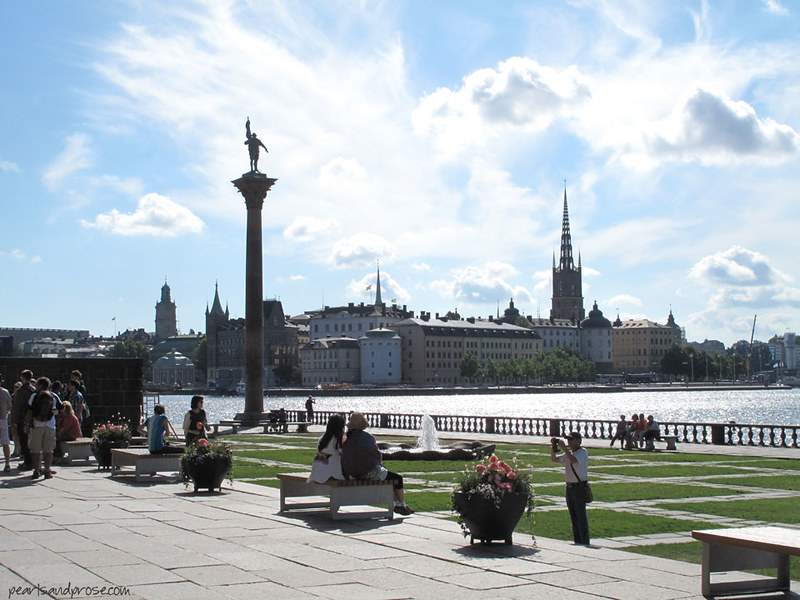 Outside, a beautiful view. I believe that is the island of Riddarholmen and the Riddarholmskyrkan, the royal burial church since the 17th century.
I wish we’d had more time in Stockholm!