Not Your Everday Tat

Posted on February 9, 2015 by pearlsandprose

I’d like to thank those of you who left kind comments and sent me private emails and texts. It was really comforting to read them in such a sad time. The woman who passed away was like a second mom to me and I knew her from the age of two. She was a truly remarkable person and I will write about her one day.

I had to fly through Dallas, and when I got on my connecting flight, I glanced up and saw this: 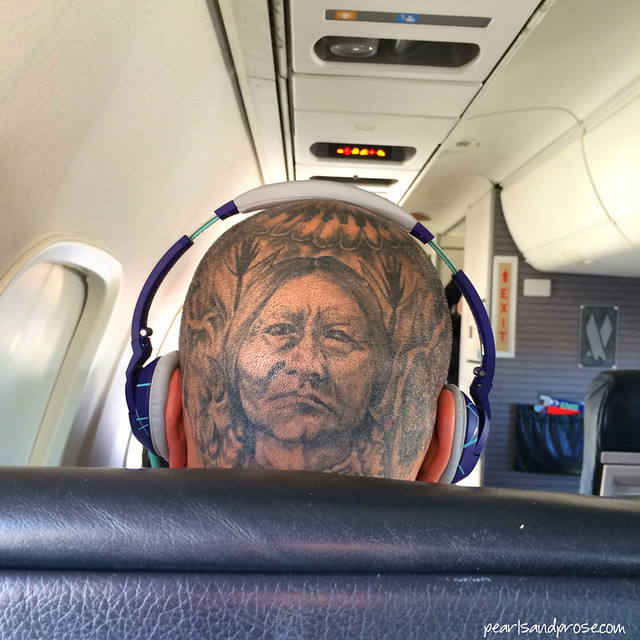 At first I thought it was an interesting hat. Then I looked a little more closely and realized it was the guy’s head. And it was covered in one of the most intricate tattoos I’ve ever seen. Actually, I’ve never seen a tattoo that big on anyone’s head. It took me a minute, but then I recognized the subject: Chief Sitting Bull.

I found this photo on Wikipedia to be sure:

Sitting Bull was the Native American leader who helped defeat George Armstrong Custer at the Battle of the Little Bighorn, better known as Custer’s Last Stand.

The guy was traveling with his wife and young daughter and they were Native American.

Now I’m wondering how the tattoo will last, since he has to shave his head regularly. Won’t it eventually come off like wood that’s been sanded?

Photography. With a little life thrown in.
View all posts by pearlsandprose →
This entry was posted in photography and tagged Tattoo of Sitting Bull. Bookmark the permalink.

8 Responses to Not Your Everday Tat