Posted on September 23, 2014 by pearlsandprose 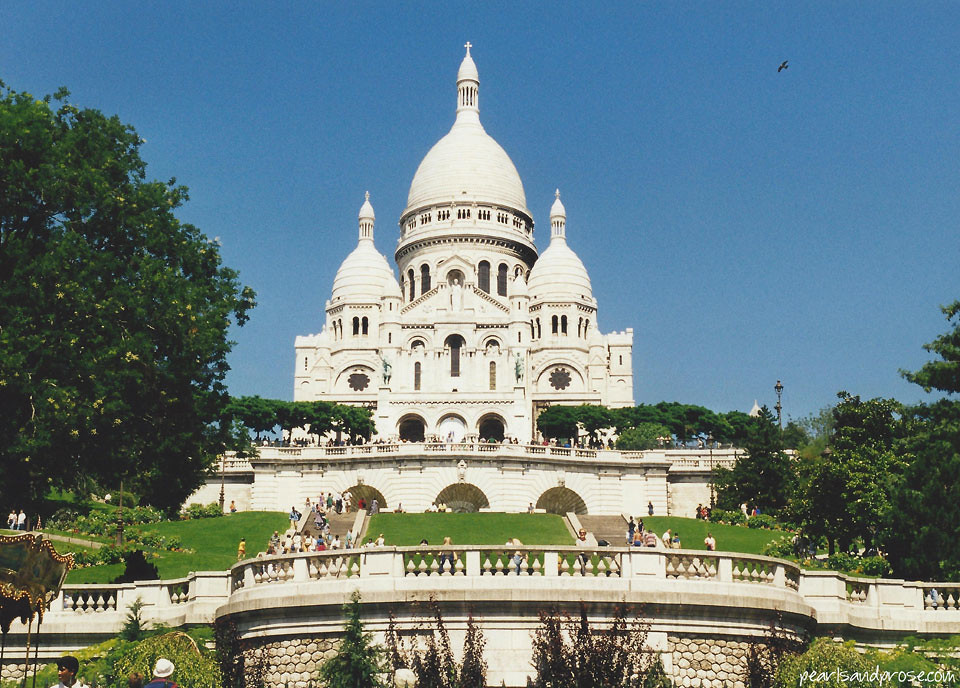 One of my favorite places in Paris is the Basilica of the Sacred Heart, or “Sacré-Cœur.” It’s just so different, so starkly white against the deep blue sky. Did you know that the basilica is constructed of travertine stone which exudes calcite? This ensures that the structure remains white despite weathering and pollution. 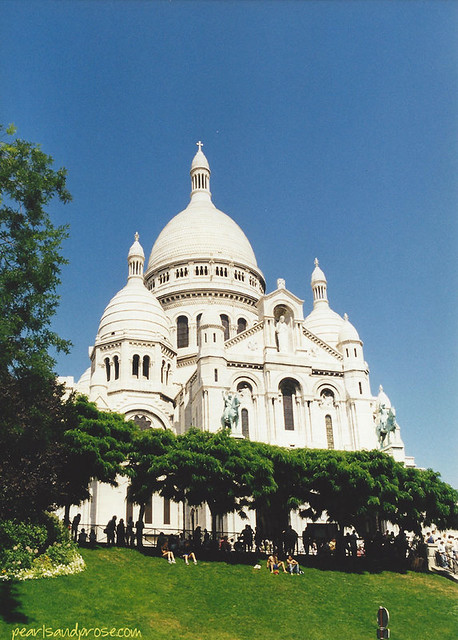 The basilica was designed by Paul Abadie, who won a competition over 77 other architects. Construction began in 1875 and was finished in 1914. Sadly, Abadie died not long after the foundation had been laid, and five architects finished the work. 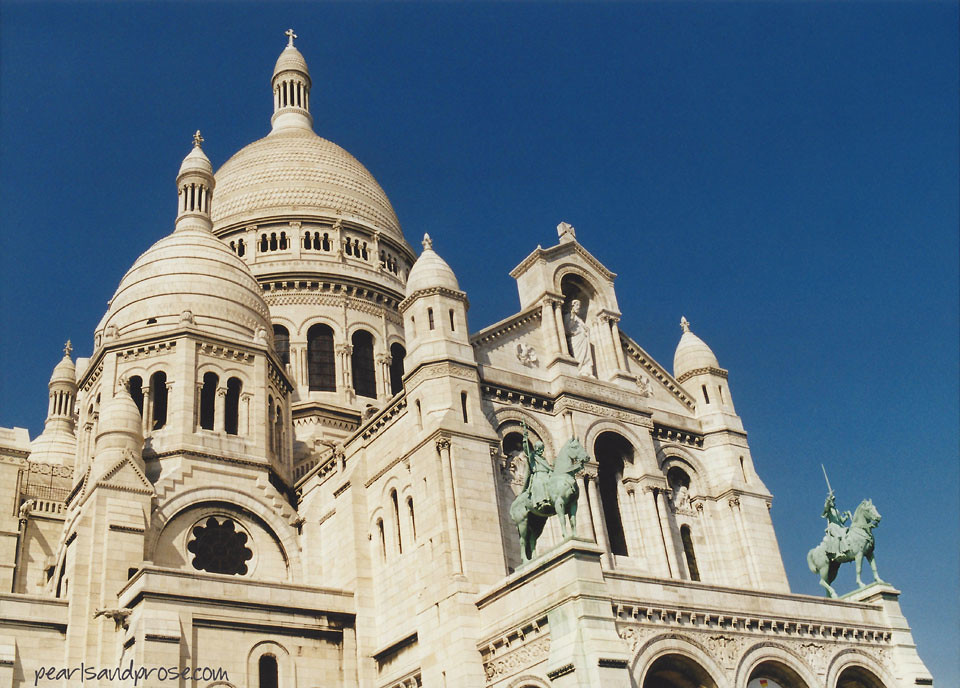 One tip: there’s a funicular that leads to the top of the Butte Montmartre on which Sacré-Cœur stands. It’s a lot easier than climbing the more than 300 steps!
Also, you can go to the top of the dome for incredible views of Paris.

Photography. With a little life thrown in.
View all posts by pearlsandprose →
This entry was posted in photography and tagged France, Paris, Romano-Byzantine architecture. Bookmark the permalink.