Posted on October 7, 2010 by pearlsandprose 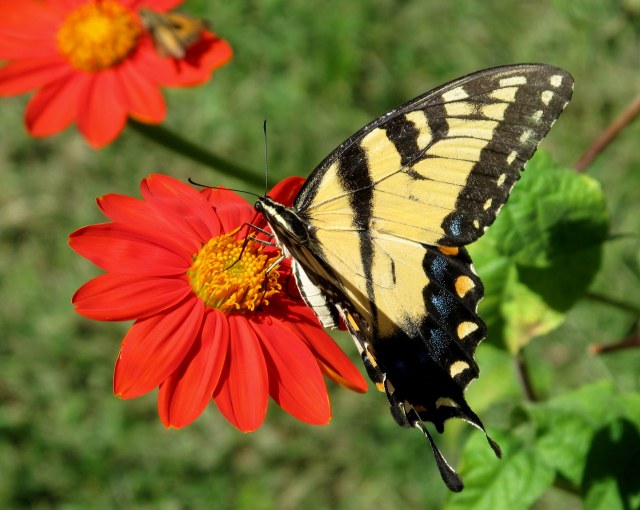 This may be my only butterfly shot! I swear, the minute I pull out my camera they head for the hills. Every single time. This one mayhave been on tranquilizers, because he stayed put and didn’t move his wings constantly.

I thought this was a Monarch, but the folks at flickr told me it’s a Swallowtail. I had visions of butterflies eating their own tails until I found out the name comes from the bird named swallow. Did you know swallows have forked tails? Ravens have pointed tails and crows have rounded ones. Fascinating stuff, huh?

Alrighty then. I’ll be going out of town for a few days, so won’t be able to comment much until Tuesday. Hopefully I’ll remember how to post my blog on the iPhone. In the meantime, have a great weekend, everyone.

Photography. With a little life thrown in.
View all posts by pearlsandprose →
This entry was posted in photography and tagged Londontowne, maryland, Swallowtail butterfly. Bookmark the permalink.